We’re thrilled to welcome artist Juan Travieso to the Directory of Illustration! Juan specializes in acrylic painting and features mostly animals and other nature-inspired subjects in his work. His vibrant creations—often mistaken for digital renderings due to their geometric, pixelated compositions—transport viewers into a fascinating world of abstractions.

Currently based out of New Jersey and New York, Juan is originally from Havana, Cuba—the place to which he credits the birth of his artistic career. Since then, his work has been heavily influenced by his passion for biodiversity and environmentalism. Juan’s ongoing “Endangered Birds” series, for instance, brings attention to the preservation of endangered animals and reminds us of the beautiful species we risk losing due to humans’ careless treatment of the environment.

Check out a few of Juan’s captivating pieces below: 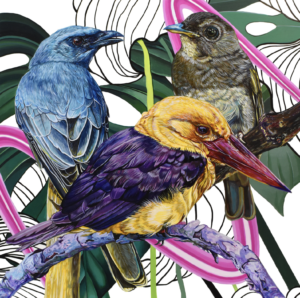 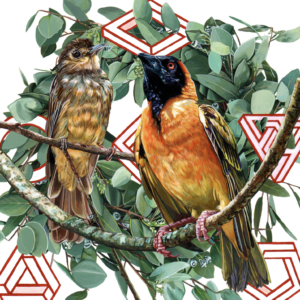 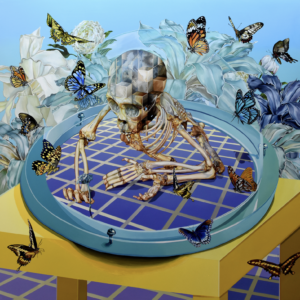 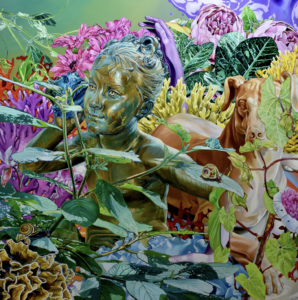 Juan’s most notable project in recent years is his collaboration with sparkling water brand Perrier on their #PerrierXWild campaign. For this project, Juan produced majestic animal designs that were featured on limited-edition Perrier cans, bicycles, T-shirts, backpacks and more as part of the brand’s effort to “awaken your wild side.” Juan’s designs were also featured on storefront displays and were adapted for murals and installations worldwide. Take a look at some of the artwork Juan designed for Perrier:

Read our interview with Juan Travieso below to learn more about his artistic influences, his passions for activism and environmentalism, his life-changing collaboration with Perrier and more. Explore Juan’s portfolio and website for additional work!

Directory of Illustration: How did growing up in Cuba influence your artistic style?

Juan Travieso: In Cuba, the government only permitted 30 mins of cartoons a day. I would wait by the TV eagerly, to watch the characters come to life and in an effort to hold on to them a bit longer, I began trying to draw them. Due to the lack of access, my artistic career was born. Other influences Cuba has had on my work are the desire to speak about nature and to do so using vibrant colors.

DOI: When did you discover your passion for activism and environmentalism? Is there one endangered species that you are most interested in?

JT: I discovered my passion for activism and environmentalism at a young age. I excelled in the sciences and took an interest in biodiversity as early as 10 years old. Things began to take a more serious shift for me in college. The biggest piece of advice, that I feel led me to diving into my series on endangered species, came from a professor in my undergraduate program. He urged us to read articles and pay attention to the issues that the world was facing, to take note of the ones that called to us, and to practice speaking about them in different artistic mediums. During this time, I became very aware of issues of endangerment, the mistreatment of animals, and the importance of biodiversity on our planet and felt called to address them. The species that I am most drawn to are Tigers.

DOI: Can you tell us more about your incredible collaboration with Perrier on the #PerrierXWild campaign?

JT: My collaboration with Perrier changed my life. It empowered me to feel comfortable collaborating with brands in unconventional ways. I was extremely lucky to have a team of people who were so committed to bringing this project to life in a new and exciting way. And when I say team, I mean TEAM! I was encouraged to bring my ideas to the table, which challenged me to think about art on a wider scale, a global scale.

One of the things that most excited me when working on this campaign, was the encouragement to approach the work as an extension of my own. Because of the nature of the packaging, many people assume that the designs were created digitally. However, each image used for the campaign was hand painted, on panel, and then adapted to the products.

I cannot speak highly enough about each person and agency that was involved in this project.

DOI: Are there any other new and exciting projects you’re currently working on or have recently completed?

JT: Some of the exciting things I am looking forward to are my murals. One with Sea Walls in New Zealand, another with the Bushwick Collective in Brooklyn, NYC, and another with Punto Urban Art Museum (PUAM) in Salem, Massachusetts. Along with a few gallery shows that I have lined up for the rest of the year.