All it takes is a quick glance at his portfolio to realize that Danny has an unmistakably unique style. That distinctive look has earned him favor with publications across the country. The Atlantic, The New York Times, The Los Angeles Times, Barron’s Weekly, The Wall Street Journal and The Washington Post are just a few of the editorial clients that he works with on a regular basis.

Below you can find a series of illustrations from Danny along with his own descriptions of each work.

To see more, check out Danny’s Directory of Illustration portfolio page or visit his website. 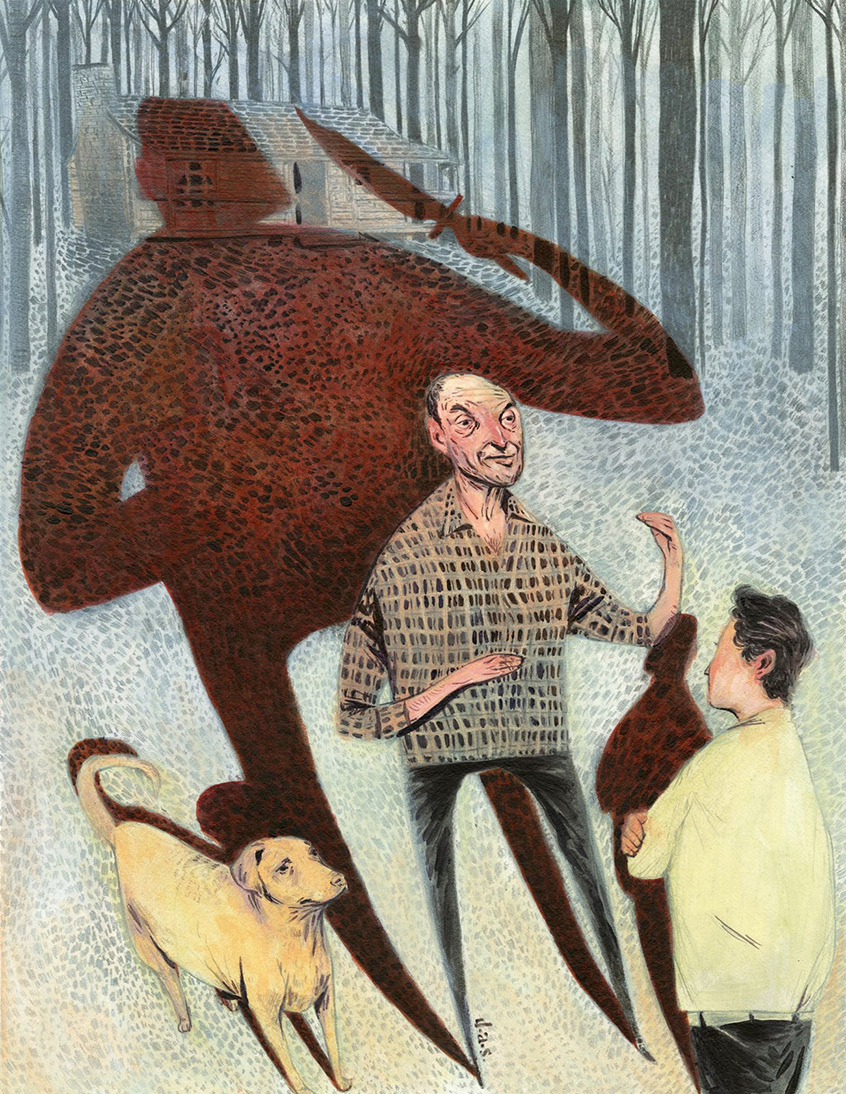 Sam Rael — a W&M alumni — was a budding film maker back in 1995 when he hired Gary Hilton as a story consultant for a horror movie he was shooting in Georgia. The film eventually finished shooting and the two went their separate ways — Rael continued making movies, and Hilton became something of a horror movie himself — he was arrested in 2008 for the murder of Meredith Emerson, as well as several others. (The College of William and Mary Alumni Magazine). 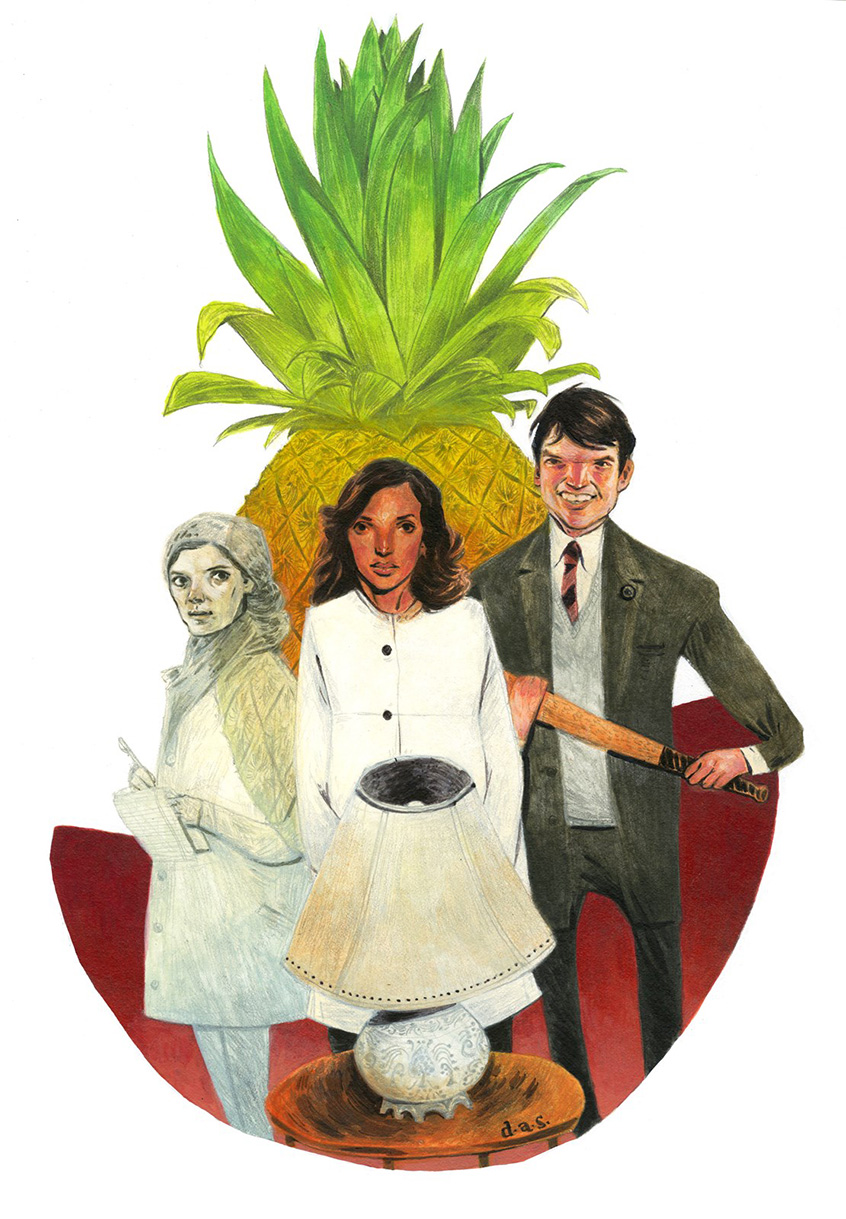 For the Los Angeles Times — the article was about a humorous alternative Golden Globes category for miscellaneous achievements in television, like how Psych had a pineapple in every single episode the whole series, or how Scandal hid Kerry Washington’s pregnancy for a whole season, or how intensely Veep lobbed insults at Jonah. There were many others. Great story. 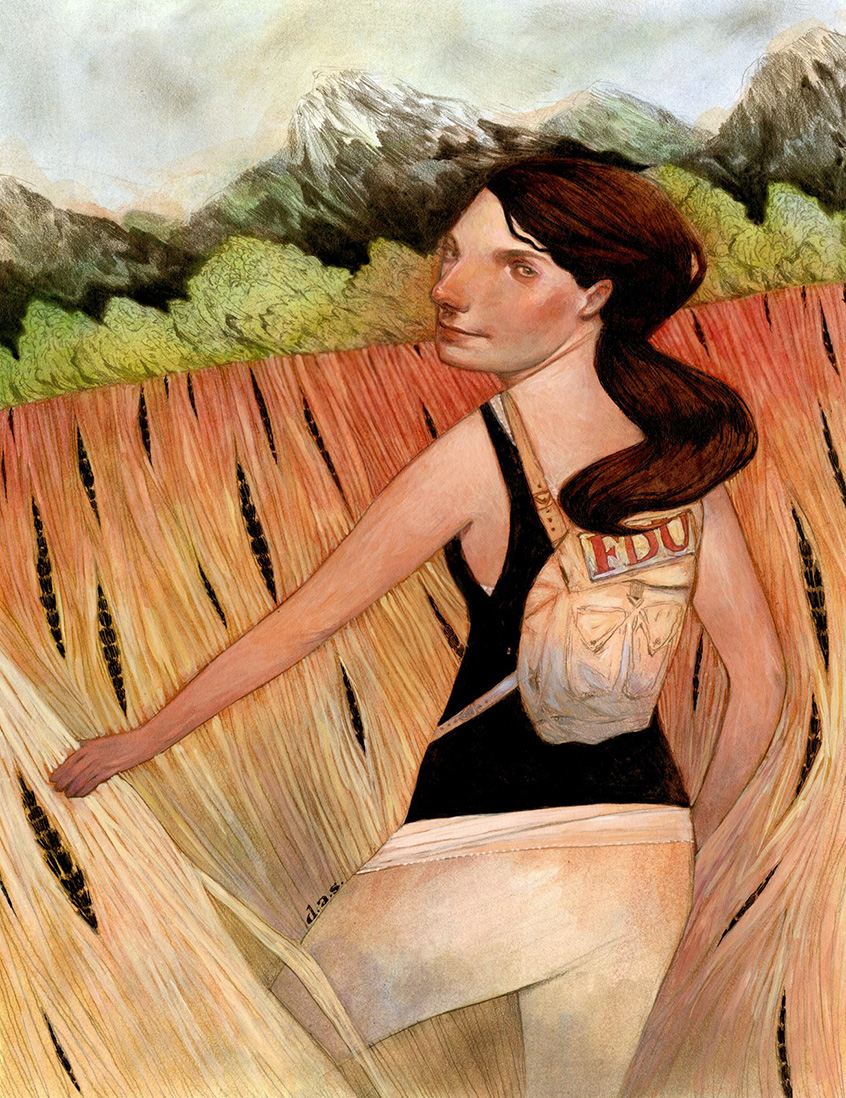 FDU Alumni Magazine ran a feature about a student who studied in South America for a semester. She went on all kinds of wonderful adventures, and so we obviously wanted to showcase the spirit of adventure for the cover illustration. 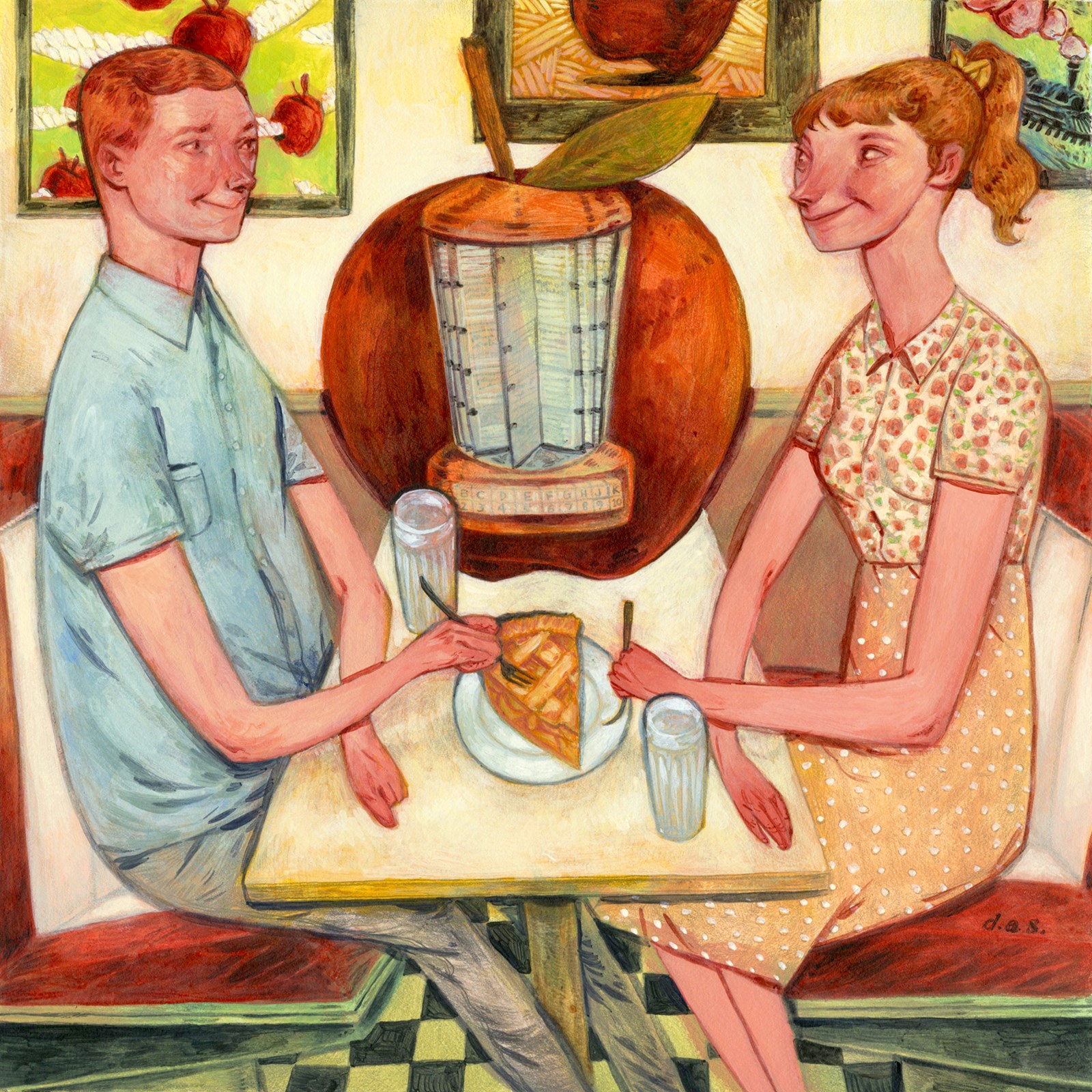 Every year, Westfield, New Jersey holds a fall apple festival. I’ve painted an image for the poster each year since 2009. This year, I was told to keep a 1950s theme, and so I decided to showcase the diner theme the café was taking on. Something about a happy, comfortable looking date both accurately represents the gentle pleasure of the festival itself, and also my relationship with the client, which now goes back many years. 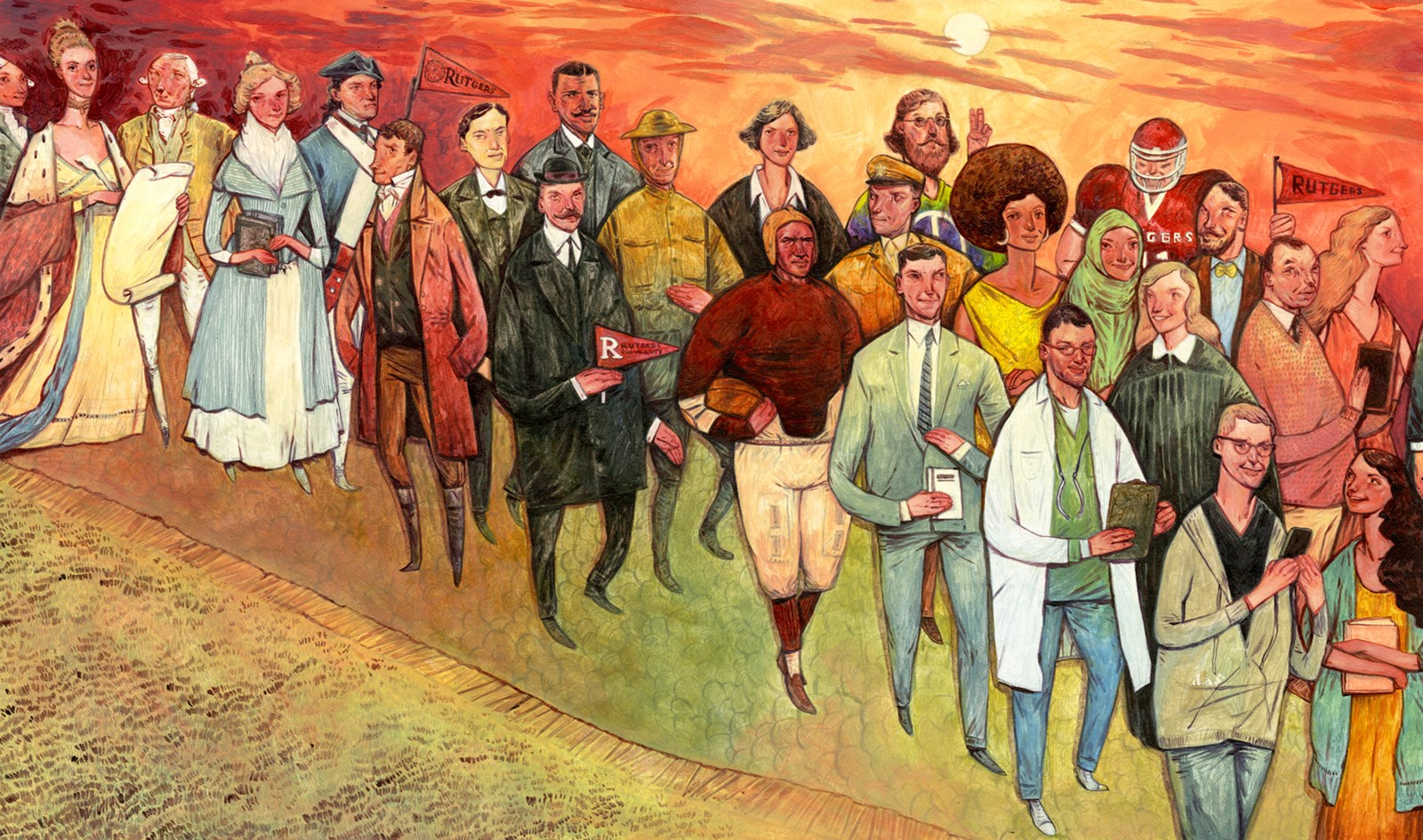 Created for Rutgers University’s anniversary issue’s cover story, reflecting the changing body of students that have passed through a great institution over it’s history. We thought a literal parade of changing faces would suit the concept nicely. 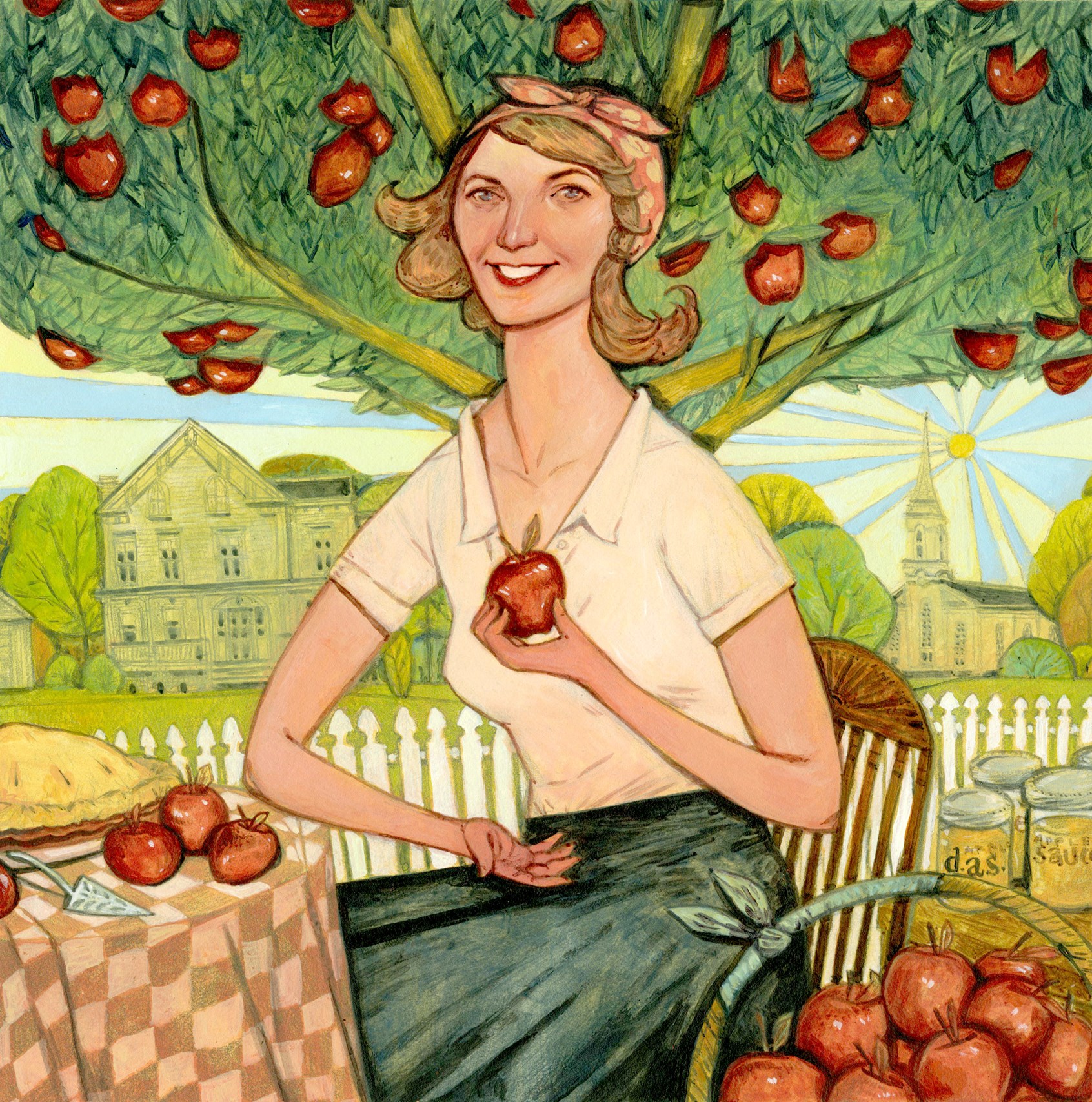 Every year, Westfield, New Jersey holds a fall apple festival. I’ve painted an image for the poster each year since 2009. This year, I went for a retro advertisement — like, really retro, because the client wanted an image that was inspired by the imagery of the 40s.

For The Atlantic — a look at the quintessential British-ness, along with the contradictions, of A. E. Housman.