This boutique hotel, which also functions as a cultural arts center, regularly displays a rotating set of installations from artists all around the world. The Drake Devonshire recently commissioned a handful of artists, including Wymer, to contribute to a special exhibition entitled ‘Follow That Thought.’ The exhibition features eight installations located throughout hotel property and is meant to attract visitors to the Devonshire’s Garden.

The subject of Wymer’s 74 ft. x 8 ft. mural is Andromeda, a prominent character in Greek mythology who also reveals herself as the constellation Andromeda in the northern sky. Wymer designed the abstract mural to appear as though a sculpture of Andromeda had been constructed in individual sections and delivered to the Devonshire Garden as a gift. 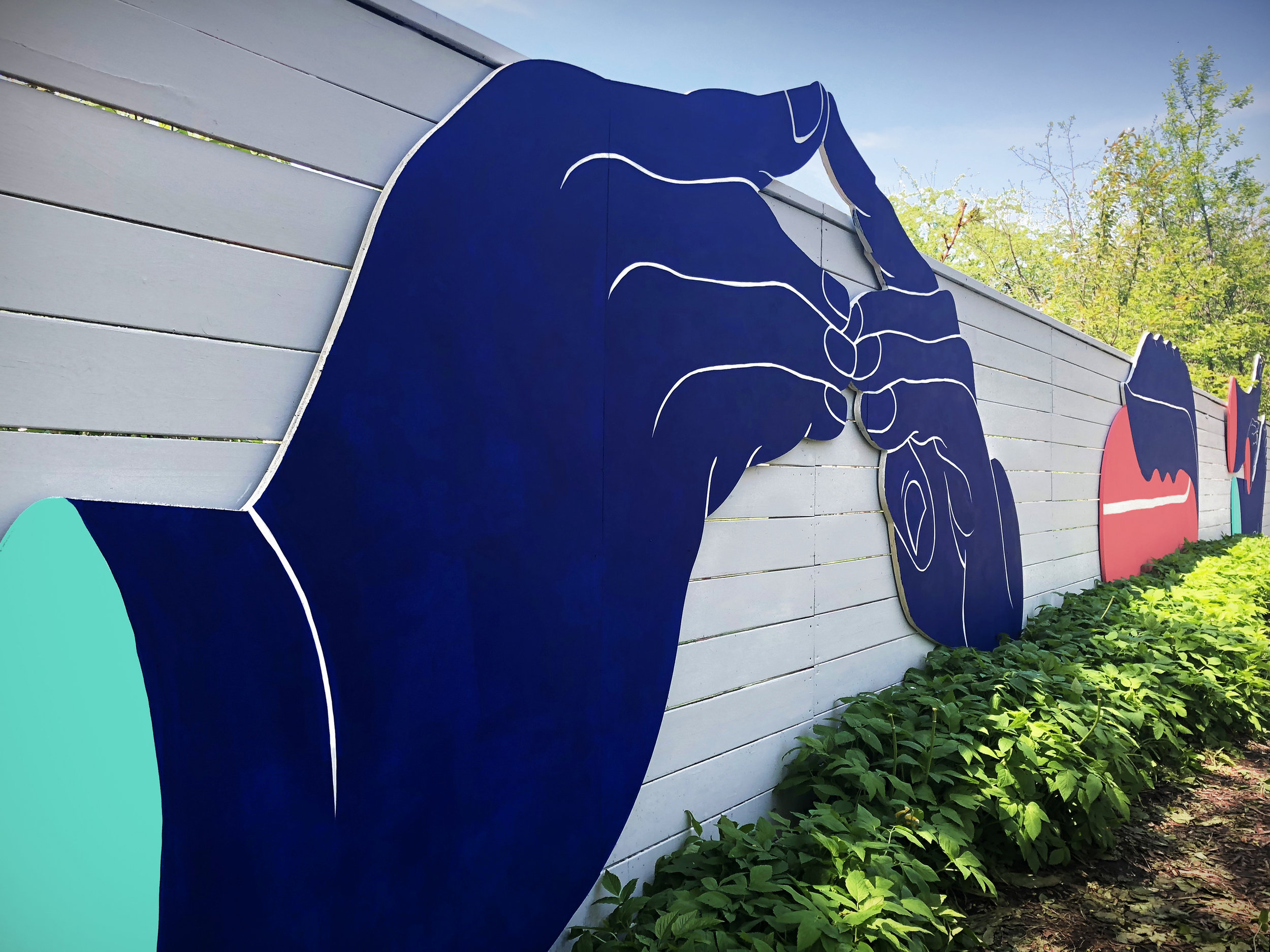 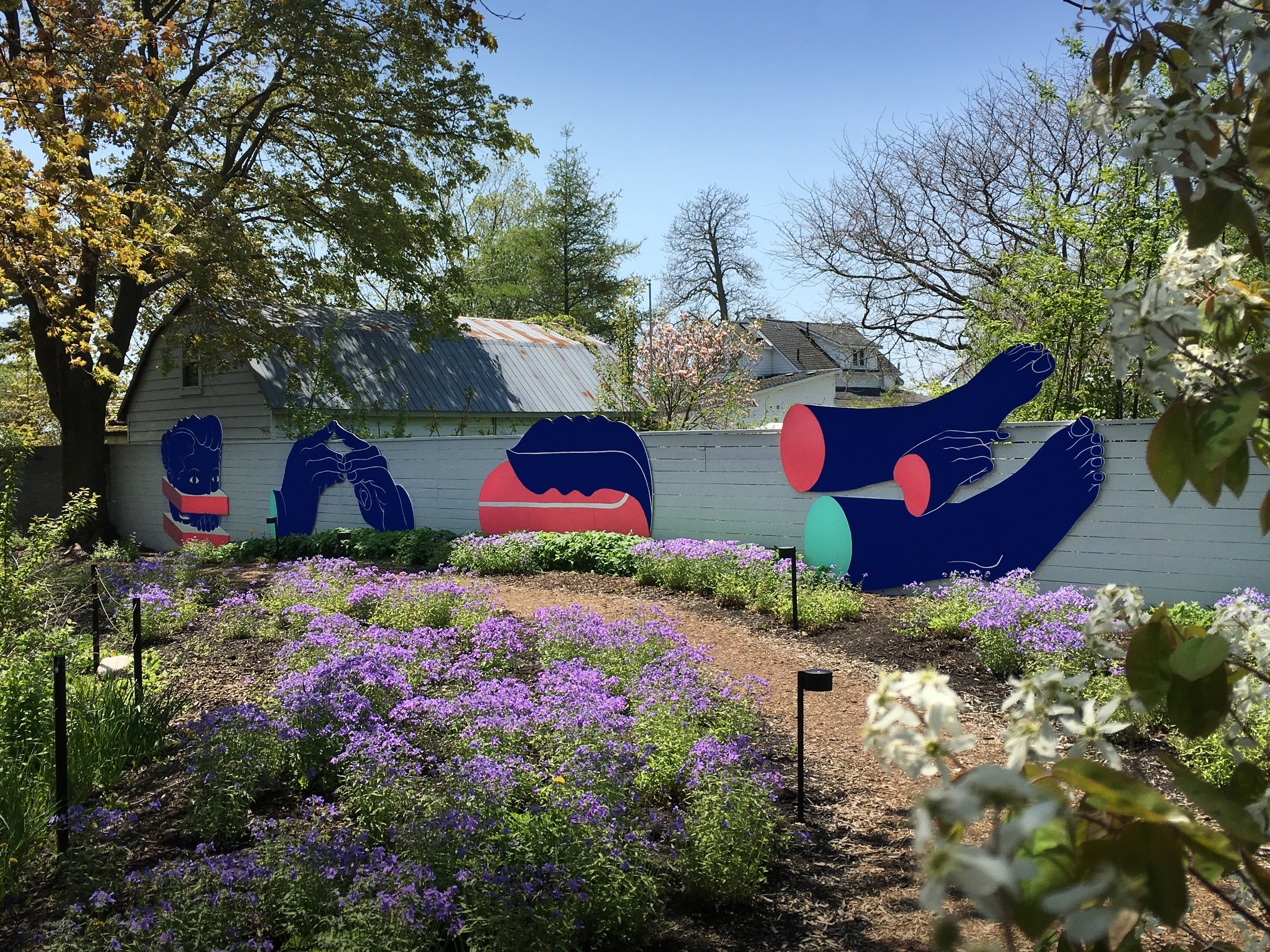 The ‘Follow That Thought’ exhibition will be on display at the Drake Devonshire Hotel in Wellington, Canada until November 10th.

View more of Bryce’s work through his Directory of Illustration portfolio and his website.