Nathan Smith was asked to produce a series of visual works for a large UK organisation earlier this year. The brief was to create a robot that was both intelligent and inquisitive, and who would elicit an emotional response from the viewer.

Staying true to the brief, Nathan used a limited and subtle color palette made up of mostly of whites and grays. He managed to create an image that felt edgy and cool, while remaining non-threatening, even with visible tech under the body plates acting as an homage to the history of robotics.

He gave the robot’s almost human face green gel eyes to induce a curious, cognitive response from the viewer.

Nathan composed the image in a way that conveys a sophisticated, yet sensitive relationship between the robot and the object rising from its hand. He kept the design minimalist, thus allowing for it to have a strong silhouette and plenty of negative space and screen estate for text.

Nathan is represented by AAARep. You can see more from him on his Directory of Illustration portfolio page. 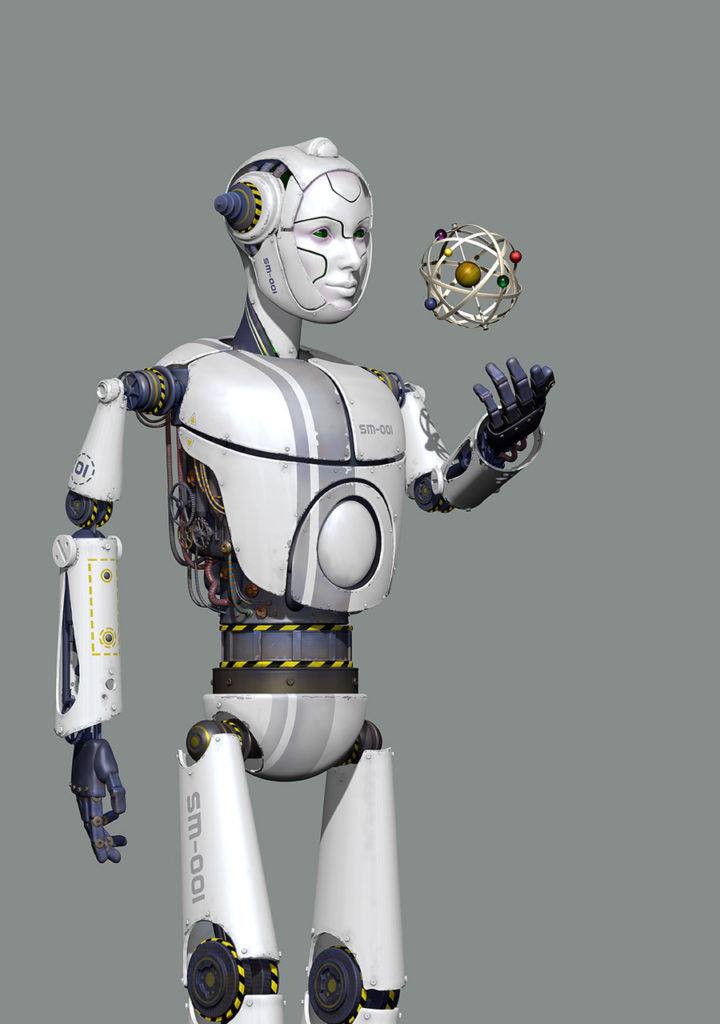 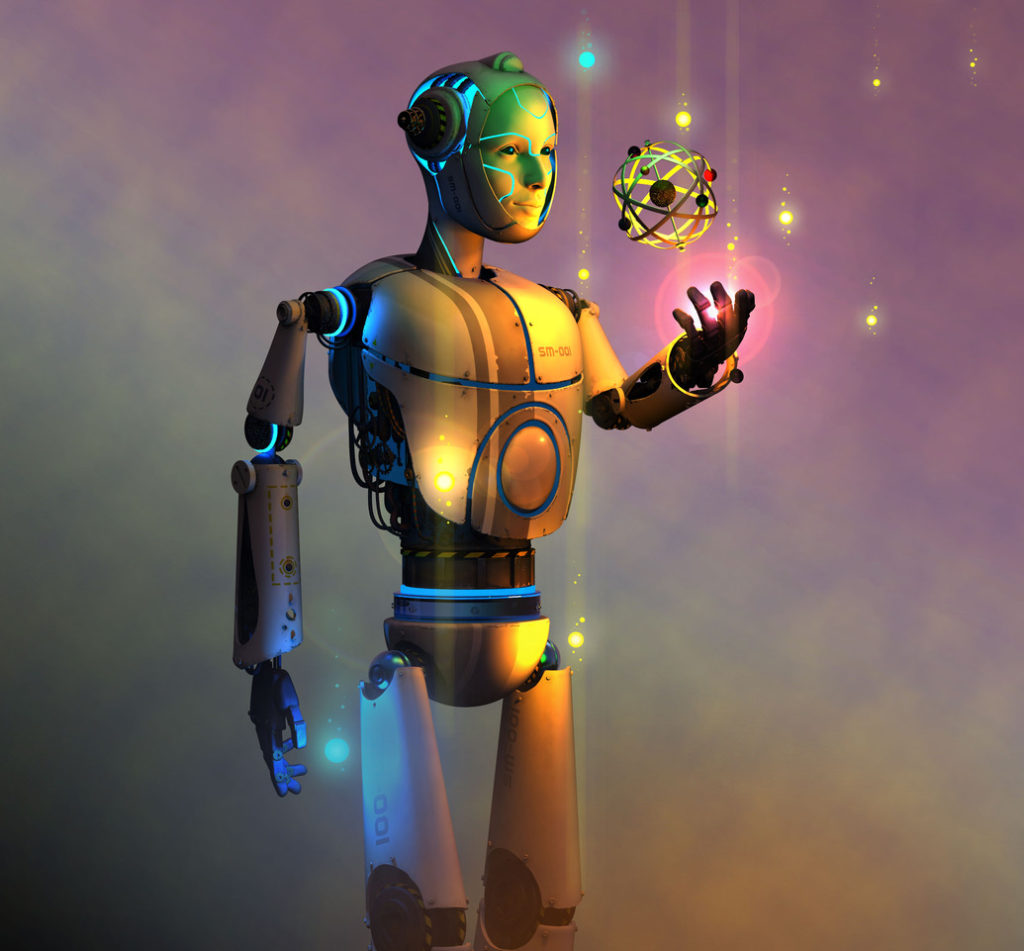