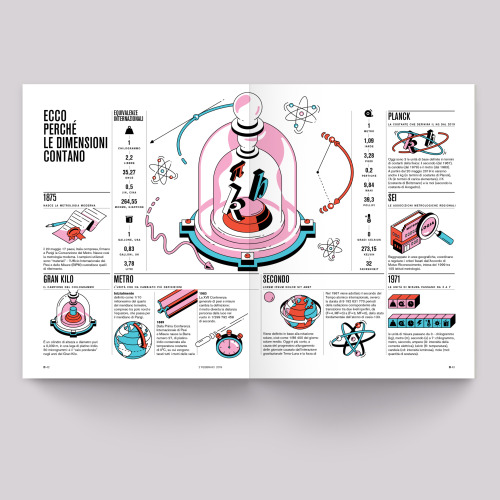 Debut Art is proud to announce that we are now representing artist Manuel Bortoletti.

Manuel Bortoletti is an award winning infographic designer born in 1990 and based in Treviso, Italy. He has a masters degree in Communication Design from LUAV university in Venice.

Bortoletti’s work tells stories using different visual languages. His work is often a balanced mix of data visualization and illustration. The functional aspect is accompanied by a great attention to the aesthetic one, using unusual color combinations contrasted with a clean and rational style. He believes that aesthetics attract the reader and motivate increased focus on the text.

He likes to use maths in his projects. The skeleton of each of his infographics is a grid, a set of invisible lines that help organize the various elements according to mathematical properties. Bortoletti’s illustrative style is geometric too, he loves using isometric projections for their rationality and clarity. He mainly works for the editorial and publishing fields.

His work has been recognized by various organizations including D&AD, ADI and European Design.