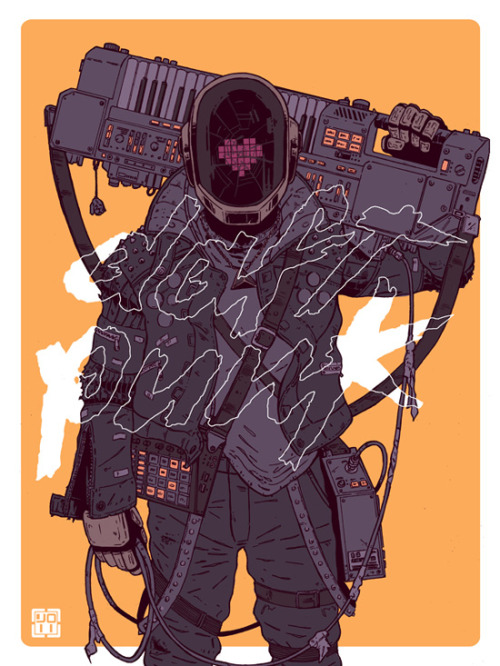 Début Art is proud to announce: we are now representing Laurie Greasley.

Laurie Greasley is currently based in Scotland, and has been working professionally as an illustrator since 2014. He has worked with a wide variety of clients on projects spanning comics to concept design on films.

Having spent a number of years in Japan in a previous life as a teacher, its influence tends to find its way into his work quite frequently. With a great love of all things science, tech, and sci-fi, his creative imagination seems to be firmly captured with ideas about the future. The grit and grime of the cyberpunk genre has been a much returned to theme in his illustrations. He grew up loving the lived-in worlds of Blade Runner, Alien, Star Wars, and all of the films that utilized the “used future” aesthetic, where every object has a history.

Laurie’s work tends to be layered with details that when examined, can tell more of a story and even recontextualize what you saw before. He wants the viewer to see new things when they return to the image a second, third, or fourth time. Clear inspirations that can be seen are those of Geoff Darrow, Jean Giraud Moebius and Katsuhiro Otomo.