The Directory of Illustration Artists have been busy conceptualizing, designing, and illustrating for some of the best-known companies and publications in the world.

Here’s just a few of the jobs they’ve been working on: 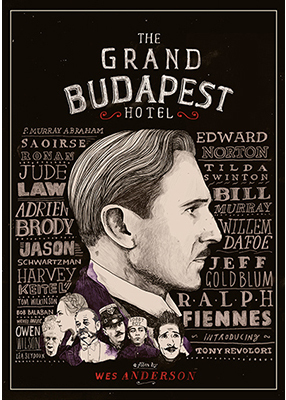 Client: Queens Film Theatre
Project Name: The Grand Budapest Hotel Special
Queens Film Theatre Guide Cover
Being a huge Wes Anderson fan, Peter Strain was
thrilled to create a special QFT Guide cover
celebrating his latest film, The Grand Budapest Hotel.
He wanted to create a piece that referenced the kind
of poster style that was prominent in the 1920’s. 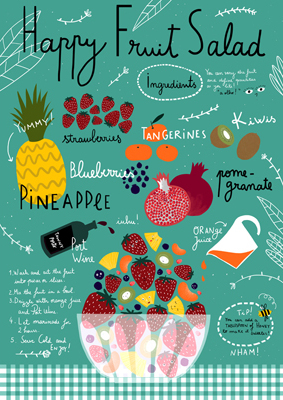 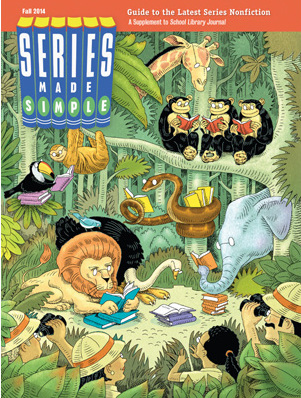 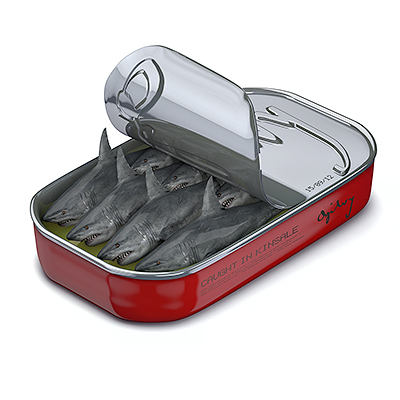 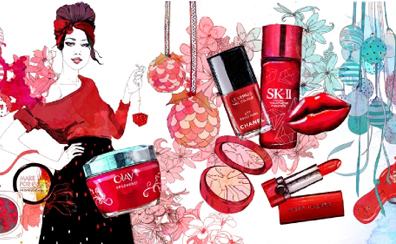 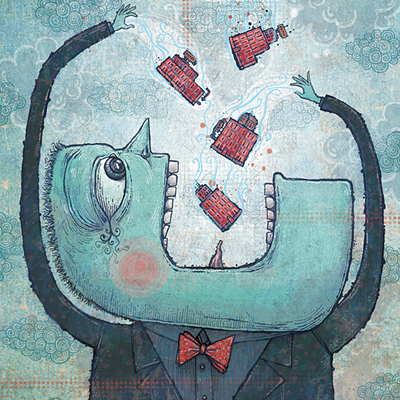 Client: Sony Playstation
Project Name: The World Is In Play
Ad Agency: 180 Amsterdam
Charles Glaubitz was recently commissioned by 180 Amsterdam to
create this illustration for a Brand Book for their client Sony
PlayStation. They were looking to bring to the life the new Brand
mantra, “The World Is In Play”, and in doing so they came up with
six brand pillars that define their brand personality. Read more here.

Client: Christian Science Monitor
Project Name: Book Review
Putin pulling the strings on Russian TV, for a book review of “Nothing is
True and Everything is Possible”, Peter Pomerantsev’s account of his
decade in Moscow producing Russian TV shows. For The Christian
Science Monitor. Client: Volkswagen
Project Name: Advent Calendar
Ad Agency: Adam&EveDDB
Rui was commissioned to create this beautiful Amsterdam townhouse
in the style of his iconic travel posters, to be used as a promotional
advent calendar for Volkswagen. 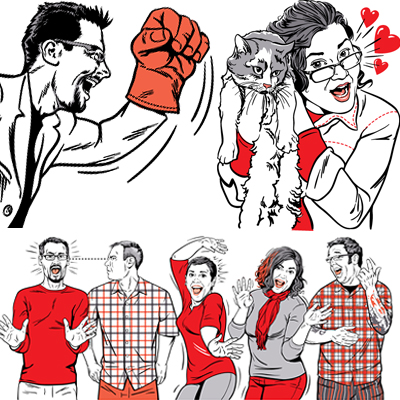 Client: Brent Ozar, Ltd.
Project Name: Website home page headers and spots.
The latest in a series of over 20 illustrations for Brent Ozar, Ltd.
They’re a company of young and brilliant people who specialize in all
things computer/business/server. In demand nationwide, they’re also some
of the smartest, funniest people Eric Larsen has ever had the pleasure
of working with. Visit their website at www.brentozar.com to see more of
the images and for some very amusing reading. 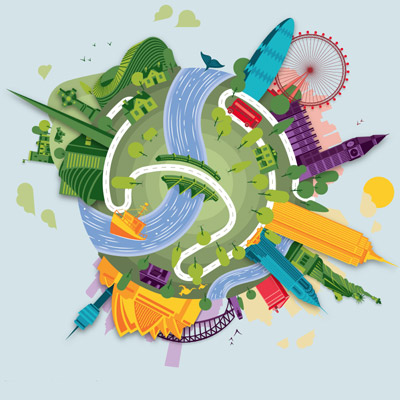 Client: Vodaphone
Project Name: Vodafone for Grey Advertising London
Ad Agency: Grey London
Jordon Cheung was commissioned to produce this campaign by Grey
London advertising, on behalf of their client Vodafone. Jordon worked
closely alongside the creative team to produce a series of iconic
buildings for the cities of London, Sydney and Dublin. Within each
city he’s included the iconic landmarks as well as a few additional
fun features which were worked up into the finished piece. 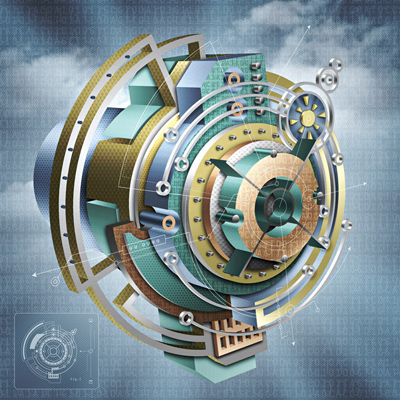 Client: Cerner Corporation
Project Name: One of eight data center murals
Cerner is a healthcare technology and solutions provider to doctors,
hospitals, pharmacies, workplace, research facilities, and other health
systems. I was commissioned to create eight murals that would be
strategically placed in their high-tech data center. Each mural
conceptualizes a specific aspect of the company and its services. 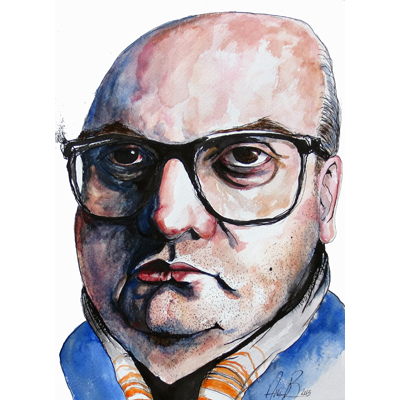 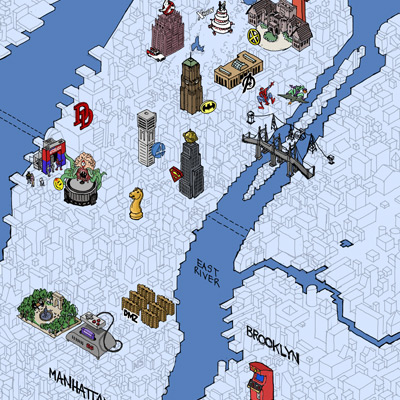 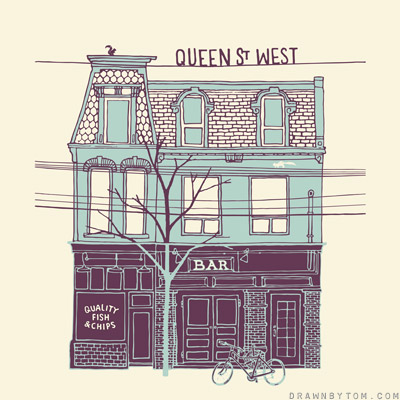 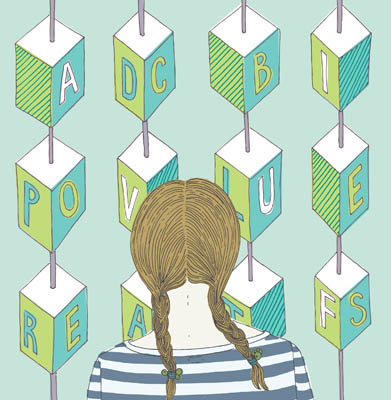 Client: Redactive Publishing
Project Name: Bulletin – Royal College of Speech and Language
Therapists Magazine
This was for an article in Bulletin. It was about Sensory Auditory
Syndrome and one twelve year old girl’s experience of coping with it. 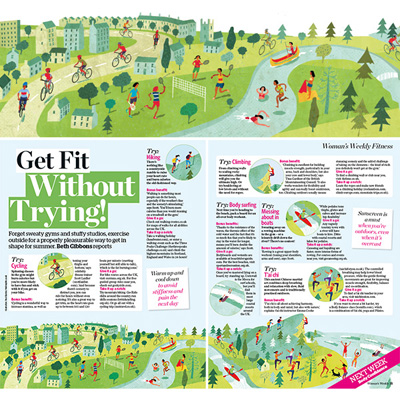 Client: Woman’s Weekly
Project Name: Get Fit Without Trying
Paul Boston’s brilliant artwork for ‘Woman’s Weekly’ has inspired us
to get out in the sunshine and get some exercise. Paul was asked to
illustrate easy ways to get fit in his charming style. 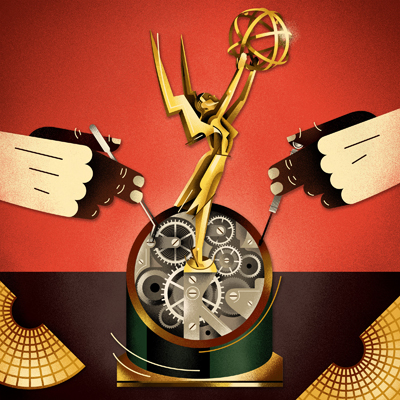 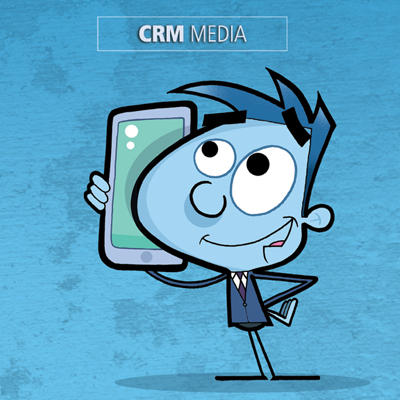 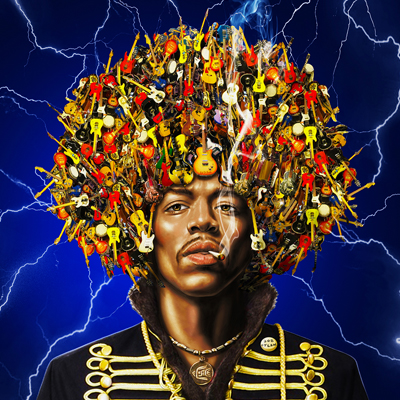 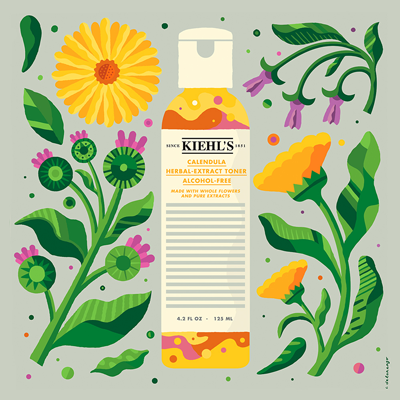 Client: Kiehl’s
Project Name: Kiehl’s – Artfully Made
Ad Agency: Night Agency
Art piece made for Kiehl’s cosmetics Artfully Made campaign where
they asked illustrators to showcase the beauty and story of their product. 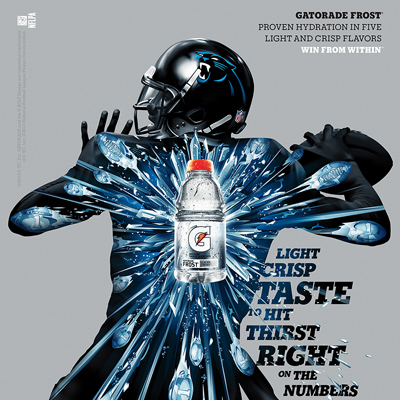 Client: Gatorade
Project Name: Gatorade Benefit Project
Ad Agency: TBWA/Chiat/Day LA
Gatorade has partnered with artists from around the world to create a
dynamic print campaign featuring star athletes representing different
sports such as NFL, Baseball, Tennis and Athleticism. The campaign
features illustrations of the athletes that demonstrate the benefits of
Gatorade products and drives at the idea that athletic performance is
driven from the inside. 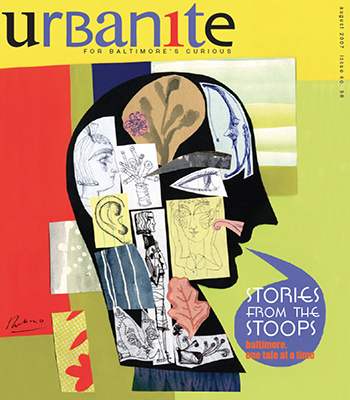 Client: Urbanite Magazine
Project Name: Stories from the Stoops
Cornel Rubino has been fortunate to work often with Alex Castro
of Castro/Arts LLC and the Creative Director of Urbanite and
Nest Magazines and the architect and designer of the Visionary
Art Museum in Baltimore, Maryland. His leadership and confidence
in Cornels ideas and approach for Urbanite covers has created a
most rewarding business and personal relationship. The image
suggests the various inner city stories that make Baltimore a terrific
town, especially for the creative class. 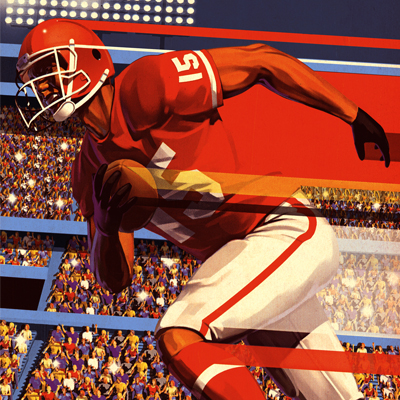 Client: Fox Sports
Part of a series of poster images made for the Fox Sports television
show Crowd Goes Wild. 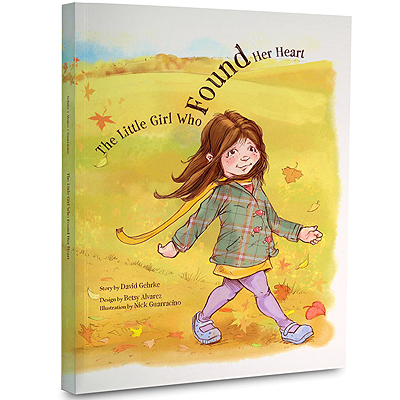 Client: American Heart Association
Project Name: The Little Girl who Found Her Heart
Ad Agency: CDM
Design Firm: Grumpyboy Studios
This wonderful children’s book, done in affiliation with the American
Heart Association, is a great little story about Sally Smart, a little girl
who goes in search of her heart, only to find that she had it all the time.
It was created to help raise awareness of heart health in children and
the proceeds from the first printing went directly to the AHA fund.
One of Grumpyboy Studios proudest moments. 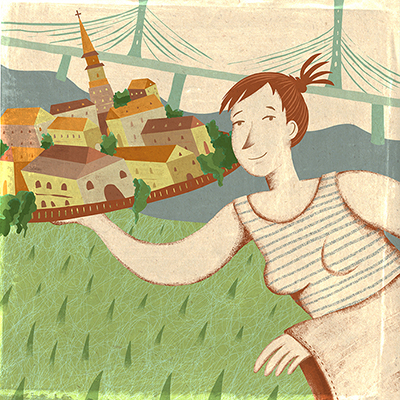 Client: Charleston Magazine
Project Name: Freebie Spoleto
Editorial illustration for an article about how living in Charleston
offers so many free and fun activities… not to mention food samplings!

These selections only account for a handful (or five) of our artists’ Featured Projects.

Check out the Job Showcase for many more commissioned works from the world’s best illustrators!