Based in Tampa Bay, Florida, Riley Animation Studios is an award-winning studio specializing in 3D/2D animation, illustration, design and branding for broadcast, film, literature, interactive, video games and new media/multimedia. Their collaborative team applies traditional skill sets to emerging technology, all while bringing inspired passion and expertise to every project.

Riley Animation Studios has produced work for a number of notable clients, including Nickelodeon, NASA, Animal Planet, Discovery Networks and many more. Kevin Riley, Principal and Creative Director of Riley Animation Studios, has won two Emmy© Awards for “Outstanding Achievement in a Children’s Television Program” and “Children/Youth (Under 12) Programming.” Recently, Kevin also won a “Global Award” for his interstitial cartoon branding work in the healthcare industry.

We couldn’t be more excited that this prestigious studio has joined the Directory of Illustration. Read our interview with Kevin Riley below to learn more about his background, his memorable experience at the Emmy© Awards ceremony, the culture he strives to instill at Riley Animation Studios, and more!

Directory of Illustration: Why did you choose a career in design and animation? What motivated you to open Riley Animation Studios?

Kevin Riley: Like a lot of animators, I loved to draw as a kid, and really never stopped. I remember drawing on the “flipped” corner pages of my school books, and even selling yellow Post-It note animated little flip-pads for a quarter at school lunches…things like Batman vs. a T-Rex or an exploding unicorn for a girl I was too nervous to talk to. Honestly, it never really occurred to me to be anything but an artist in life; and from the moment I realized I could make those drawings move and emote, I was forever hooked!

In college in the early ’90s, I was working on an optical film printer to create animation, when an instructor introduced me to Amiga’s Deluxe Paint Program as well as a gifted Alias Wavefront computer at the college that were early archaic precursors to everything we do today. The digital world opened up to me and I spent so much time in computer labs animating that they worried I was homeless. This was right before the film “Jurassic Park” was released, and only a few of the PIXAR shorts had come out. What I didn’t know was everyone in Hollywood and the burgeoning 3D game industry was looking out for someone who had talent drawing and wasn’t afraid of the computer. I had incredible pride telling my parents about all the job offers I had, especially considering they had likely relegated me to the “starving artist” son, I’m pretty sure, ha ha. I traveled to Hollywood and worked at major film and game studios, over many, many, many late nights. I learned a ton, but the grind was difficult when it came time to have my own family; so I teamed up with a well known POST studio in Florida, and started an animation division for them. It was an incredibly successful operation that I grew proudly over 12 years that I cherish. In 2009, I decided to leave and start my own studio, with no restrictions on creative and the possibility of owning some of the IP I wanted to develop. The decision has been fantastic and I find myself working with both the awesome agency and corporate clients I’ve always enjoyed; but also now working on international film and series projects that are my concepts and characters. I’m incredibly blessed, and feel quite lucky, hence the big green Irish shamrock in my logo!

DI: What is your favorite type of project to work on?

KR: I love telling a great story and I absolutely love animation. 3D animation is incredible, but I’m probably slightly a bigger fan of traditional 2D animation, as it’s an art form that has such beautiful nuance and fluidity when created properly. Often, I even animate a project in 2D pencil sketch form as a test for the motion, even if the eventual execution is 3D. So a beautifully fluid 2D project with characters and a tear jerking story would be my favorite kind of project. Could be a film, series, or spot; and in fact, short form can be super powerful.

Also, all of these animation projects require an incredible amount of pre-viz and illustrated development to realize. So one of my favorite parts of a project is sharing all of the beautiful environment and character artwork that resulted in the final project. We often develop a few different visual approaches, and it’s really fun to see the amazing art and development as it takes shape, often and especially the ones that were not used. So projects with the right development strategy to get the best out of the story and character are my favorite things to work on.

DI: Can you tell us more about your Emmy© Award-winning projects? (Congratulations, by the way!)

KR: Sure, thanks for the congrats! I’ve won 2 national Emmy© Awards and been nominated for another. One was for “Outstanding Achievement in Children’s Television Programming” and the other was for “Children’s/Youth Programming.” One was for a project called “A Chicken Named Mac” that was an animated education interstitial song (think School House Rock) and the other for a project I animated with Elijah Wood for Discovery Communications and Sea World about rescuing penguins from an oil spill in South Africa.

One of my favorite moments in life was receiving the latter Emmy© Award from actor Christopher Loyd. I’d spoken to him about his movie roles (to include “Roger Rabbit” and “Back to the Future”) directly before the award ceremony, but did not know he was the presenter of our award. When we were announced, we walked up on stage with actual penguins (who look like they are dressed in tuxedos, of course) and he got a real kick out of it, as did the crowd. In the media/celebration/reception room afterwards, he asked to hold the award, and said “Wow it’s heavy!” – to which I asked him “How heavy doc?” in a very deliberately Marty McFly tone…..and he leaned in without skipping a beat, with a full on Doc Brown character face, and said “About 21.1 Gigs, to be precise!” – then walked away. That is something you don’t ever forget!

DI: What kind of culture do you try to cultivate at your studio?

KR: That is a fantastic question that we talk about often here. The answer is honesty, innovation, absolute integrity in our art, and putting the creation of the story and execution of an idea before anything. I’ve been in difficult positions of having to tell a film producer their script is substandard and should be re-written, or that an agency concept needs development and can be better. But in the end, if we all truly put the idea first, before ego or titles or credit; then we know that we are simply seeking the best result for our audience. We are all so very passionate to create the most amazing idea we can, but we also have to understand collaboration; and how to pull the best idea and the best execution of an idea out. To do that, we have to cultivate a safe opportunity for everyone to speak freely and give their opinion. It’s the difference from a passive look at an animation or illustration with a “ho hum” I’ve seen that before impression versus the moment when someone stops and looks thoughtfully at a piece of art and thinks “WOW, that is amazing, I’ve never seen anything like that before – and I want to see MORE! I want to learn MORE about this thing I’m seeing!” We strive for this in every project, no matter the scale.

DI: Are there any exciting new projects that you are working on or have recently completed?

KR: I am very excited about my animated feature film directing debut for the film “Neighborhood Pet Watch” which currently wrapping up. Because of my international partners in the project, I’ve been privy to a veritable “wizard behind the curtain” perspective on the buying and selling of films and IP on the international marketplace. It’s absolutely fascinating.

On the flip side, the longer form film work, which requires the accumulation and direction of many hundreds of artist/people to make this film; has taught me a newfound appreciation for short form projects! They are like little mini micro-films, and I reciprocally find myself really enjoying :30, :60, :90 short spots and communications for their potential to tell brief and often emotional stories in a compressed timeframe – which is really important in our current “YouTube” generation. 😉

Check out more work by Riley Animation Studios below! Explore their portfolio and view their website here. 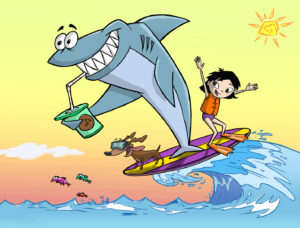 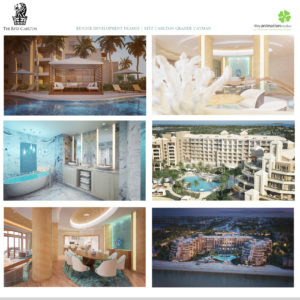 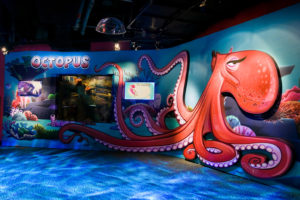 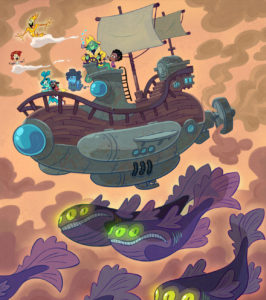 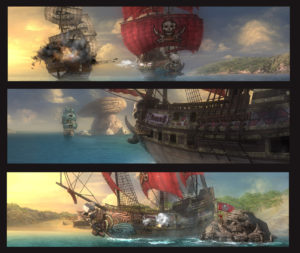 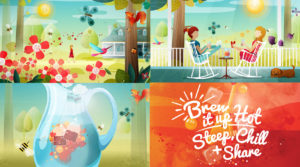