“Done in a style I used a LOT in the early ‘Aughts,  I’m always happy to revert to any of the many looks I use—or have used—any time, for any occassion. I had to dig pretty deep to unearth the concepts—The “Global Science” awards;  international accolades for W&M’s school for chefs and a “debate between academic disciplines” —but, since I’d been there and done that before, the finals were a breeze. Execution has always been my strong suit.”

More work by Eric Larsen can be seen through his Directory of Illustration portfolio and at ericlarsenartwork.com. 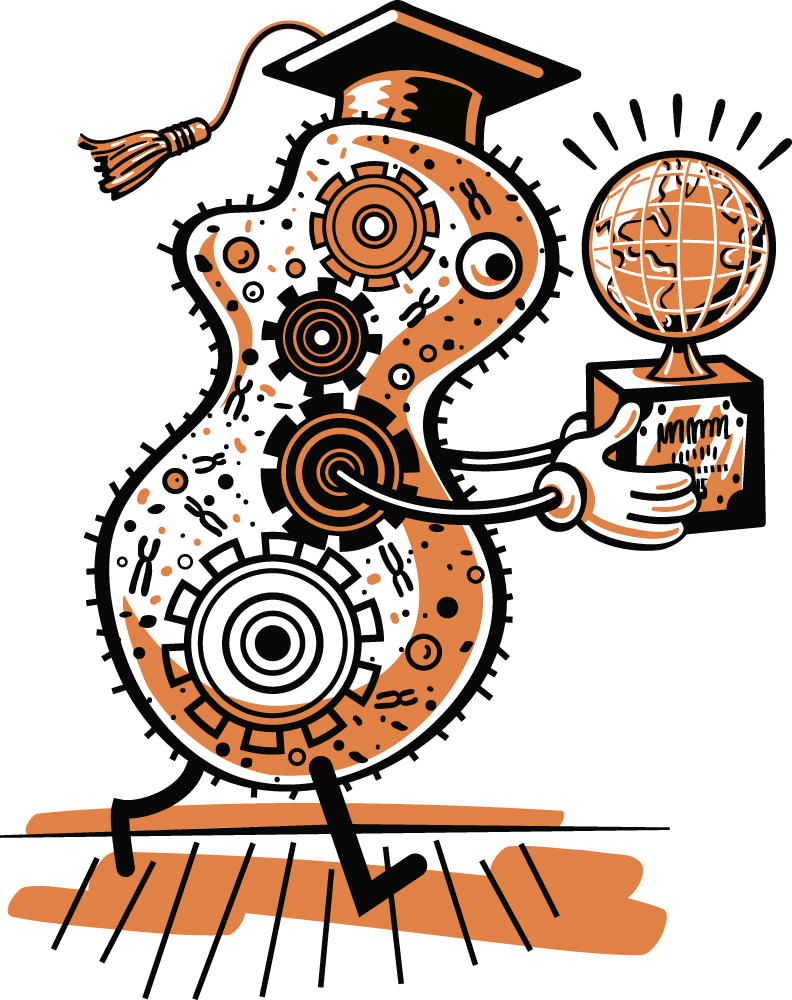 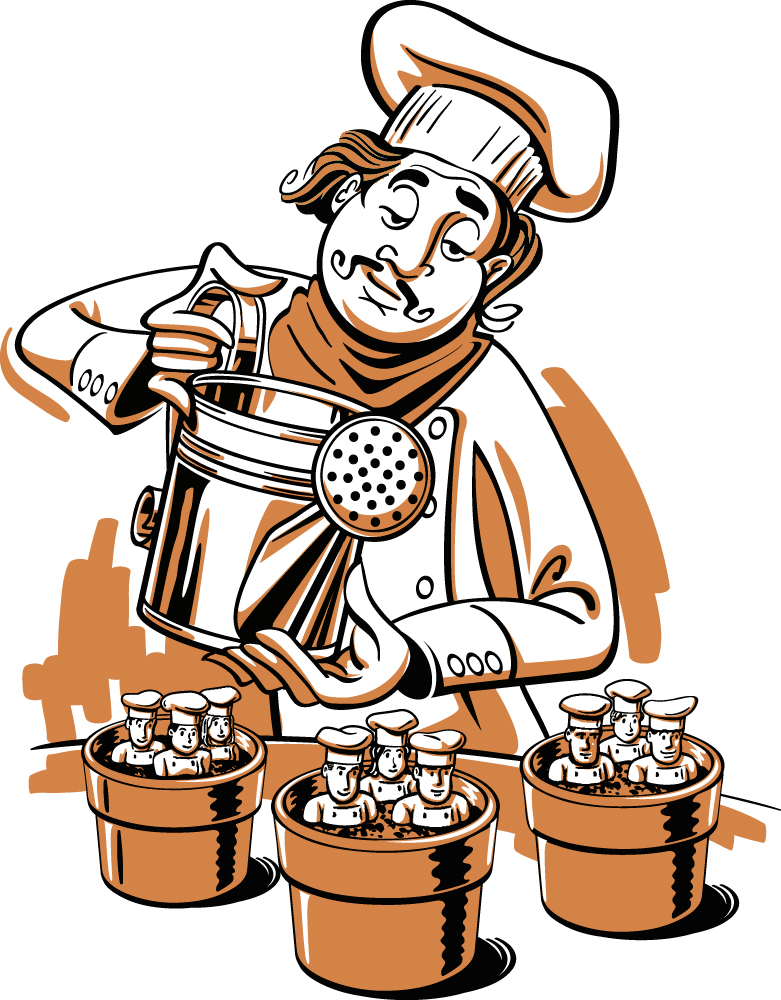