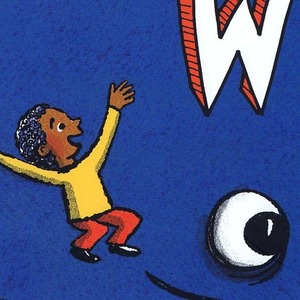 Books Dept:      It's been a while since I visited Drawger, let alone posted an update, so here's what's been going on in the picture book department; quite a lot, actually.  The delightful "I Won a What" by Audrey Vernick was released this summer from Knoph and has been included in the Society of Illustrators One Show. Our editor is Sarah Hokanson. I loved the gentle manuscript when I first read it. My characters are an ordinary suburban family with a rather large swimming pool- inhabited by a big blue whale, of course. Our hero, denied a pet for so long, is finally allowed to try for a goldfish at a carnival. He wins Nuncio, a giant blue whale (mostly a Sperm Whale, just bright blue…) 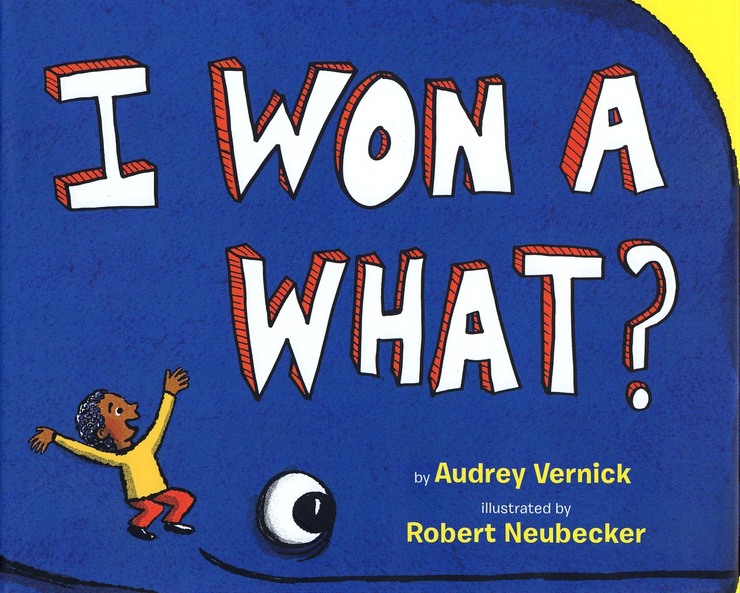 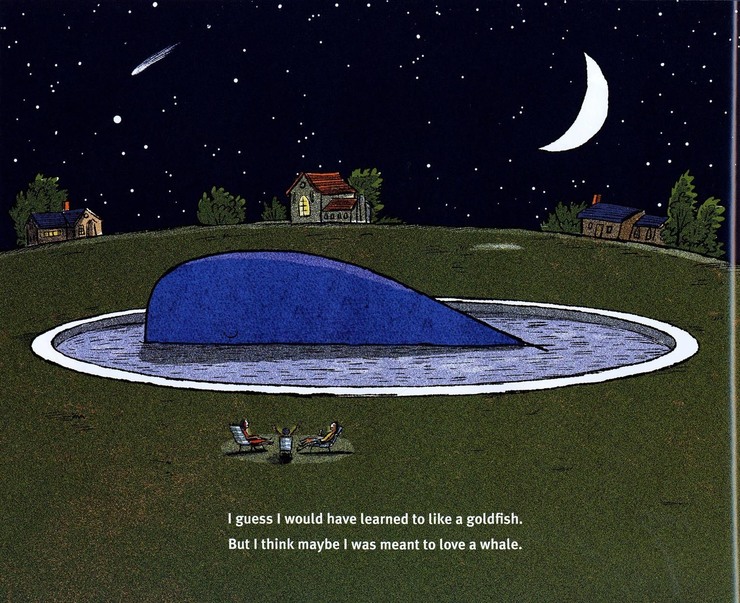 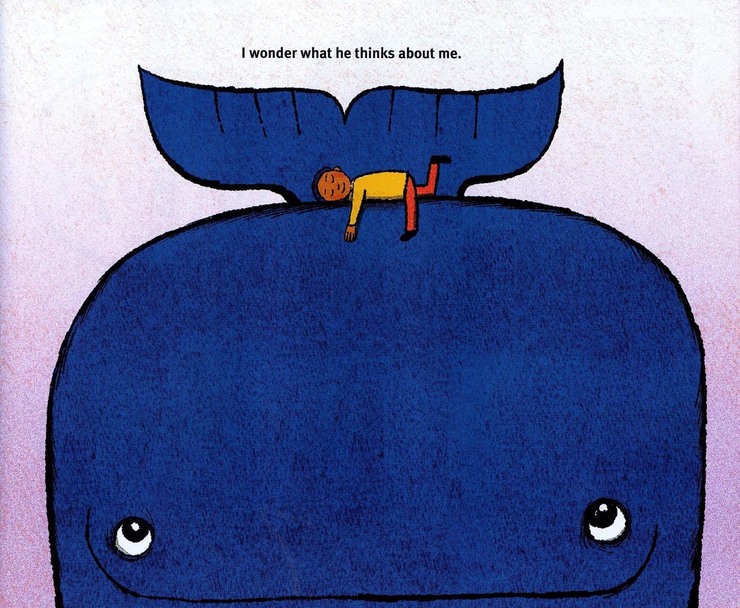 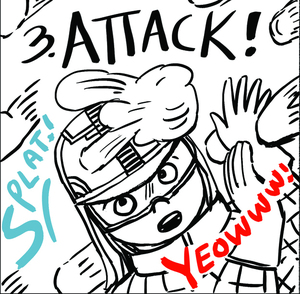 The next book  is "Space Boy and the Space Pirate" by Dian Curtis Regan, released spring '16. Many thanks to my art director, Tim Gillner, and my editor Mary Colgin at Boyds Mills Press.This is #2 in a series of three. They are done as graphic novels-  the stories revolve around a brother, his mischevious (and smarter) sister, and the cardboard spaceship  in their back yard. It becomes real, of course, once you get inside. I'd grown up on comics- everything from Tales From the Crypt (Uncle Creepy!), DC, Marvel, to Classic, and even Archie and Donald Duck. I imagined that Reed and Sue Richards were my parents. I was introduced to science through Superman & The Atom. I loved "Star Spangeled War Stories" – a WW2 tank crew, accompanied by the ghost of Jeb Stewart, are marooned on an uncharted island batteling dinoaurs. Hey, why not?     As an illustrator, I was fascinated with R. Crumb and the undergrounds, later Raw and Fantagraphics. So taking on a set of three graphic novels for kids was a treat and a challenge. Like most of my kid's book career, it's been on the job training. I think that with each one, they get better, but I've been gifted with great manuscripts so it's been fun and easy. 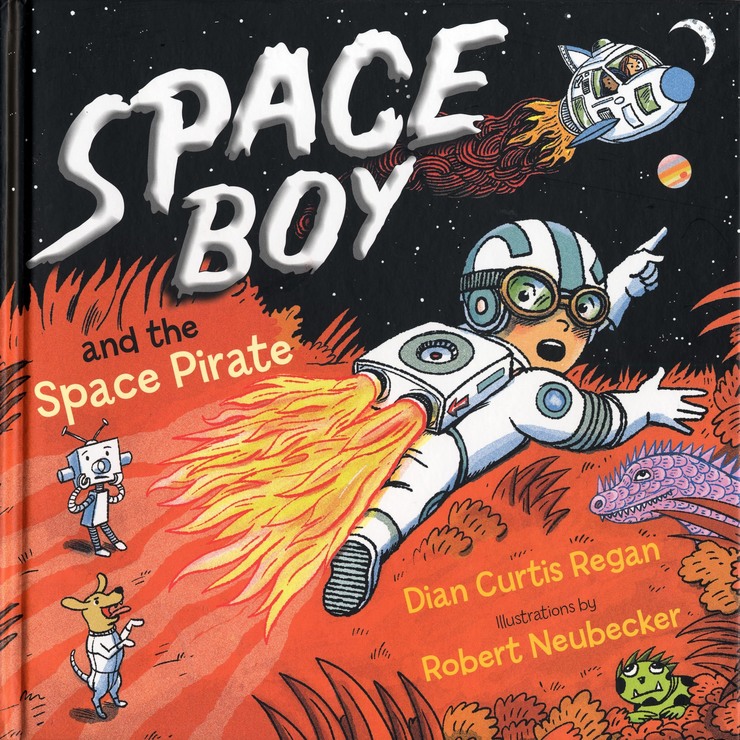 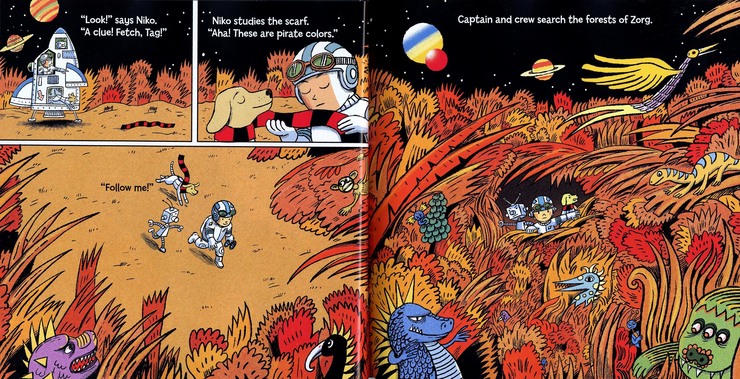 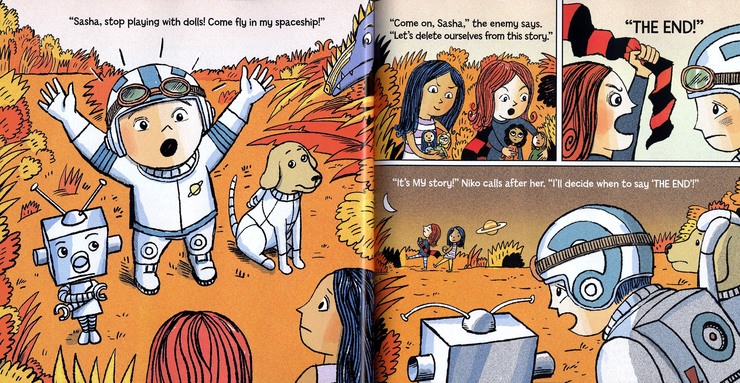 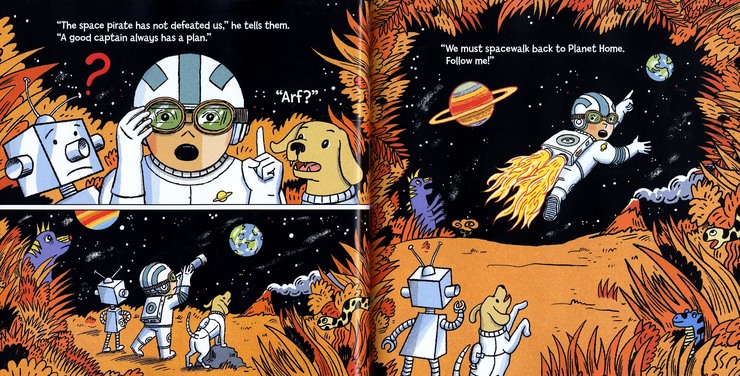 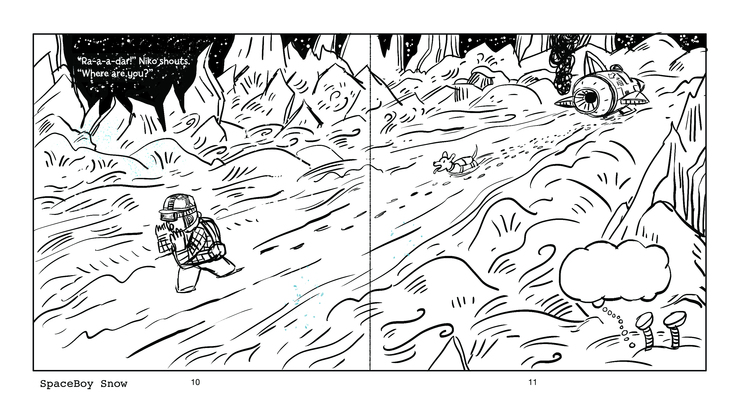 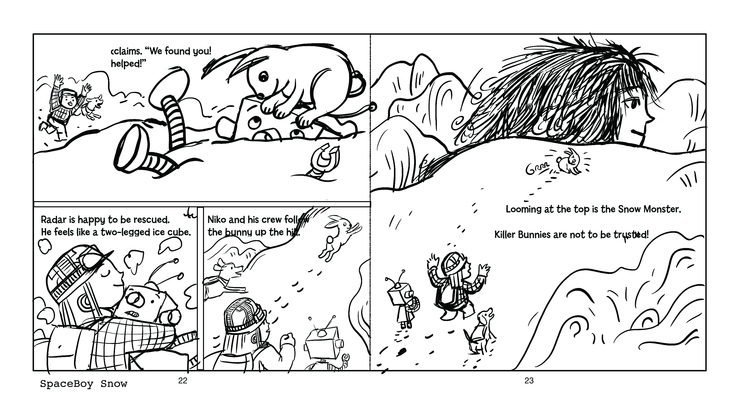 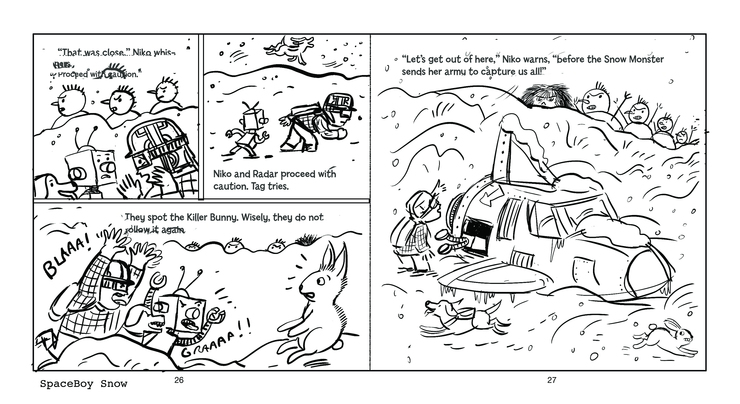 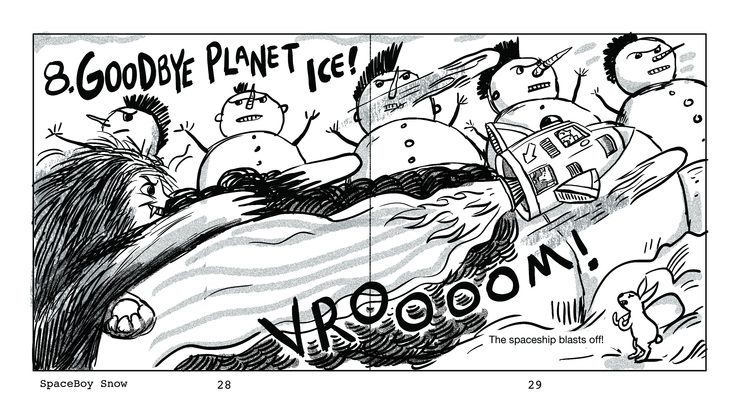 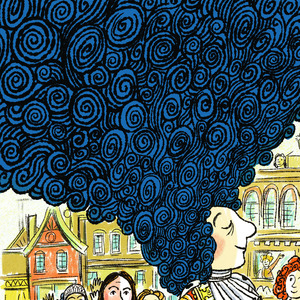 This next book, proofs just in, is "King Louie's Shoes" by D.J. Steinberg. The story follows a diminuative Louis XIV who, searching for stature, invents platform shoes. The editor is our lovely Andrea Welch at Beach Lane Books, Simon & Schuster, and the art director is Lauren the type genius Rille…. I had a lot of fun pushing the drawing with this one. It's all digital except for the #2 pencil used for thumbnails. I worked in watercolor for most of my career. I may go go back some day, but this is really, really, fun. 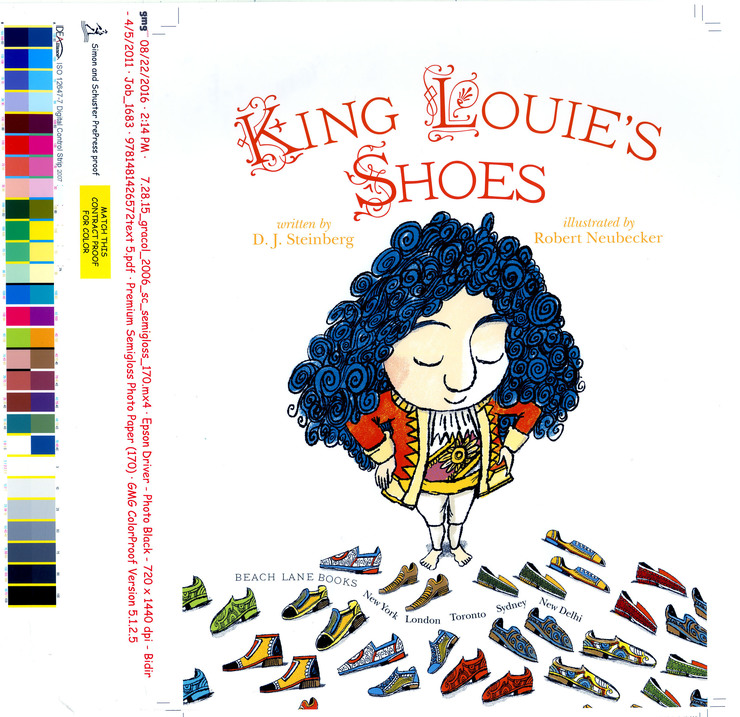 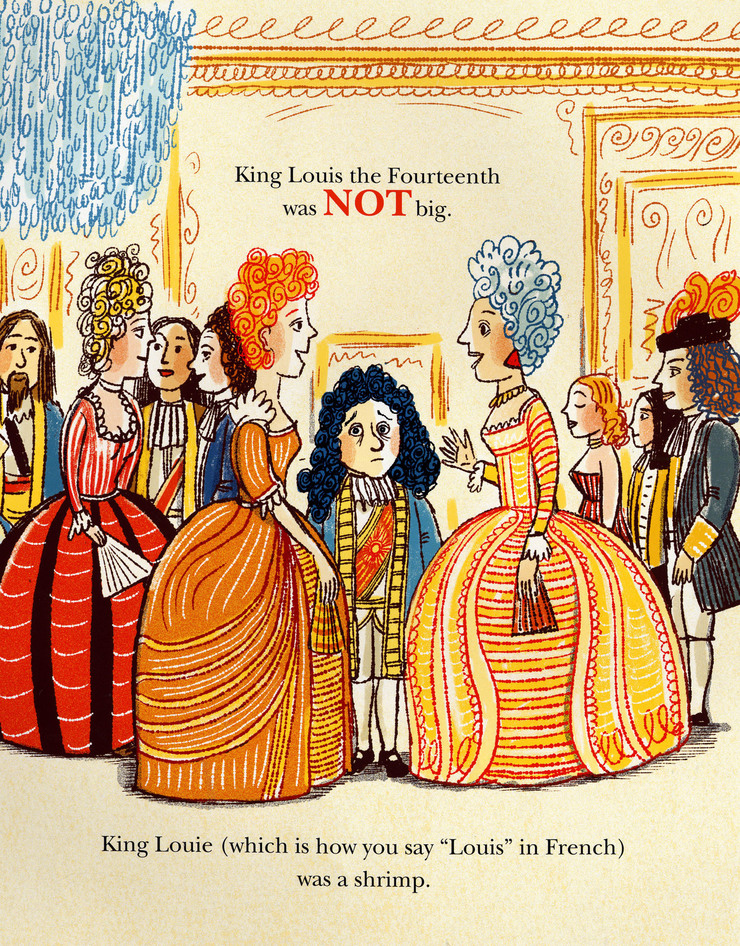 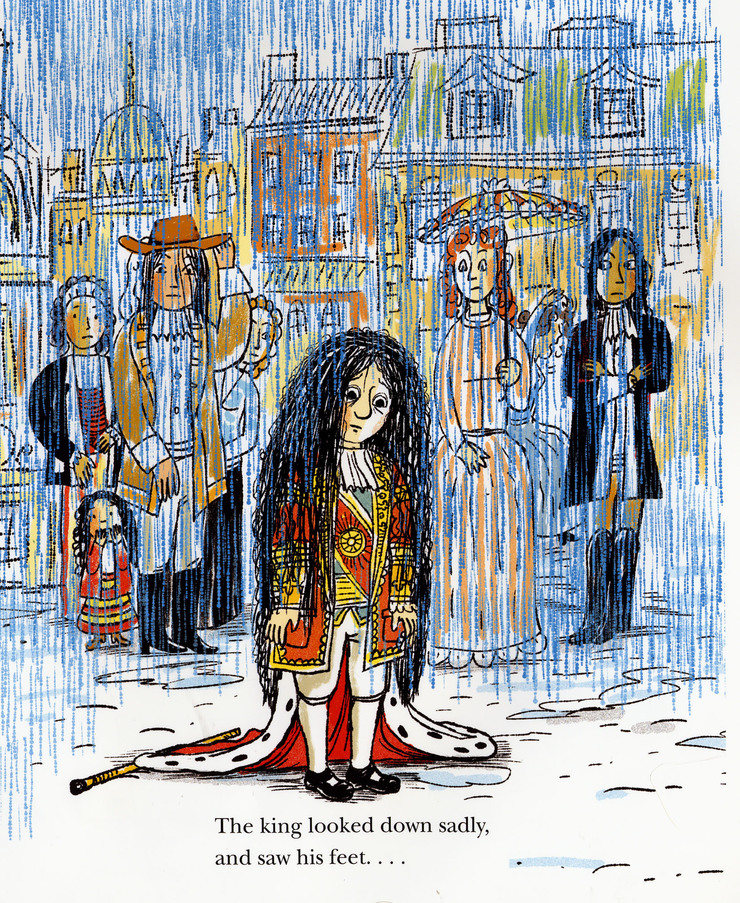 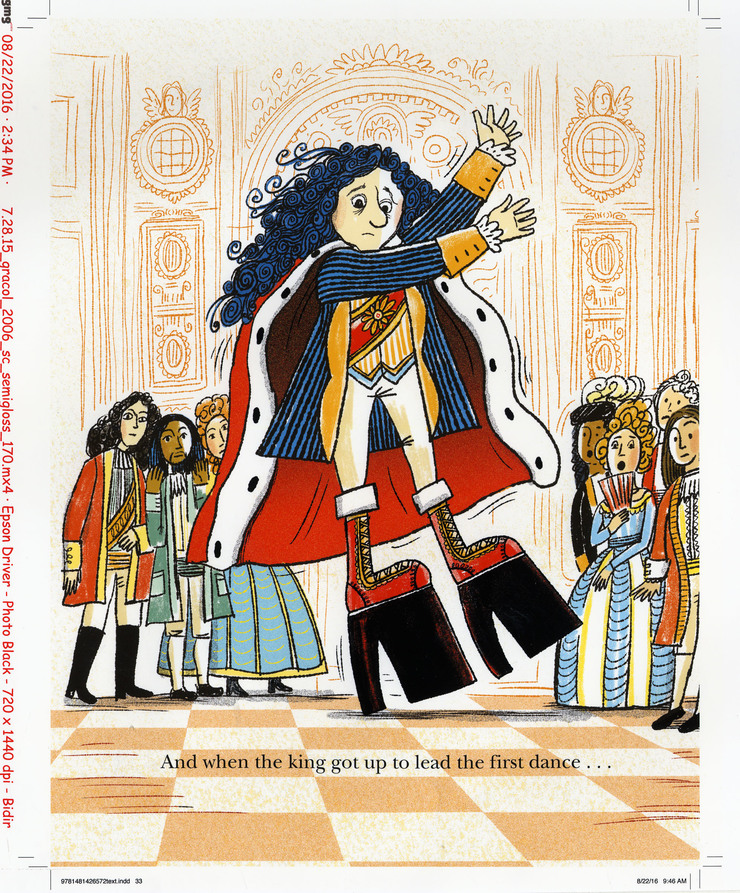 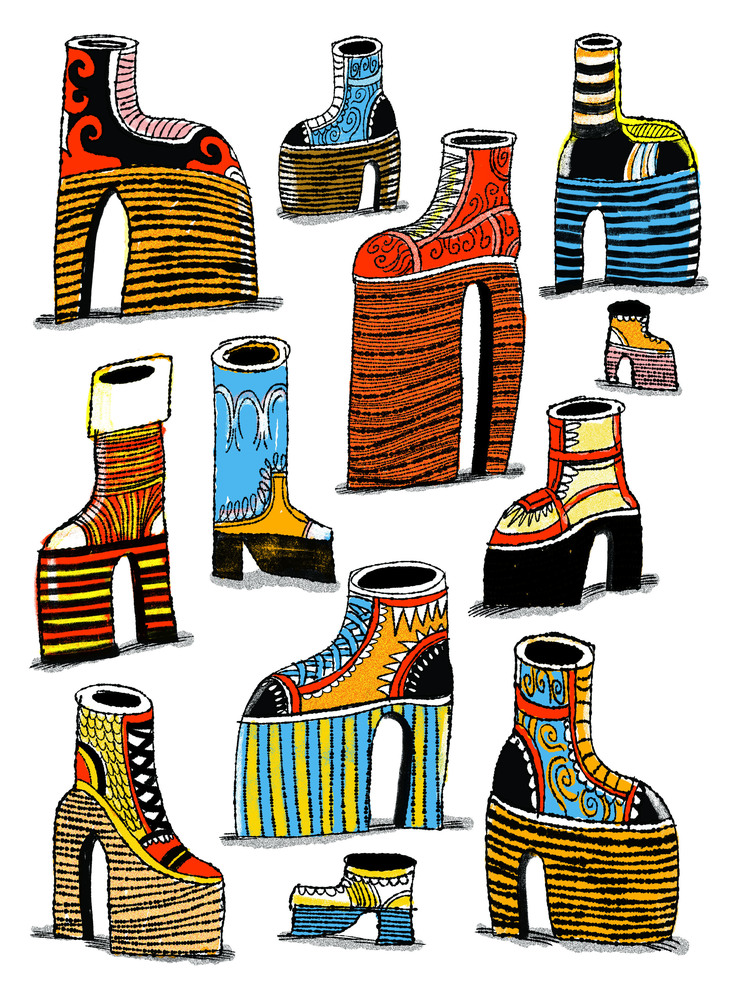 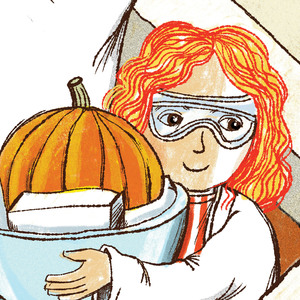 "Fall is for School" Is a sequel to my "Winter is for Snow". We're in the final stages of getting her to press- Rotem Moskowitz, my editor, has lovingly shepharded this project through and Maria Elias is my art director. Published by Hyperion / Disney, Fall will be out next fall ('17). In this book, my brother and sister character's roles are reversed.  Instead of big brother trying to persuade his little sister to go outside in the snow, she's pushing him out the door on the first day of school. Here's a featured review from The New York Times Book Review for "Winter": “Winter Is for Snow” is a tale of two siblings — a brother who loves the icy flakes pouring down outside their apartment window and a sister who is cranky about it all — by the prolific children’s book author and illustrator Robert Neubecker. These two start out like Desi and Lucy, disagreeing about everything. “Winter is for fabulous! Winter is for snow,” sings out the copper-haired brother. “Winter is for lots of clothes! And I don’t want to go,” deadpans his younger copper-haired sister. (Her blasphemy recalls a Carl Reiner quip: “A lot of people like snow. I find it to be an unnecessary freezing of water.”) These small urbanites argue back and forth in delightful, singsong rhyme, the brother joyfully throwing his arms up and kicking his legs out to add emphasis to his argument, which grows more elaborate with every page. “Winter is for glaciers, with walruses and seals,” he pleads, “diving in the icy sea for scaly, fishy meals.” Slowly but surely, he manages to dress his sister and edge her outdoors into a cityscape colorfully and whimsically depicted with a park jam-packed with people frolicking in an excellent variety of snow hats. Though she has resisted her brother’s — and winter’s — charms, even turning her attention to a beeping electronic device (at which point lesser brothers would have given up), we eventually see him pulling her along on a sled. And then, a little too easily, she finally changes her mind, declaring, “I love snow!” It’s nice to see her hardworking brother win the argument and to see them both out enjoying the fresh air. But she was such a good curmudgeon — I missed her old self a little when she was gone. (Nell Casey) 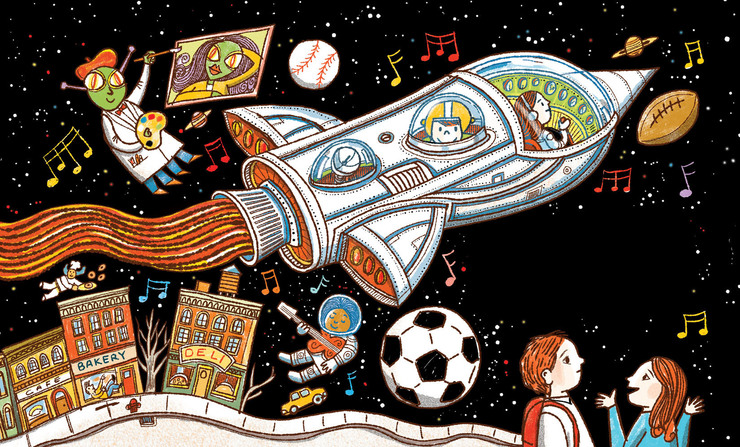 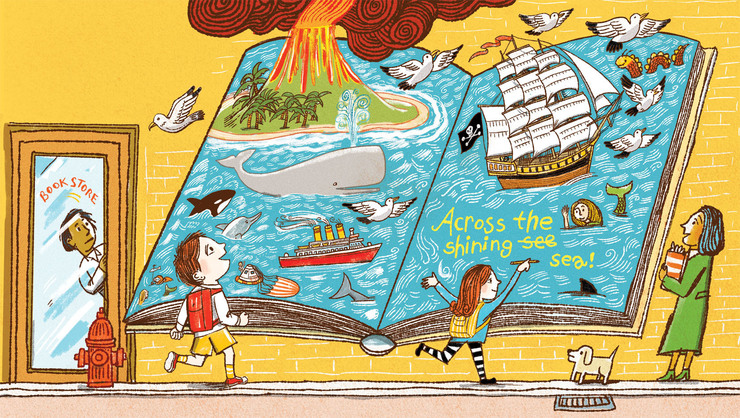 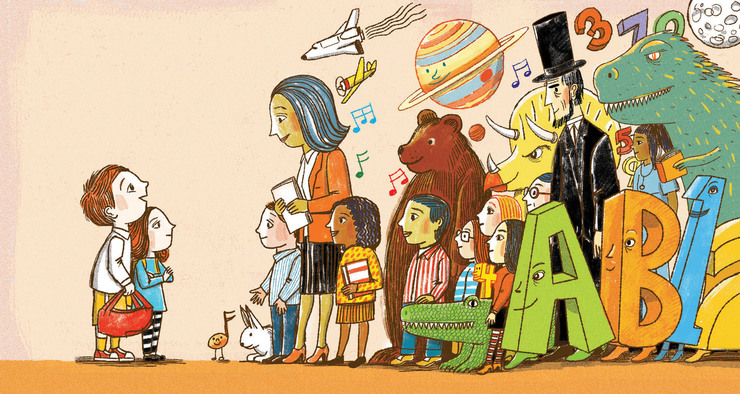 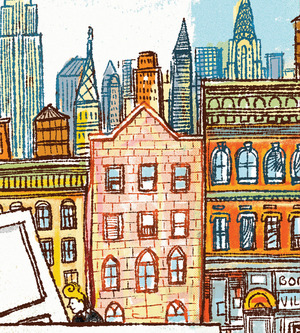 This final project is "Keith Haring: The Boy Who Just Kept Drawing". Keith needs no introduction to most of us, indeed some of us are old enough to remember seeing him drawing in the subway or dancing in the clubs. But for new generations of kids his art is as fresh as the day it was created. This book is a great intro to his life and work, written lovingly by his sister Kay Haring. It chronicals his short, unbelievably prolific career from early childhood to his untimely death from AIDS at thirty. Lucia Monfried is my editor on this (Penguin Random House) and I'm working again with Jasmin Rubero as art director. The Haring Foundation and Kay provided us with a treasure trove of Kieth's art and I did my best to frame it with lively illustrations of the 1980's New York art scene. This is scheduled for release on Valentine's Day, 2017, as a valentine to Keith. Below are some of the page proofs, marked up. 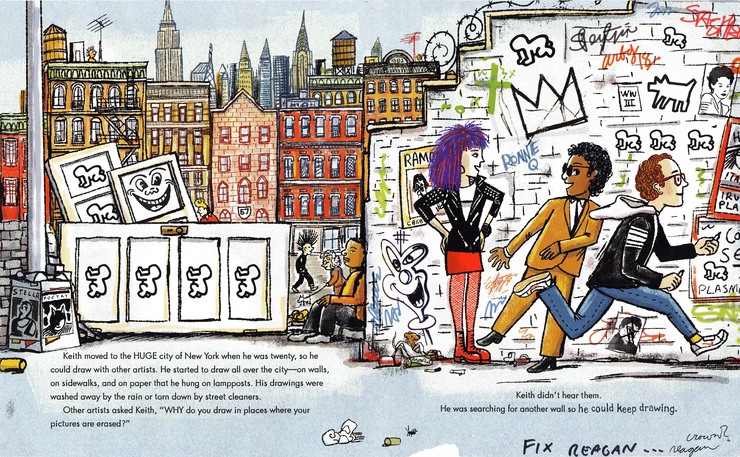 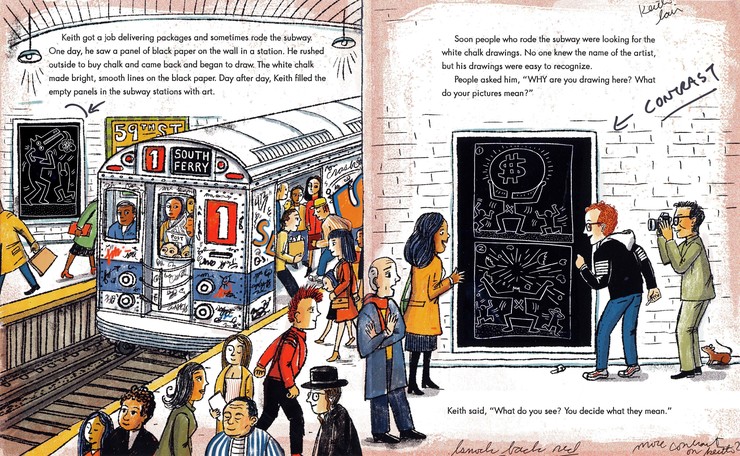 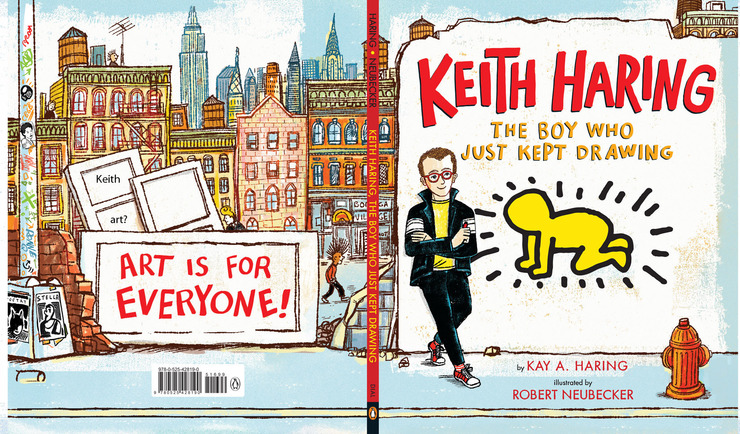 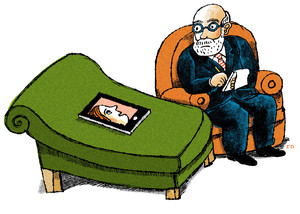 And lastly, here's an editorial drawing from WSJ. That's all for now, folks.Thanks, R.

About the Author: Robert Neibecker