Garth Glazier is currently developing a new line of posters for his Michigan Travel Series.  Each design features a travel destination in the state and explores the character of that destination by focusing on some essential symbol or symbols that evoke a mood and sense of place.

The original concept was “Rise Detroit” but because that idea was already taken by a great foundation that raised money for area causes, Garth renamed it “Deco Detroit” due to the famous Indian freeze featured on the side of the Penobscot Building.

Garth Glazier is represented by American Artists Reps. More of his work can be seen at aareps.com. 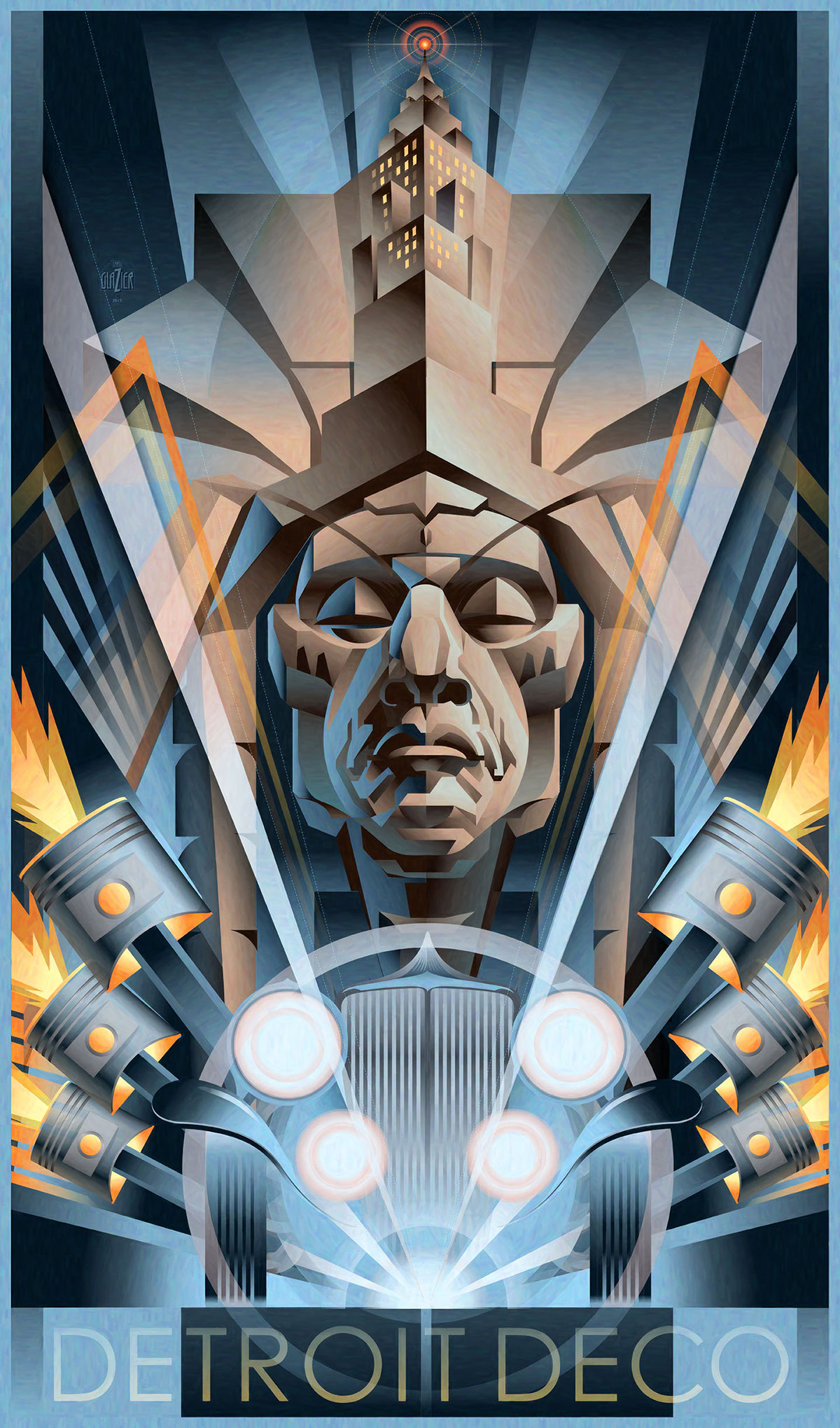 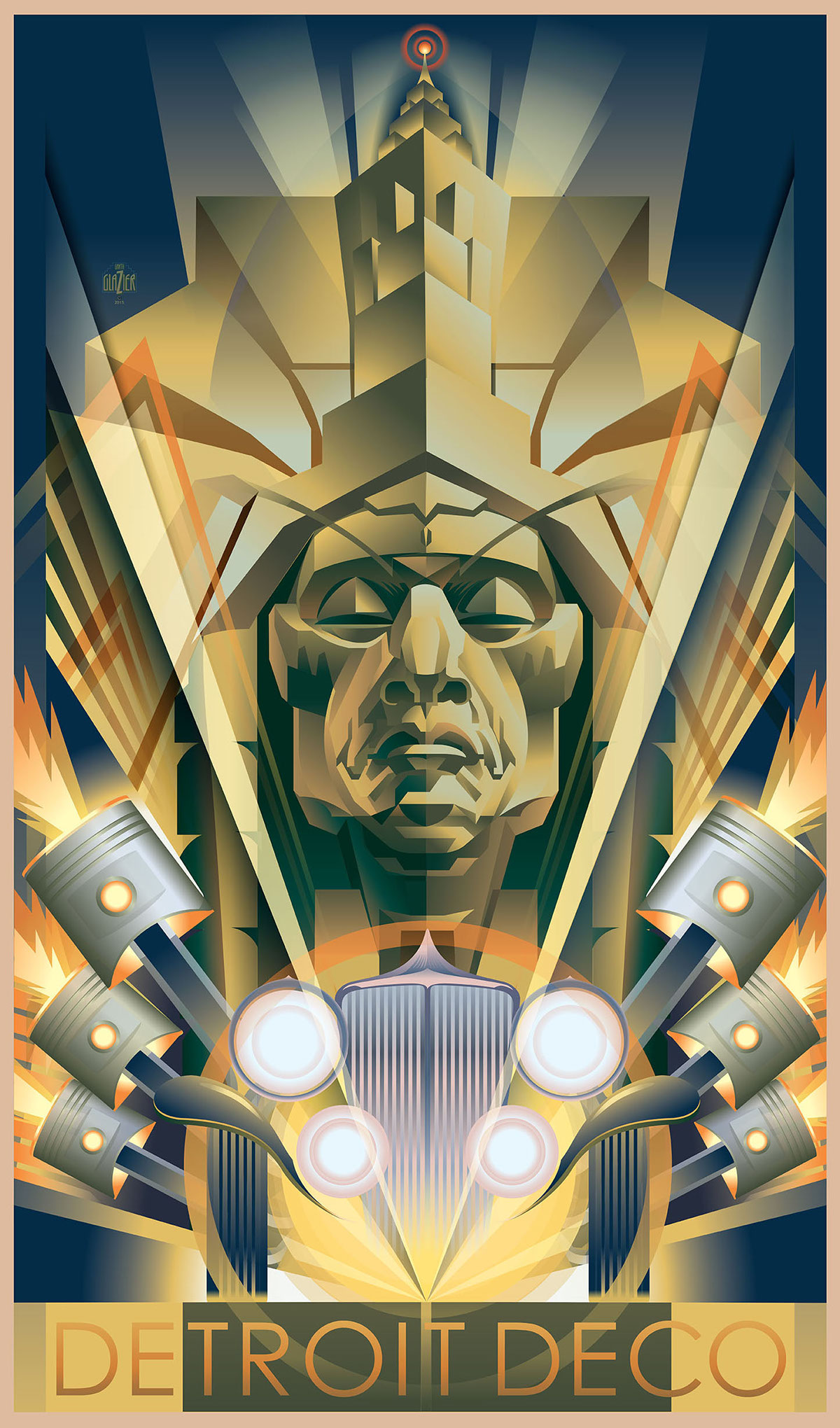