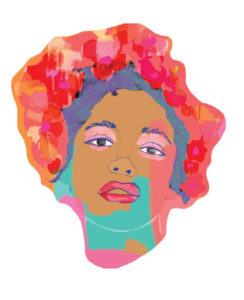 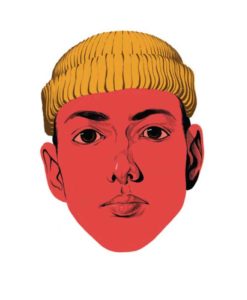 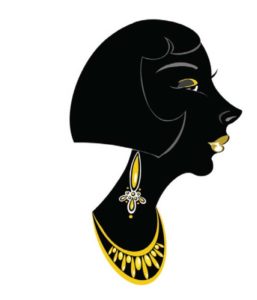 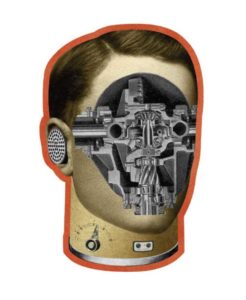 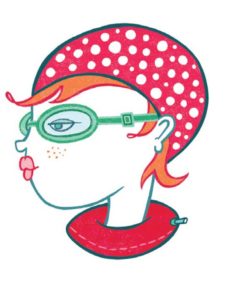 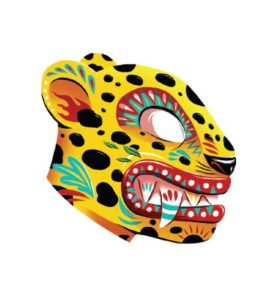 The “Heads Above the Rest” campaign was featured on the back cover of the May/June 2020 Communication Arts Illustration Annual to highlight the superb variation of talent that can be found on www.directoryofillustration.com.

Read on to learn a bit about each artist, and find quick links to explore much more of their work.

SharonVolpe is an award-winning illustrator/painter that transforms how humans feel on the inside through to the outside using expressions, playful themes and symbols. Her work has been exhibited in advertising and social median campaigns, magazines, point-of-sale, digital apps and in gallery exhibits in the U.S. and abroad.

Sharon’s work has been honored by 3×3 International Illustration Annual 16, Every Woman Biennial, American Illustration 38 and 39 Call for Art, ILLO2020 and Creative Quarterly.

MAYBELLINE chose Sharon’s original artwork for an on-line postcard campaign that is currently running May 2020 through the Fall. Upcoming in September 2020, her art will be showcased in the Oculus at Westfield World Trade Center as part of the curated MvVO Ad Art Show. 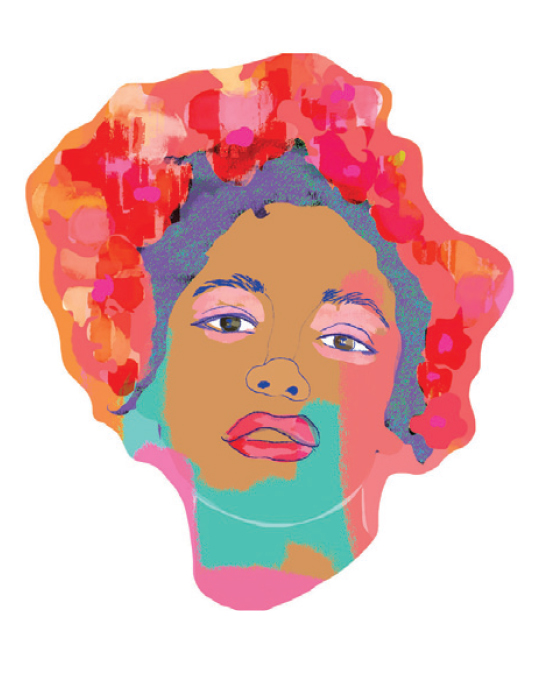 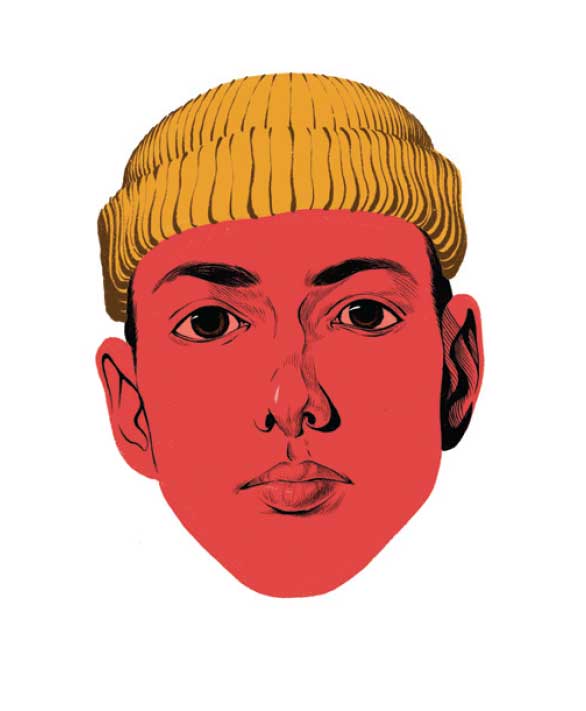 Using a combination of pen and pencil, Iain Macarthur creates beautiful and elaborate hand-drawn works. His intricate pieces centre around portraiture, nature and wildlife, all depicted in a subtly surreal and unique way. Iain works for a diverse range of clients across advertising, editorial and packaging, including Pepsi, Playstation, Sainsbury’s, Walmart, Nike, All Saints, BAFTA and The Telegraph. Iain Macarthur – voted one of Lürzers Archive 200 Best Illustrators 2016

Neale Osborne is perhaps best known for his lively pen-and-ink work, in the expressive manner of fellow English cartoonists Ralph Steadman and Gerald Scarfe – though he also has a distinctive graphic style which in recent years has developed into a crisp, colorful – and very adaptable – digital technique. Over the past two decades, Neale’s pictures have appeared in such publications as Country Life, the Times, the Gramophone, the Daily Mail, TLS and Mojo, as well as in concert programs for the BBC Proms and the Mariinsky Opera. His single largest commission, thus far, was for a series of ‘Alice in Wonderland’ illustrations to go on a range of ‘tea party’ packaging – yet there are many years’ worth of work to be found in his various book projects, most notably his illustrated children’s novel ‘Lydia’s Tin Lid Drum’, published in 2009 by Oxford University Press. Neale’s portfolio often reflects a love of early cinema and classical music, and his images can now be licensed from the prestigious Bridgeman Arts picture library. 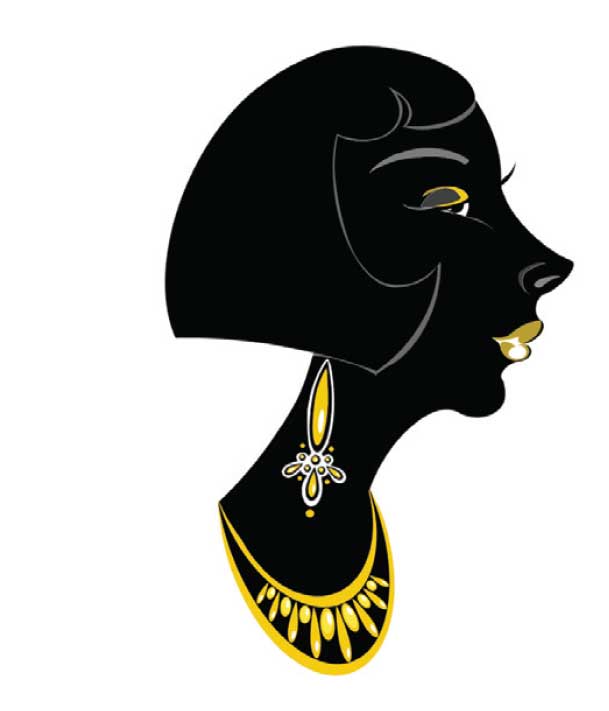 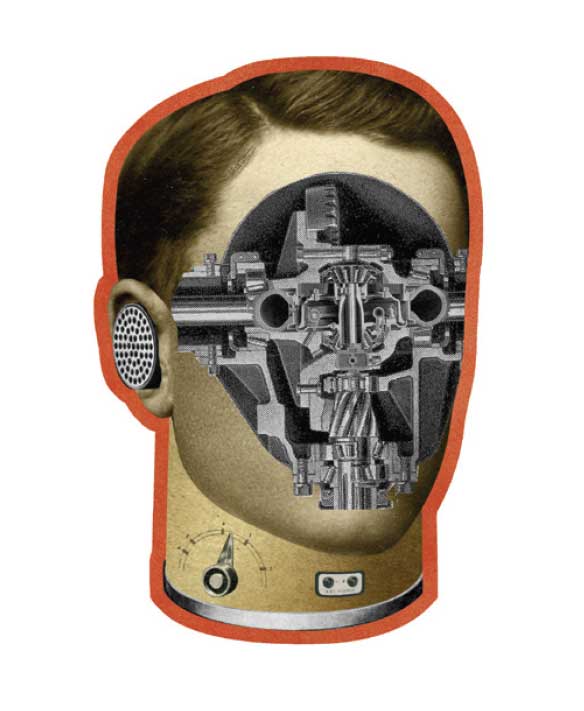 David Plunkert’s illustrations have appeared in advertising campaigns for Fortune 500 companies as well as major newspapers, magazines, and recording labels. His work has been recognized by American Illustration, Communication Arts, Graphis, Print, the Society of Illustrators, and The New York Art Directors’ Club. He has been featured in numerous books including: Cool Type, New Masters of Poster Design, The Greatest Rock Albums that Never Were, Mixing Messages, Typography Sketchbooks, 1,000 Indie Posters, and Visualizing Finance 1.0. He has taught graphic design and illustration at Shepherd College and Maryland Institute College of Art in addition to lecturing for AIGA Chapters throughout the US. His work has been collected by museums and private collectors, and has been exhibited internationally. He has received gold medals from the Society of Illustrators NY and the Best Film Poster Award at the South by Southwest Festival (SXSW). He and Joyce Hesselberth co-founded Spur Design in 1995. He was inducted into the Alliance Graphique Internationale in 2011.

Monica’s illustrations have been described as sweet and sour, and been featured in several award winning ad campaigns, editorial publications and art shows.

She spent the better part of two decades as a Creative Director. Here’s what she has to say about her transition to illustration:

“Each time I commissioned illustrations, I was secretly envious of the artist on the other line getting the chance to make beautiful art for a living. Little by little, I was lucky enough to create illustrations for a few campaigns, and finally just jumped in feet first.

“I love a good visual mash-up, work that makes people chuckle and I definitely dig a good political draw. Someone once said that illustration shines a light. Whether it solves creative puzzle or pulls apart a current event, illustration is more important than it’s ever been. It gives us levity, makes us think and inspires action. Nothing could make me happier.

Monica is an avid follower of Yuko Shimuzu, Barry McGee, Anja Kroenke and Laura Laine, and also a pug enthusiast. 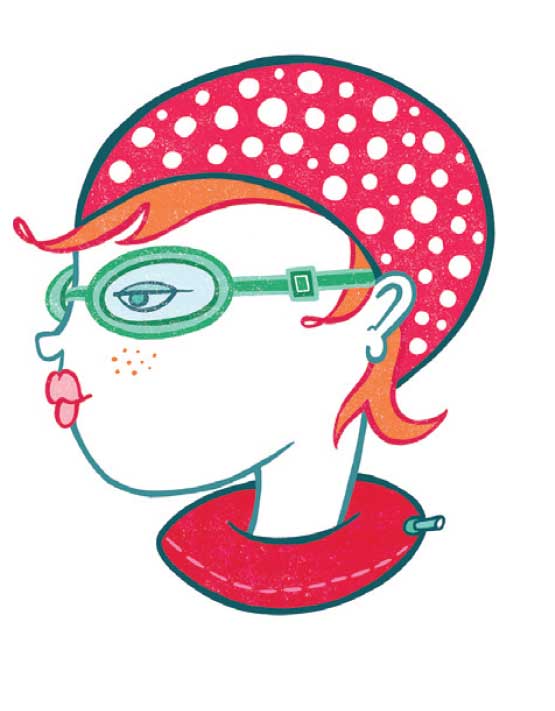 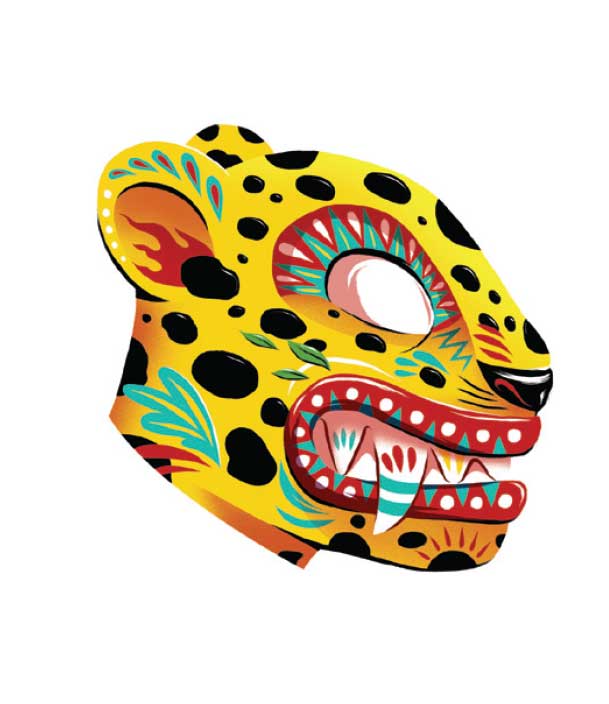 Luis is a Mexican graphic designer/illustrator currently based in Guatemala. Most of Luis’ work is colorful, conceptual and expressive. He loves to use and experiment with a variety of mediums. He’s influenced by folk stories, daily routines, graphic novels, art history and pop culture. His illustrations appear in advertising, murals and magazines, for clients that include Google, Little White Lies, Guzmán & Gómez, Easy Jet Traveller and many more.

About the Author: Directory of Illustration