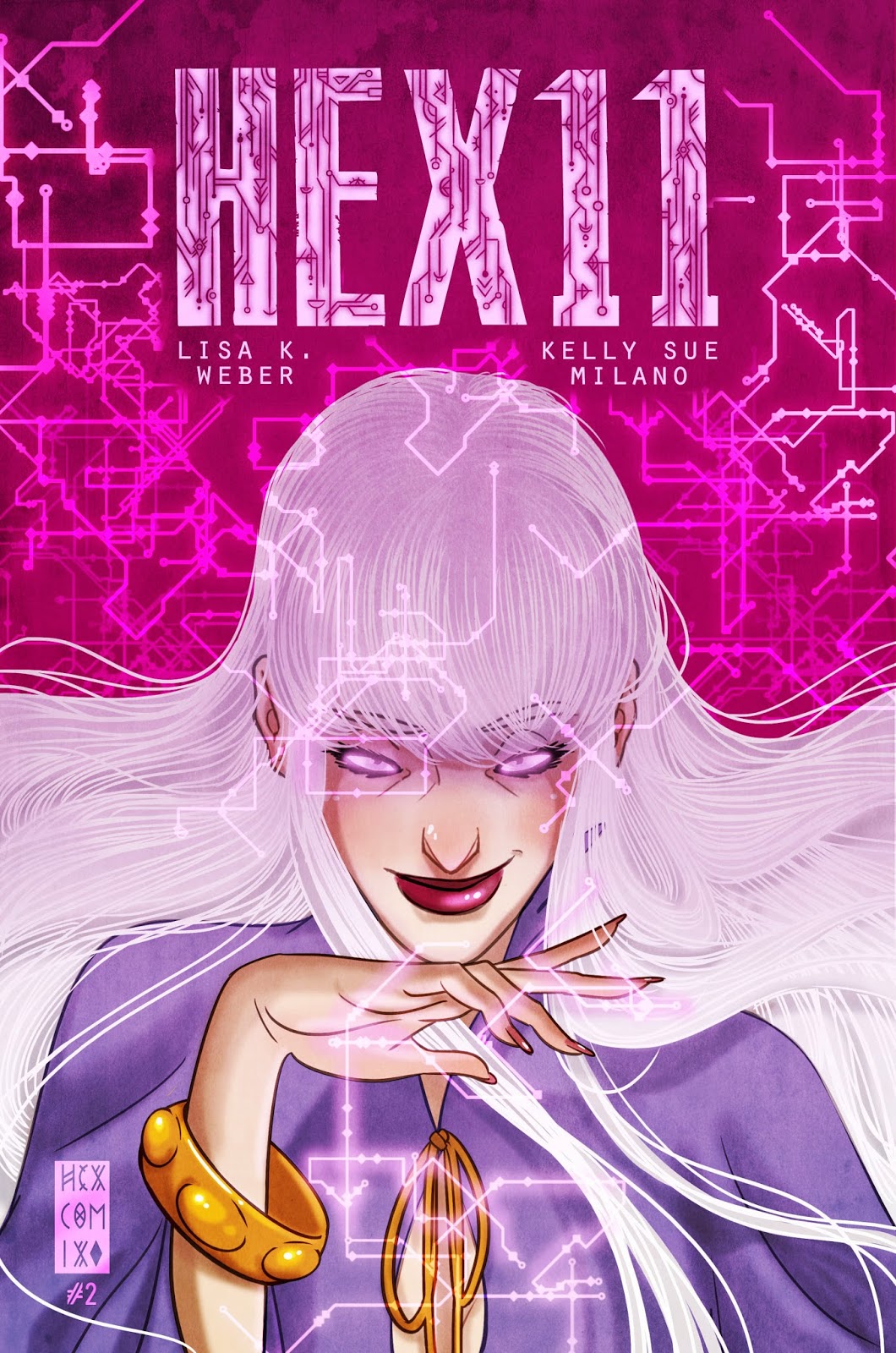 So it’s not far from a year since my last update? Well time flies when you’re making comic books! I started a production company last year with my partners in creativity Lynly Forrest and Kelly Sue Milano, culminating in the October 2014 release of our new comic book, HEX11. It’s a story about a future world where magic is a new technology being fought over by modern day witches, evil corporations, and arrogant demons. The creation of it has been a dream come true and the reception has been overwhelming.

We’ve met some amazing people along the way, been nominated for the first ever Dwayne McDuffie Award for Diversity in comics, and released Issue #2 last weekend at LBCE! I’m now hard at work on Issue #3 and as such, won’t be updating very much on this blog for the time being. So if you’re interested in new artwork, please visit HexComix.com, or follow us on our social medias: Facebook, Twitter, Instagram, and Tumblr. All news and art is regularly updated!