Cinco De Mayo, May 5, 1862 Mexican soldiers smashed the French and a traitor Mexican army. It’s a complicated story. But Americans celebrate our neighbor’s victory too. One of the reasons is that when Japan attacked Pearl Harbor, thousands of Mexicans joined the American Armed Forces to fight our war with us. Mexicans, you see, never forget who their friends are, and neither do Americans.  That’s why Cinco de Mayo is such a party — a party that celebrates freedom and liberty.  There are two ideals which Mexicans and Americans have fought shoulder to shoulder to protect, ever since the 5th of May, 1862.  VIVA! el CINCO DE MAYO!

Secondly, I’m personally celebrating my art on Macys.com (search Wall Art). Macy’s has a dozen of my most popular European landscape and cityscape paintings available in open-edition framed giclées for their huge market. Check out the site. “Thank you”, Dennis at Future Media Development for all your hard work getting me on-line with Macy’s. 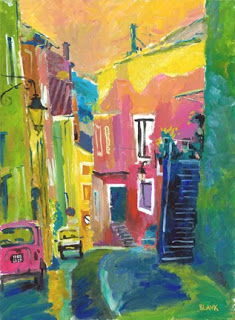 Thirdly, my thanks to Robin at Wyland Gallery for hosting my “Impressions of Vegas” show at Wyland Gallery at Planet Hollywood. It was great to see old friends and clients and make new friends too. Also, “Thank You” Lou Anne for bringing Cari and Claudia, two extraordinary beautiful Showgirls, to show their stuff at the gallery. 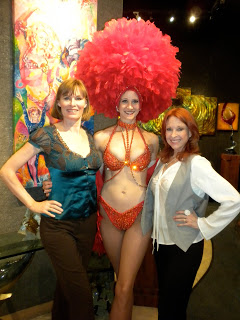 Thanks to Dianne and Janet at LIVING WELL Nevada Magazine for the back cover of this month’s issue. 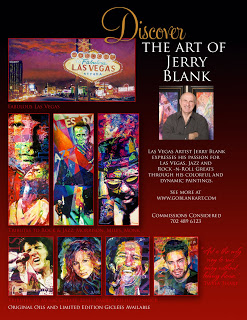 I just completed a Tribute painting to Jimmy Durante in Las Vegas. What a face! It was a fun piece to paint. Tom Jones is next. 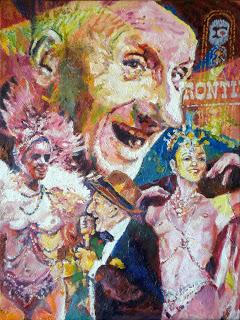