We recently had the pleasure of interviewing new Directory of Illustration artist Charlie Wagers!

Charlie is an illustrator, graphic designer and art director currently living in Pittsburgh, Pennsylvania. His dynamic designs have graced everything from band merchandise to beer labels—and it’s easy to understand why. Influenced by screen-printing techniques and bursting with bright colors and geometric forms, Charlie’s creations undoubtedly stand out among the rest. Charlie has worked with a number of notable clients over the years, including The Black Keys, Dave Matthews Band, ESPN, Warner Music, Forever 21, and many more.

Take a look at some of our favorite artwork by Charlie: 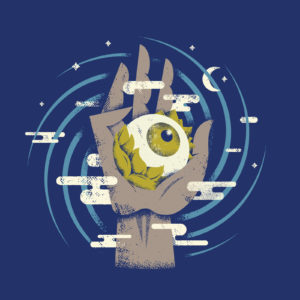 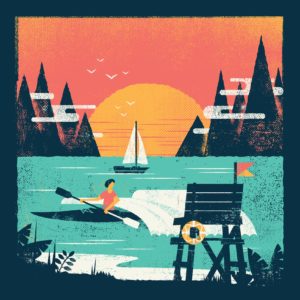 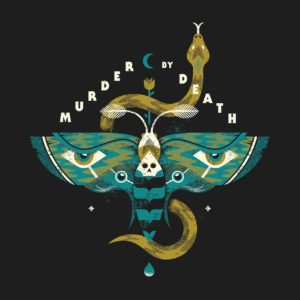 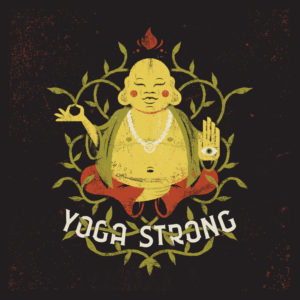 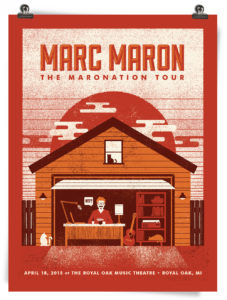 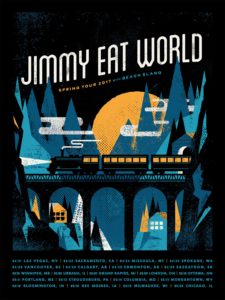 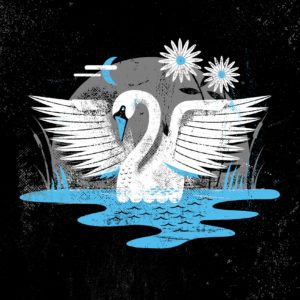 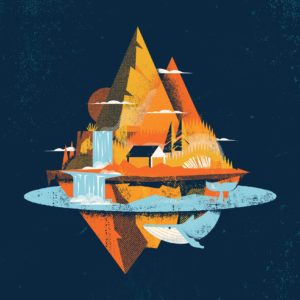 Check out his portfolio to view additional work and explore his website at charliewagers.com.

Directory of Illustration: Why did you choose to pursue a career in design?

Charlie Wagers: My interest in graphic design is the cliche story you hear from so many of my peers: I loved to draw when I was a kid. As a teenager I was really into skateboarding—obsessing over the graphics from the skate brands of the 90’s. That was my first exposure to the type of design that formulated my eye for that style of artwork, which very naturally evolved into an interest in punk music. It was going to punk shows and meeting other artists that really directed me onto the path of designing band merch. I always wanted to be a fine artist, but I’m more prone to the problem-solving nature of graphic design and illustration. I loved band merch, so it was only natural that I wanted to make it too.

DI: Can you tell me more about the inspiration behind your work?

CW: My entire family is from Kentucky, and I spent the majority of my childhood on 800 acres of farmland in a rural town in East Kentucky. I still own land there, so I visit a few times a year when I need a retreat. That environment strongly influenced my technique when it comes to texture: I like to things look old and weathered. An interest in old technologies also pushed me into screen-printing, which I incorporate that into my work as often as possible—even if I’m not actually printing my work; it still has that distressed style. I’m also heavily influenced by mid-century modern design; be it architecture, furniture design, or illustration. Charley Harper’s geometric forms and wildlife subjects are a very obvious influence, but also the way Frank Lloyd Wright combined natural materials with modern forms.

DI: Your unique artistic style has been described as “Chillbilly” by humorist and bestselling author David Sedaris. What are your thoughts on that?

CW: I met Sedaris several years ago through some mutual friends in Akron. I wear my southern roots on my sleeve, and I thought it was hysterical when he dubbed that term: hilariously encapsulating the combination of my Kentucky upbringing and distressed textures, with a hankering for bright colors and modern forms.

DI: Between your extensive vinyl record collection and your experience designing music posters and other band merch, you seem to have a considerable passion for music. What has been your favorite band(s) or artist(s) to work with?

CW: The music industry is surely responsible for my career up until this point. I got my start by designing t-shirts for my friend’s bands when I was in high-school, and pursuing that pretty hard throughout college, realizing ‘I can actually make money at this!’ It’s definitely exciting when a popular band, or one I’ve been listening to, reaches out for some work on their tour merch. But to be honest, I’ve been feeling burnt out on band merch lately, and have been trying to re-direct my career to gain clients in different fields. That’s one of the reasons I’m excited to be a partner up with DOI; in hopes of establishing some new client relationships.

That being said, I’ve made plenty of close friends in the music biz over the last decade. The guys in mewithoutYou have become like brothers to me—they’ve sometimes referred to me as the seventh member of the band (the sixth being their manager). I started working for them in 2009, when I was obsessing over their fourth record “It’s All crazy…” Fast forward to now, and I’ve worked on their last 3 records, spent a bit of time on the road with them, and I can’t even count how many of their shirts I’ve designed—it’s somewhere between thirty and forty.

DI: Are there any exciting new projects that you are currently working on or have recently completed?

CW: At the moment, my girlfriend and I are pursuing a passion project of opening a plants and home-good shop here in Pittsburgh, and it’s been a blast to design the branding elements for the store. Just today I sent a neon sign into production, and I’m super excited to see the design come to life in that format. As someone who primarily works from home, I get restless and often post-up at a coffee shop. I’m looking forward about the idea of going into a new space several days a week, though very curious to see how it works out while trying to juggle design work while also selling someone a cactus.