Here is my progress in producing the book ‘Little Jack’s big Adventure.’ The layout design for the inner pages, and cover. The design relies on a text base following an alternate corresponding illustration in Vignette form . I have used a basic design for this particular book project, however in future book projects I will be using more complex illustration designs such as full bleed and illustrations that wrap around text. In this project, the various illustration segments have been alternated to ease the flow of the story, (Some are on the left others on the right) In some instances I have had to reverse an illustration to fit into the scheme. The context of the story has also changed the format of each illustration, mainly in the overall colouration and also in light to dark dynamics. The colour design is also used to follow the story and the pictorial mood. For example in the bullies illustration, the surrounding design/colour choice is dark and brooding. The colour choice also follows the story, for example the slide illustration has all the colours (implied) of all the stages that Jack has travelled through. this helps to visually, and dynamically, tie the story together. In some instances I have used simple graphics/cues  to suggest and/or reinforce story elements. for example in the King Mondril illustration I have used a representation as a graphic of the pozel portal. (behind the king with Jack sitting on his arm) and again with the slide illustration, where the red doors are reflected on the opposite page where the text will be.  In this post I have included the bullies text for you to see the text in situ, as you can see the colouration of the text will also alternate to fit in with the overall design of the double page colouration. I have obviously not included all the text in the design as yet, until the project is published. I have produced the text already, ready to be inserted later. I have yet to produce the page numbers, some elements of the book cover, (the first illustration shown) and also the front and end pages, ( 2 front, 2 end, making 18 doubles x 2 =32 )  which will also be coloured in line with the design of the whole book. The contents of these pages have yet to be determined visually but I have an idea of what should be included and where the various elements should go. I have put the pages in order (cover first) to show you how the overall design will work. various elements of the design still have room for development, but this gives you an idea of the general ‘feel’ and my intentions for the project. 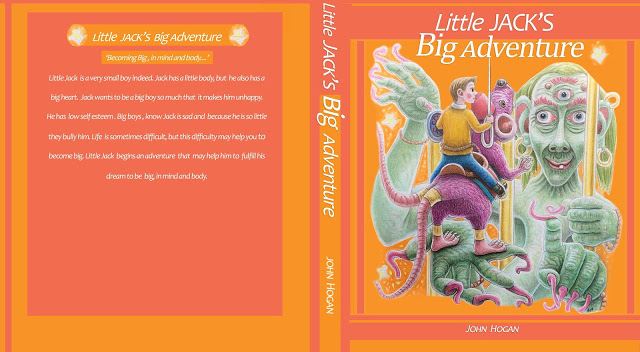 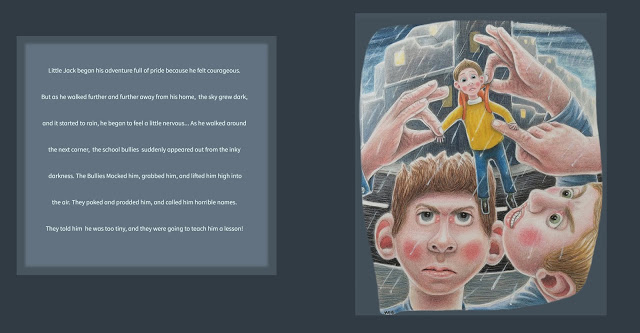 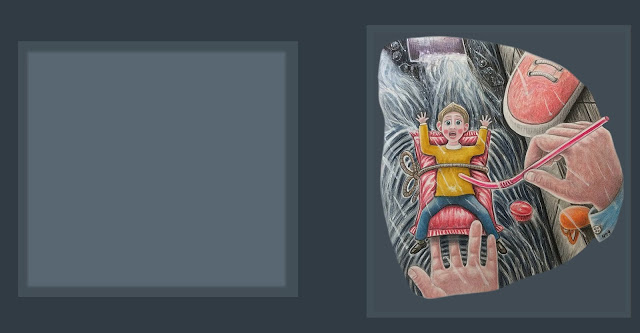 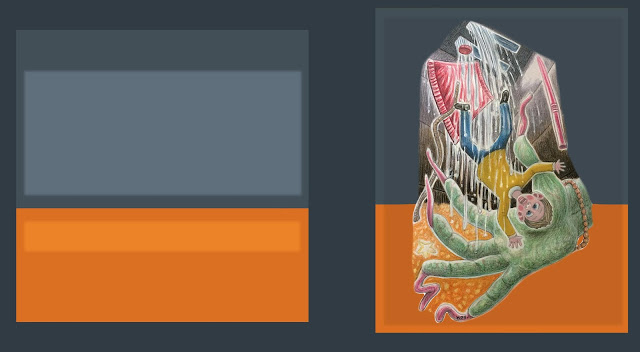 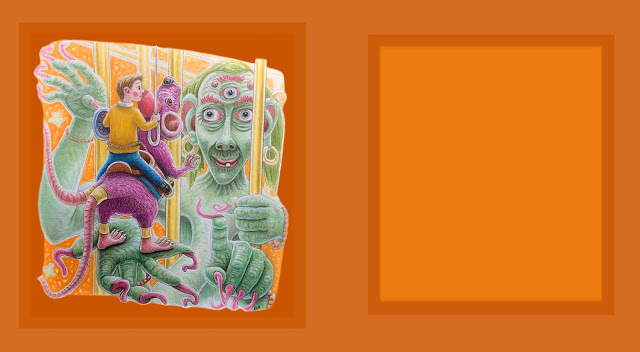 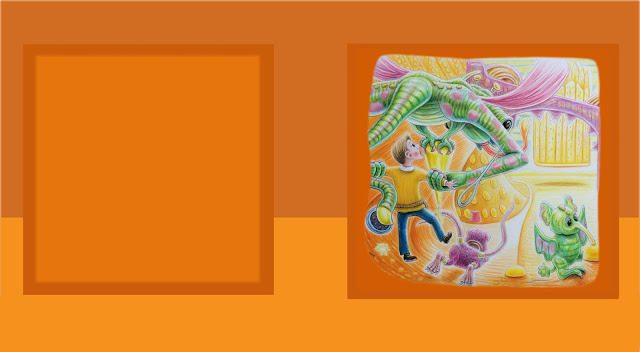 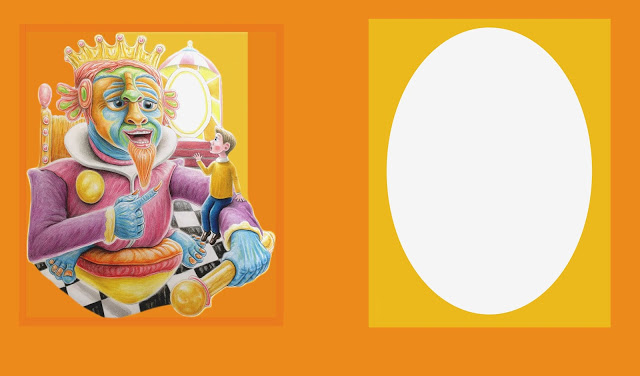 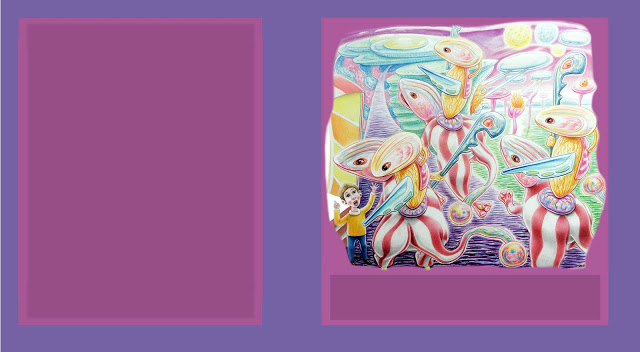 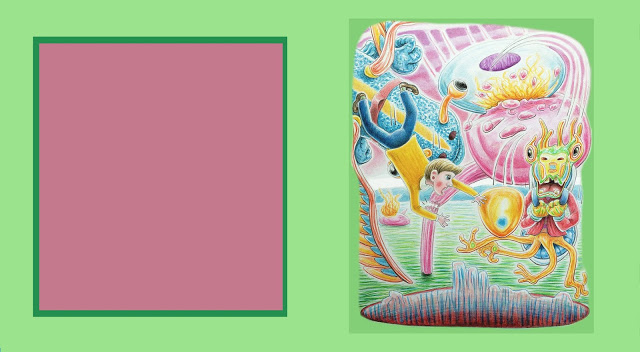 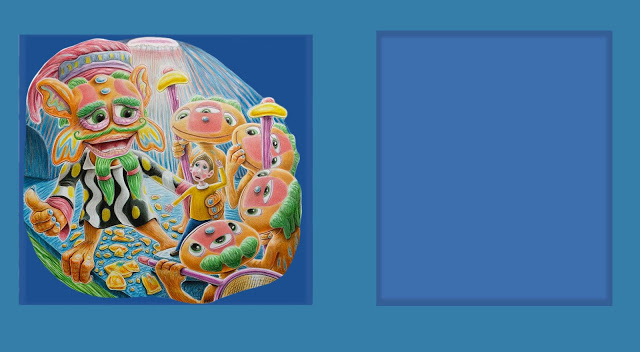 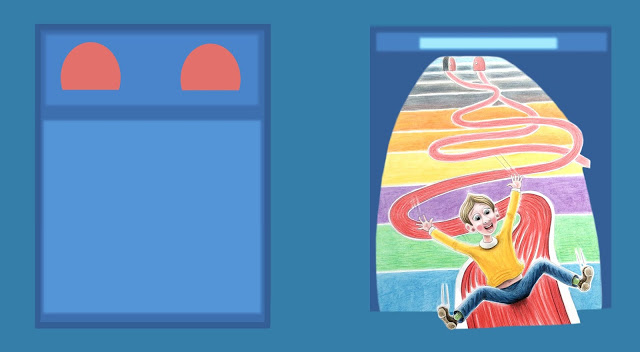 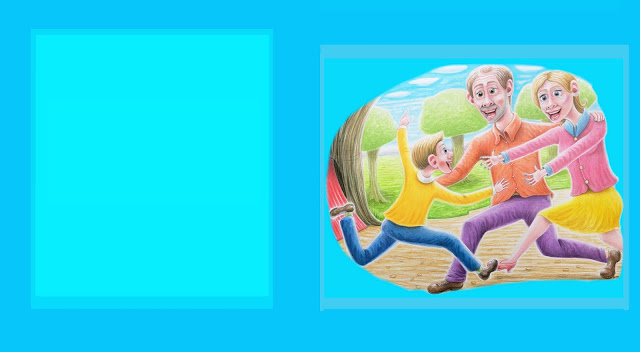