Support the art. Support the reef. That’s what Janelle Barone, Australian digital illustrator and graphic designer, is trying to accomplish with the launch of her new project, #TheBottomLine.

#TheBottomLine is an ongoing series of black and white artworks that reflect upon the issues surrounding the Great Barrier Reef and marine ecosystems globally. Janelle explains her motivation for embarking on this project:

Mining, plastic waste, coral death, species endangerment and climate change are all very real issues that threaten to destroy an ancient wonder of the world, and a vital part of the environment….The idea of spreading awareness, and using art as a donation or fundraising tactic is at the heart of what led to the creation of these works….Some of the works imagine a possible future without intervention, and others depict an alarmingly present reality.

Janelle has produced eight artworks for the #TheBottomLine project, which can be viewed below. 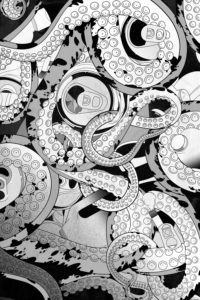 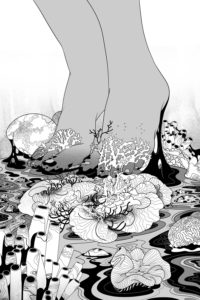 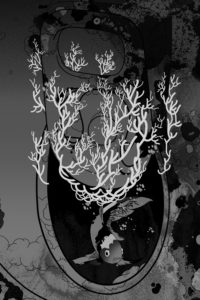 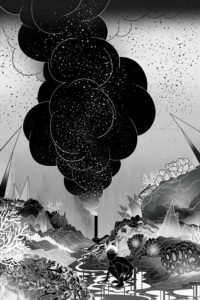 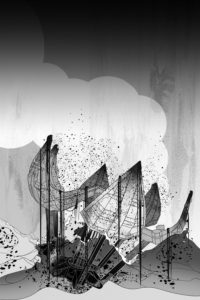 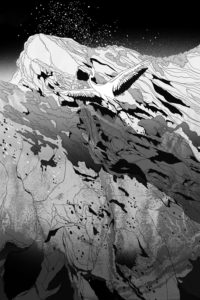 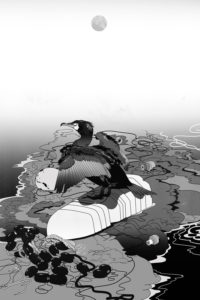 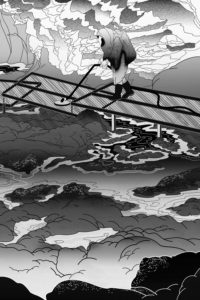 On October 2nd, Janelle launched a Kickstarter campaign to support the production of these artworks. In addition to the poster prints sent to those who make a pledge, Janelle is also creating a series of paste-ups as part of an Australia-wide paste-up campaign, beginning in Melbourne and expanding to other Australian cities.

What exactly is a paste-up? As Janelle explains on her website, a paste-up is a large, single-sided poster printed on thin sheets of paper; these posters are then pasted up in outdoor areas such as on walls, buildings and windows. Paste-ups are typically used for advertising due to their high visibility, but Janelle comments: “I’m using paste-ups to get my ideas about the environment out of my head…onto the street.” Funds from Janelle’s Kickstarter will go towards her paste-up campaign as well as towards social media marketing, a web store, an exhibition and marine conservation efforts. 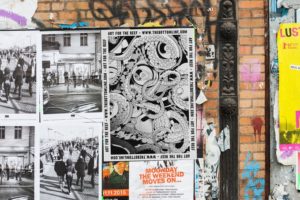 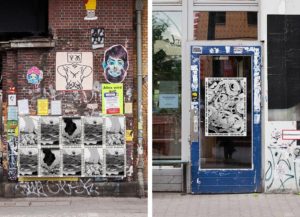 As of now, there is only one week left to donate to #TheBottomLine Kickstarter campaign. View Janelle’s project and consider making a pledge here: https://buff.ly/2RDSkn4

Check out the interactive panorama and full set of artworks here: http://www.janelle-barone.com/reef/