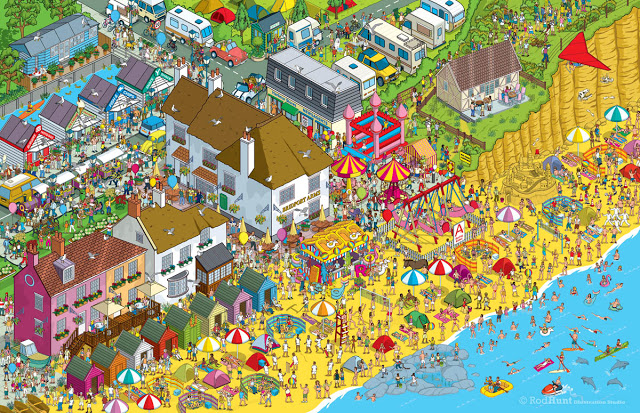 Rod Hunt was commissioned by the Daily Mail newspaper to illustrate The Great Summer £125,000 Treasure Hunt, the follow up to 2017’s hugely successful Treasure Hunt competition. Each week for two weeks a lucky reader would win £50,000 of gold bars, by simply solving a series of clues linked to the great British Summer. Each of the two treasure hunts would begin with the first clue contained in the artwork of a traditional summer scene, a seaside resort and an Arts Festival in the grounds of a British castle. 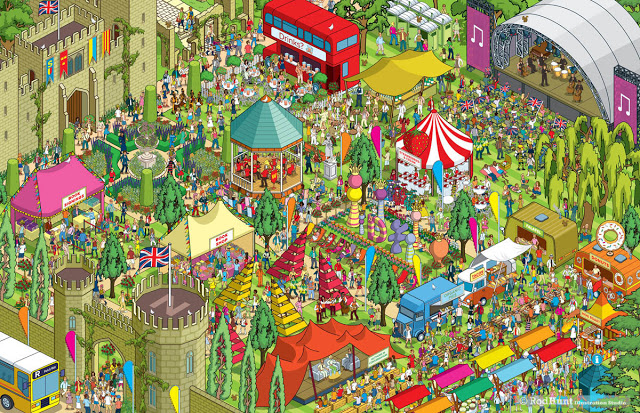 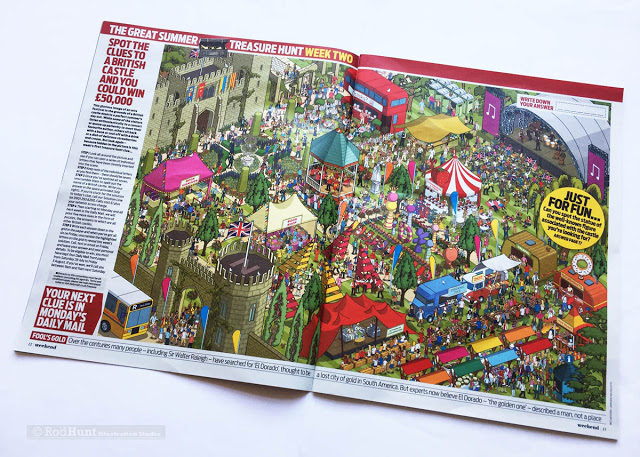