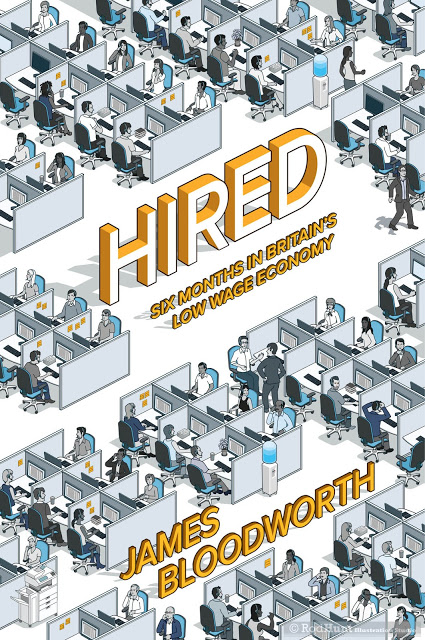 We all define ourselves by our profession. But what if our job was demeaning, poorly paid, and tedious? Cracking open Britain’s divisions journalist James Bloodworth spends six months living and working across Britain, taking on the country’s most gruelling jobs. He lives on the meagre proceeds and discovers the anxieties and hopes of those he encounters, including working-class British, young students striving to make ends meet, and Eastern European immigrants.
From the Staffordshire Amazon warehouse to the taxi-cabs of Uber, Bloodworth narrates how traditional working-class communities have been decimated by the move to soulless service jobs with no security, advancement or satisfaction. This is a gripping examination of Brexit Britain, a divided nation which needs to understand the true reality of how other people live and work before it can heal.’