Rod Hunt was commissioned to create a detailed and expansive map of Jodhpur by The JDH, an Urban Regeneration Project that aims to restore the Walled City of Jodhpur to its former glory, breathing new life into its invaluable landmarks and livelihoods. The map of this ancient city needed to capture a sense of fantasy and magical reality that included Jodhpur’s key landmarks and monuments as well as elements of Jodhpur’s rich culture, architecture and landscape. Situated on the eastern edge of the Great Indian Thar Desert, Jodhpur was founded in AD 1459 by the warrior Rathore Rajput Chief, Rao Jodha. The second largest of Rajasthan’s great cities, it is a bustling microcosm watched over by the mighty colossus of Mehrangarh Fort. 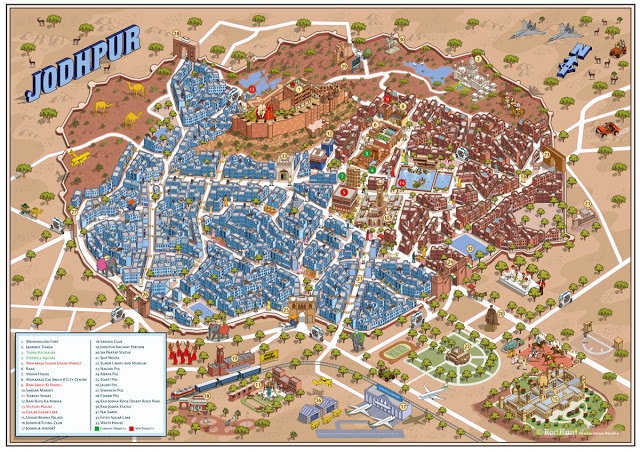 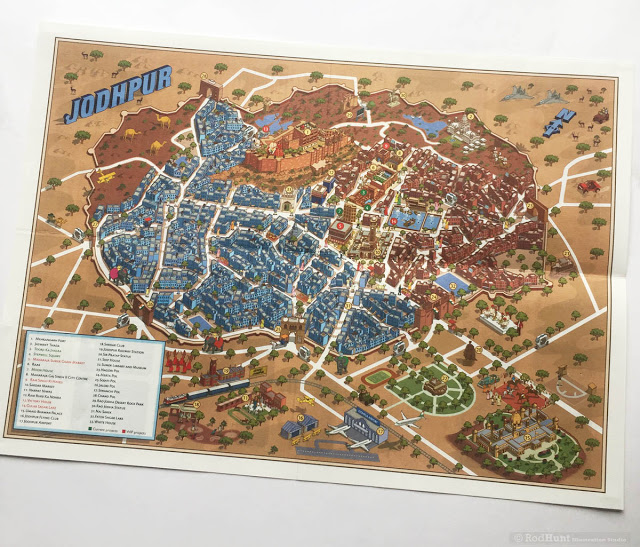