Latest Project: The Nutcracker at The Whitney Mansion: AAA Magazine

Rod Hunt was commissioned by AAA Magazine to illustrate Ballet on the Move, a guide to a performance of The Nutcracker at the Whitney Mansion in Detroit, USA.

Scurrying mice, prancing dancers, pirouetting snowflakes and the Nutcracker Prince take over The Whitney when the Southeastern Michigan Classical Ballet stages the holiday classic The Nutcracker, Nov. 14–15. But rather than performing on stage, the cast of 20 acts out the Christmas classic within the rooms of Detroit’s landmark 1894 mansion.
The evening begins with a three-course dinner on The Whitney’s third floor. Then guests head downstairs to follow the action and the performers as they play out The Nutcracker’s scenes in rooms within The Whitney’s first and second floors. The ornate 19th-century Romanesque Revival mansion plays an important role in the story, too, filling in for the Stahlbaum family home. 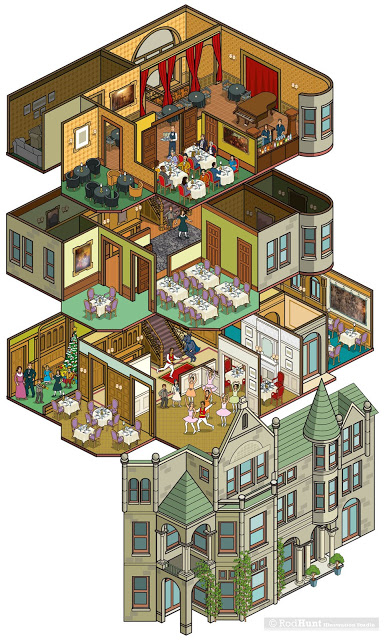 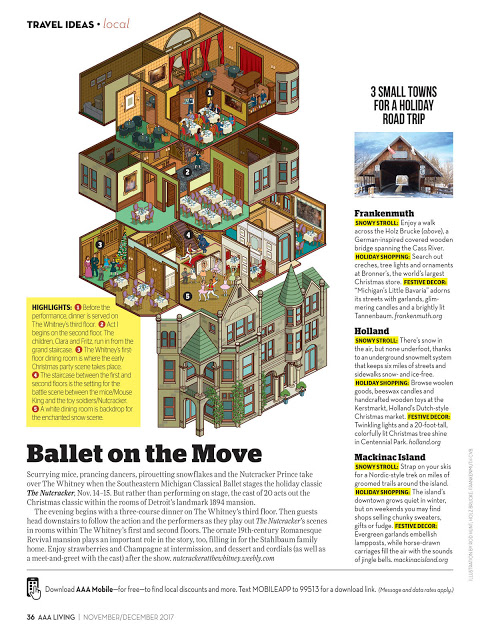