Matt Zumbo was commissioned by Koss to create artwork for a billboard advertising their headphones.

“Over the 30 years and 65 billboard illustrations I’ve enjoyed working on for Koss, we’ve often looked at pop culture for inspiration. However, this particular parody couldn’t show an actual character from Game of Thrones so the goal was to show a similar tough guy but of our own creation. The throne was at first glance to be the Classic throne but on second (or third) look, it’s composed of headphone jacks and components. The Raven wearing headphones to the left was kept secondary and is my favorite element.”

Matt is represented by Blasco Creative Artists. Explore more his work through his Directory of Illustration portfolio and at blascocreative.com. 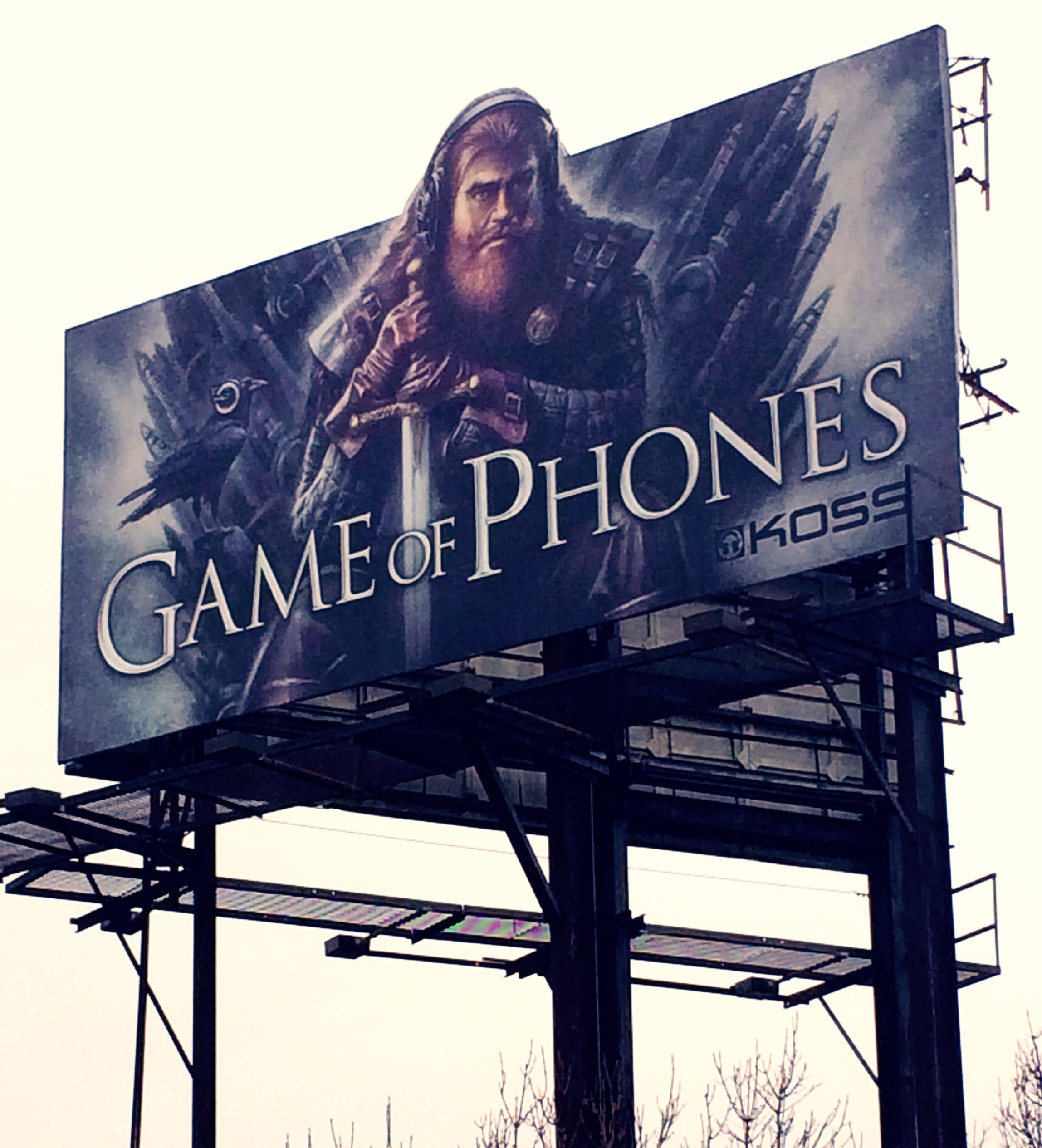