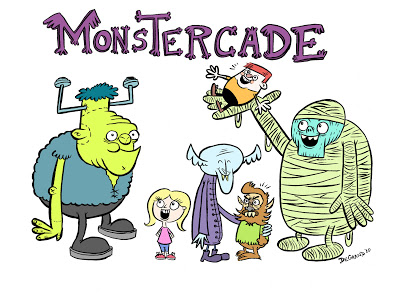 I wanted to introduce the world to a silly creation by myself and my good bud and hilarious writer Kit Lively, MonsterCade! This was originally done as an animated series pitch for Nickelodeon, which they passed on, but we ended up having so much fun with these characters that we plan on incorporating them into some comics. So, in a nutshell, here is what MonsterCade is all about:

Introduction
Gilbert-the-Vampire, Barry-the-Werewolf, Clyde-the-Laboratory-Created-Monster and Floyd-the-Mummy are all residents of Professor Moistner’s Halfway House for Monsters. They all want to join the human world, but aren’t sure how to fit in. Gilbert, however, is impatient and has an idea: He dips into his enormous fortune and purchases the halfway house, turning it into an enormous, Chuck E. Cheese type, monster-themed, arcade fun-center, complete with video games, a bowling alley, laser-tag, a complete animatronic monster rock band and a pizza parlor! Instead of going out into society, they can bring society to them!
Characters 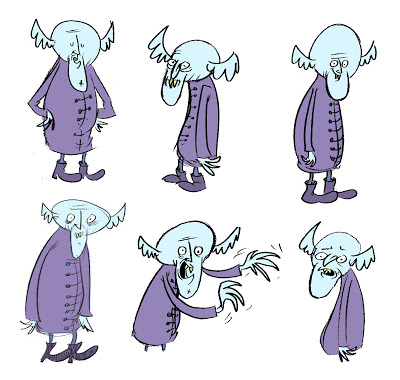 GILBERT (vampire) came to the halfway house to give up the monster lifestyle (and blood as well), although he’s now addicted to energy drinks. He is the owner and manager of Monstercade, and while that does make him the boss, he’s a laid back sort of fellow, and more of a friend than an employer to the other monsters. Also, he can fly around somewhat with the bat-wing ears on his head. 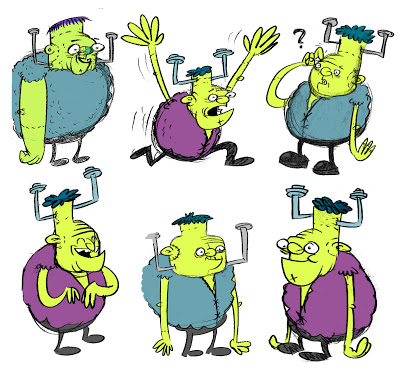 CLYDE (lab-created monster) was at the halfway house as a follow-up to his anger management course and has since taken up a pacifist and vegan lifestyle. Although bashful, he is good with kids and therefore works the arcade’s prize counter, where kids turn in their arcade tickets for fun trinkets. 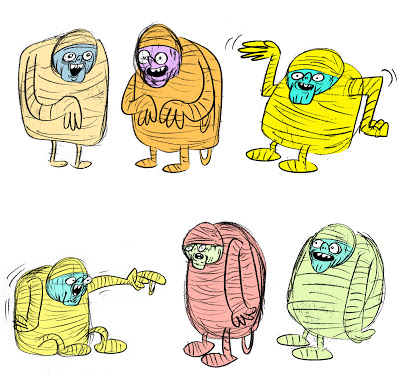 FLOYD (mummy) wasn’t a resident of the halfway house, and, in fact, was simply accidentally unearthed when the construction workers were digging up the property to make way for the laser-tag court. He’s pretty much indifferent to the idea of monsters getting along with humans, but he needs a job and can’t imagine a day without a few games of Ms. Pac-Man and ingesting obscene amounts of cheese-covered pretzels. So, he’s on board. 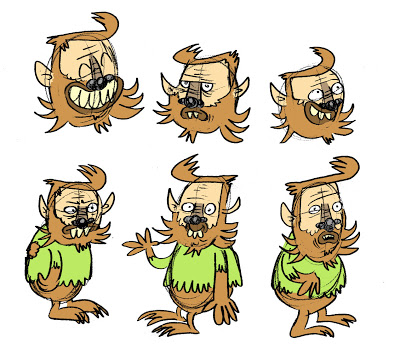 BARRY (werewolf) is the former best friend of Stu (the brain-in-a-jar). In fact, he is the reason that Stu is in his current predicament! Barry works at the bowling alley, which is nowhere near the snack bar. He is sort of a goofball who doesn’t really think about what he’s doing until after he’s already done it. 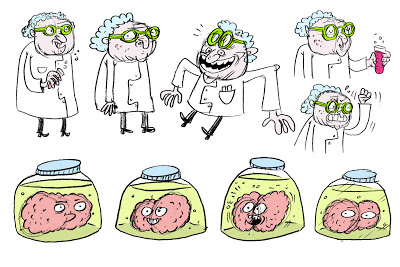 PROFESSOR MOISTENER (mad scientist) is the former manager and owner of the halfway house, and despite his odd experiments and peculiar-smelling potions, he is a generally pleasant fellow to be around. His companions are an understandably grumpy brain-in-a-jar (named Stu) and a zombie dog, both of whom assist him in the running of the arcade’s snack bar–regardless of the fact that zombies and brains usually don’t mix well together. 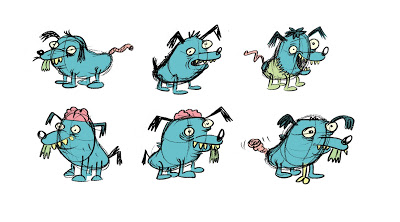 ZOMBIE DOG was adopted by the MonsterCade gang after he began hanging around the vacant lot behind the dumpsters. Nobody is really sure how he became zombiefied, but they do know that the worm that lives inside him (occasionally appearing from his rear, making him look like a tail) has more personality than most of the regular customers.

Although you won’t have the chance to see their crazy shenanigans on TV as was originally planned, keep an eye out for these guys to appear in some comic book adventures!

About the Author: David DeGrand