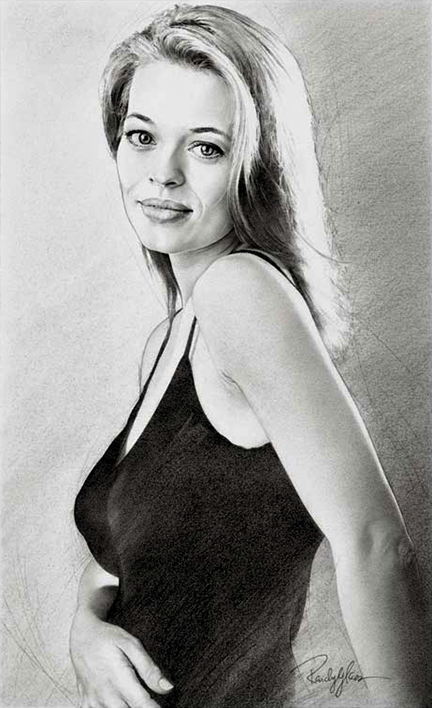 Exactly 20 years ago I created this portrait of actress Jeri Ryan who was starring in Star Trek: Voyager at the time. A limited edition of 500 signed and numbered lithographs were individually autographed by Jeri and sold in Viacom galleries in the U.S. and Star Trek conventions around the world.

Not long ago, a German artist name Uwe Hax reached out to me to share his own interpretation of my portrait of Jeri. Uwe creates his art using tiny plastic tiles called Ministeck, which he compared to Legos.

Lego’s interlocking plastic bricks are traditionally used to construct three-dimensional creations whereas Minsteck tiles are individually clamped onto a plastic base “canvas” to effect two-dimensional imagery. 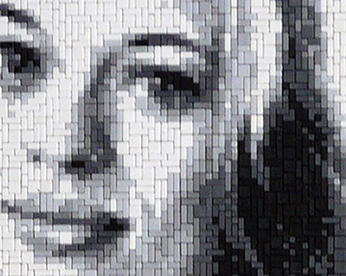 Uwe used more than 19,000 individual tiles to complete his re-creation of my portrait. It’s very possible that this process is even more painstakingly time-consuming than my own. Below is his beautiful finished piece. 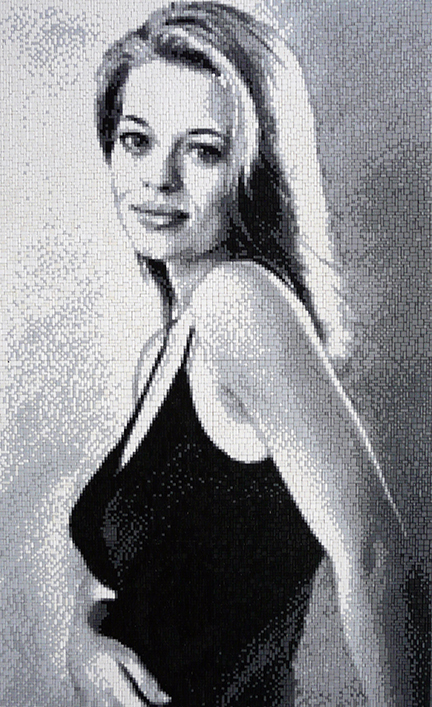