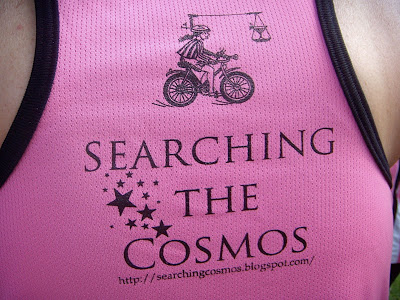 As Barbara M. put it, “If we were 18-year-olds in bikinis, we wouldn’t have had our picture taken more than we did in our pink shirts.”
Team Cosmo rode the Ride to Montauk yesterday — 30 miles (or so; Laura’s bike computer showed 33.77), four kinds of pie (apple, cherry, blueberry and for one lucky Cosmo girl who got the last slice of it, strawberry rhubarb), lemonade (purchased from the enterprising boys of Jeffrey Lane in East Hampton), one lost bus driver and more questions and comments about the Searching the Cosmos shirts than we can count.
Everyone wanted to know what it was all about, from a professorial-looking couple at the ride start in Babylon who asked if we were astronomers to the woman at the finish line who said she’d like to join our cycling club and when told by Barbara K., “We’re not a cycling club, we’re a drinking club,” said, “Even better.”
We’re not really a drinking club, of course. Though we certainly have our share of cocktails when we get together, the ties among us are stronger than one of Barbara’s cosmos. And if you’ve ever had one of Barbara’s cosmos, you know that’s saying something.
Let the 18-year-olds have their bikinis. I’d rather wear the pink jersey of Team Cosmo. Long may we ride.
Jersey designed by Barbara K.; Photos by Judy (top) and some nice stranger (bottom). 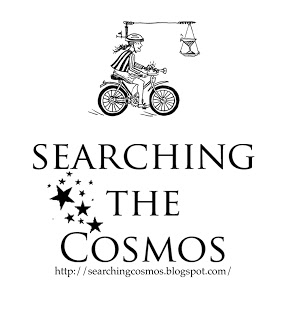