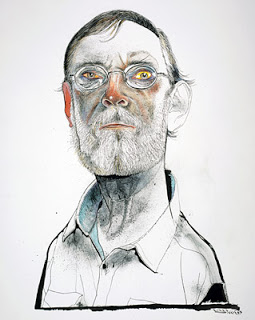 The illustration world lost another superstar this week. Jack Unruh, one of the most talented men with a pen to ever grace the publishing world, left us and we are all the worse for his departure. He was an icon and a hero to all of us who wield a brush, pen or pencil. Sometimes in life you get to meet your heroes and I had the pleasure to interact with Jack on numerous occasions. 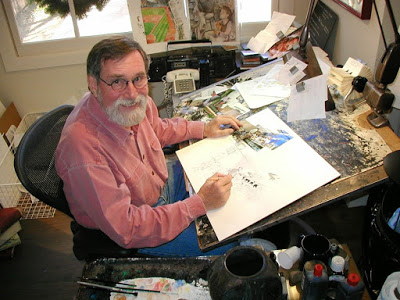 Rather than give a rundown of Jack’s artistic accomplishments, which others have done so well in the posts that have flooded social media in the two days since he left us, I will just mention how Jack touched my life and career as a person. It seems many of the same posts are focusing on Jack Unruh the man more than the art anyway. 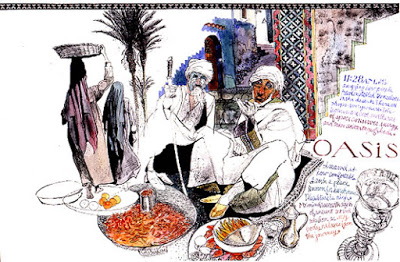 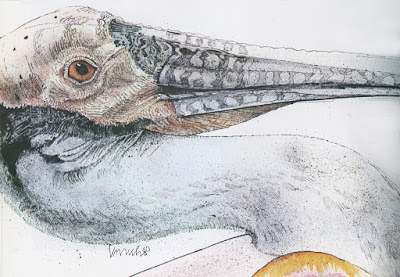 I first met Jack at a design conference in Park City, Utah in February of 1994. I almost didn’t attend because of the cost but friend and organizer Don Weller allowed me the student rate even though I had graduated two years prior. The other reason to attend was that I would get to hear from and meet some of my heroes including C.F Payne, Braldt Bralds and of course, Jack Unruh. I was mesmerized by Jacks presentation and was equally charmed when he took a moment to look at my student portfolio and give some encouragement. 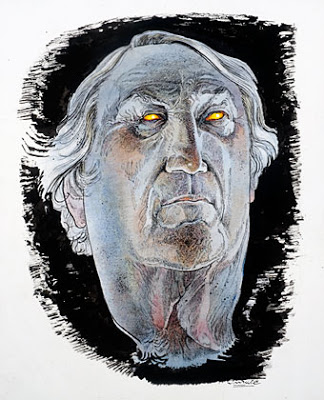 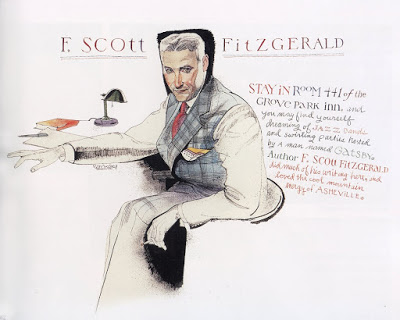 At the time, I was working full time at an educational software company creating clunky 16 bit illustrations and wishing I could figure out how to leave and begin my real illustration career. Little did I know that less than five months would pass before I would be laid off from that job and be thrown in with the sharks to sink or swim. In the back of my head I kept Jack’s encouragement tucked in a safe spot for when I needed a boost. A few years passed and I had the chance to attend the very first ICON illustration conference in Santa Fe, New Mexico. 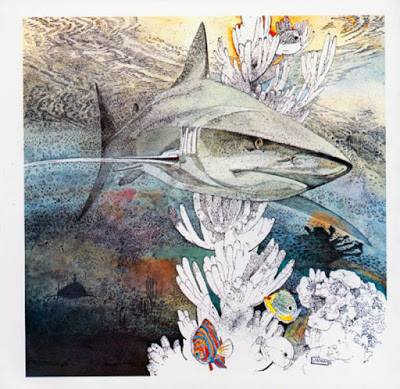 This was a watershed event for not only me, but for the entire industry. It was the first time in recent memory (or maybe ever to that point) that such a large group of illustrators were together in one place to discuss and celebrate the industry we all love. The very first evening, during the social hour, which by then had stretched past midnight, I found myself at the quieter edge of the lounge where I happened upon Chris Payne. I nervously reintroduced myself. He remembered me from the Park City conference and graciously agreed to look at my portfolio. My work had thankfully improved quite a bit from the previous years and we began to have a look. As we flipped the pages, I looked up and there was Gary Kelley who also joined in the perusal. 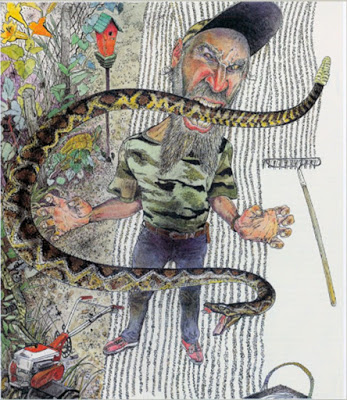 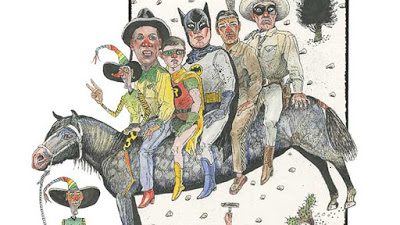 Each of them offered compliments and suggestions. I smiled and pinched myself. Two of my all time heroes were looking at my work! Just when I thought it could get no better, Chris looked up and saw Jack wandering the hall and called him over to join the critique. I could have died right there and been a happy man. Three of my favorite illustrators ever were looking at my work all at the same time! Better still, they had good things to say and offered much encouragement. I still remember Jack saying that he thought I was on a good track and that I just needed to keep working and I would make it. I ran into Jack again at the next ICON and he immediately remembered me. Jack had a wonderful way of remembering people and making you feel like a friend and that you mattered, even if years had passed since your last encounter.

The last time I got to be with Jack was in 2008 during a trip to Fort Worth, Texas. I was part of Murray Tinkelman’s  University of Hartford Illustration MFA program and we were enjoying a week of remote contact in the Lone Star State. Of course, Jack was a local and Murray had asked him to come in and show his work to our group. As always, Jack knocked it out of the park showing his fantastic pen and ink and watercolor masterpieces. He Juxtaposed the visuals with tales of deadlines, nightmare projects, dream art directors and fishing. There was always fishing. I think Jack would admit that if he didn’t love drawing so much, he would only do it to support his fishing habit.

One thing he said during the presentation that day that stuck with me was “If you aren’t having fun with your art, then why do it?” I think he loved making art almost as much as he loved fishing. After his presentation, I weaseled my way into the lunch group with Murray, Jack and a couple of others. Jack of course, remembered me and we enjoyed a nice hour of good food and tales of the industry (and fishing). Jack always made you feel like you were important. He asked what I was working on and continued to give encouragement, adding that I probably didn’t need it by now. Of course we can all use encouragement. I know I need it, even after twenty two years in the art business. 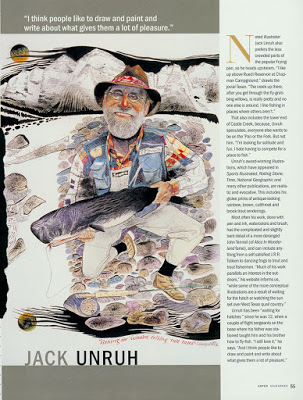 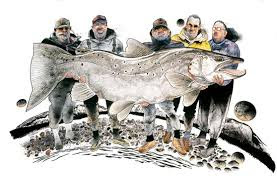 Jack Unruh was one in a million. He was prolific, diverse, unique, and a sense of humor that could biting at times.  He was a fantastic craftsman with a great sense of design a knack for brilliant use of negative space. We will not see anyone quite like Jack again, but I am grateful to have been a witness to his genius and to have rubbed shoulders at least a few times with this master of the pen. You will be missed Jack but take it easy on those trout in heaven. You’ve got eternity to wet that line.