Nicolas Delort is an award-winning illustrator currently living in the grey suburbs of Paris. Gathering inspiration from the daily and mundane as well as books and any kind of narrative medium, Nicolas tells stories, big and small, through evocative and intricate black and white compositions in his medium of choice – scratchboard.

A recent winner of the Gold Medal from the New York Society of Illustrators and a Gold Award from Spectrum, his work has been recognized by American Illustration, 3×3, Juxtapoz, Supersonic Electronic and This Is Colossal. Some of his clients include Blizzard Entertainment, Games Workshop/The Black Library, Quirk Books, Tor.com and Solaris Books.

While he continues to work as a freelance illustrator, Nicolas has also started taking on a few projects as an Art Director with Black Dragon Press – an online gallery selling high-quality, limited edition prints.

We caught up with Nicolas to find out more about his background, career, and to take a closer look at a few of his recent projects. 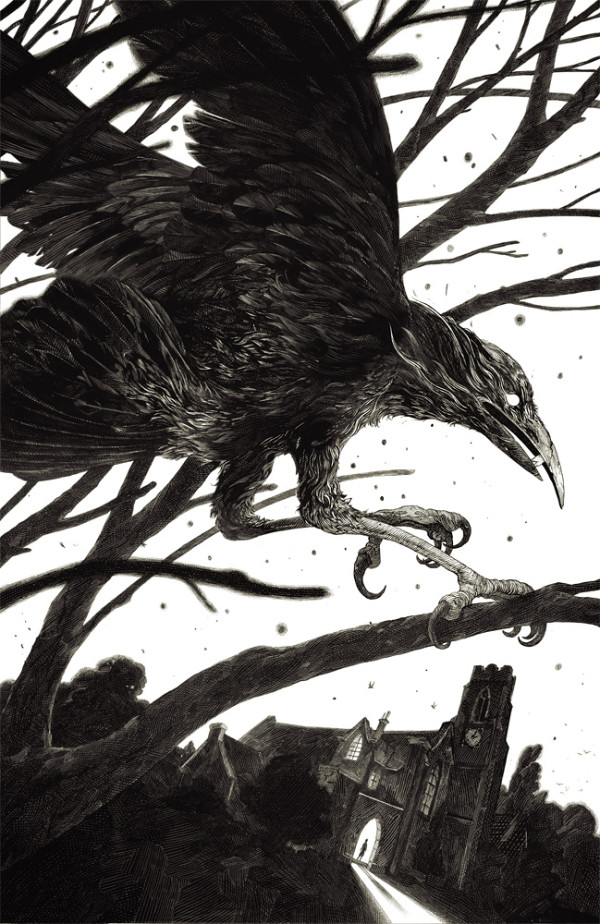 Who are your artistic influences?

It’s hard to pick names because my influences are always changing. Stuff I liked two months ago now I don’t find particularly interesting. When I started doing this scratchboard stuff, Franklin Booth was an obvious influence and a lot of my early pieces are very derivative. However, I feel like I’ve outgrown that derivative phase and “absorbed” that influence. Now it isn’t as directly present and obvious as it once was. I’m always looking for new artists to inspire me so one week I’ll be really into Arnold Böcklin, the next I’ll be all about Akira Toriyama.

What have been some of the most challenging times of your career? What did you learn from those experiences?

A couple of years ago I had a month during which I had to complete a very large number of illustrations for a pretty important client. I thought I would never make it… but I asked the AD for some help and it all turned out fine. I learned that you shouldn’t be afraid to ask the AD for some pointers. More often than not, they’ll be happy to help out. I also learned to work more efficiently and not doubt myself too much. 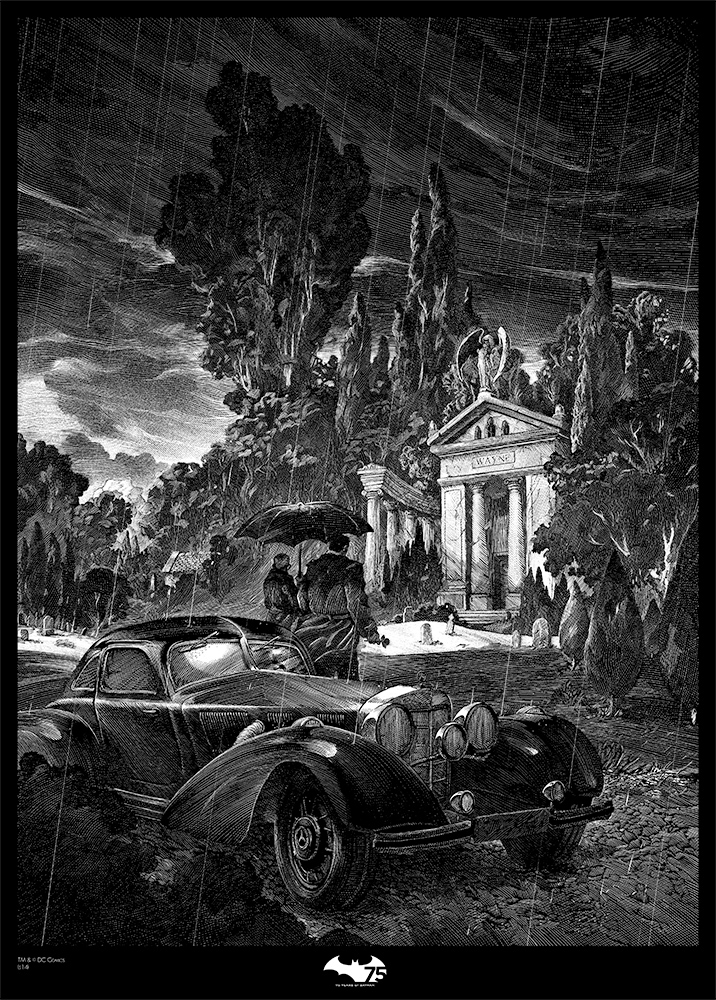 On your Tumblr, you mention that you want to ‘step out of your comfort zone’
a little more. Have you been doing anything in particular to push yourself?

Actually, yes. Lately, I’ve been forcing myself to draw bigger, allowing me to work in more detail. It takes disproportionately more time, but I think the end result is worth it.

People are going to say I’m a broken record, but illustrating the entire Harry Potter series would be amazing. 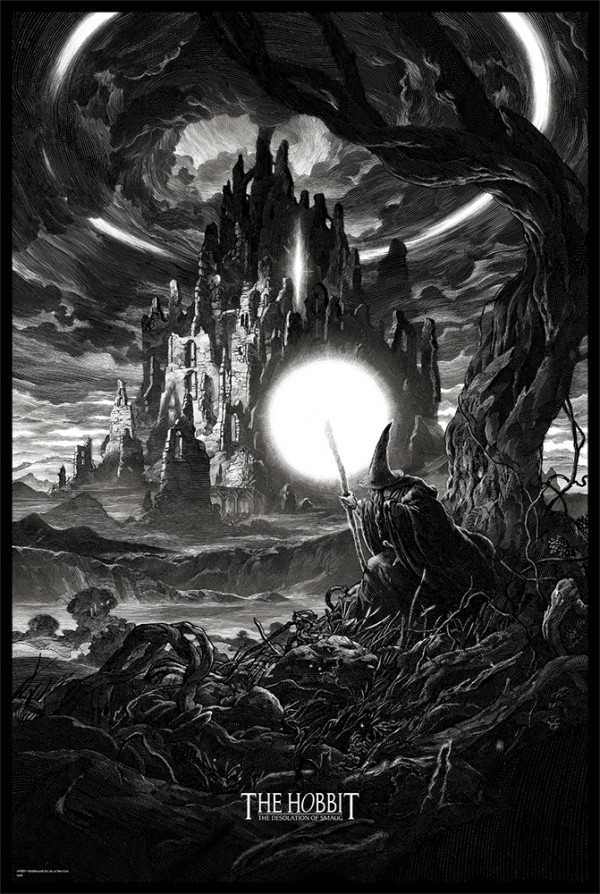 The Hobbit: The Desolation of Smaug | Mondo
Artwork for a limited edition print

Last year you created a limited edition movie poster for The Hobbit: The Desolation of Smaug. How did you land this job?

I’d already done a poster for Mondo earlier and they offered me this one. As this was well in line with my style and I liked the first Hobbit movie, I accepted. I hadn’t actually seen this movie at that point, but I was sure there’d be plenty of imagery to pick from.

How long did it take you to complete?

I did a first version that I didn’t think was satisfactory, so I was a little short on the deadline for this second one. But, I worked overtime and I think I managed to complete it in under a couple of weeks, which is pretty fast compared to my usual standards! 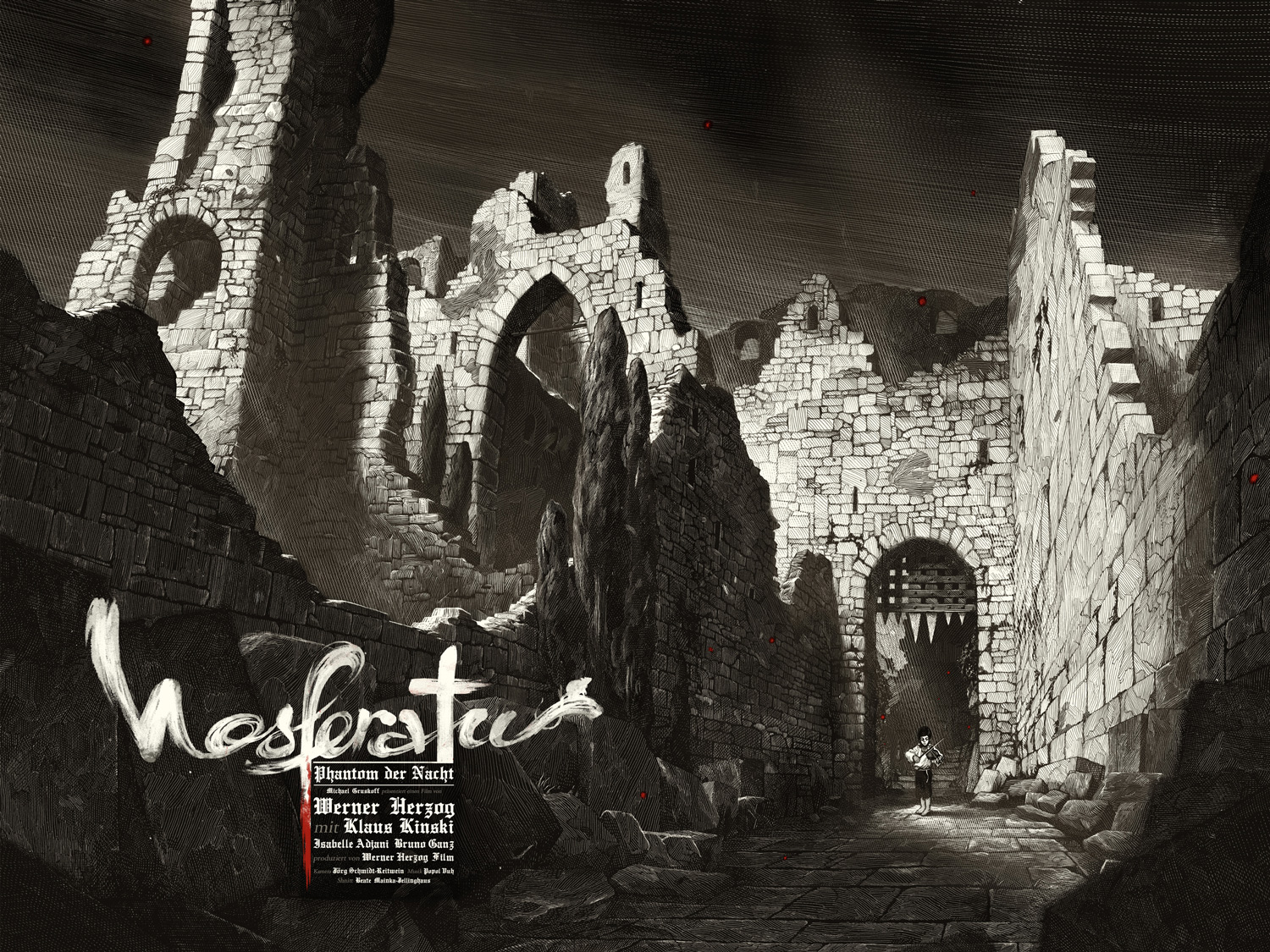 You’re currently doing art direction for projects with Black Dragon Press. Can you tell us a little bit more about the publisher and how you connected with them?

James of Black Dragon Press approached me last year to have me work on a print for Werner Herzog’s Nosferatu. I have done a few prints for them since and it has been a real pleasure working with them. As Black Dragon Press started to gain some notoriety and started to grow, James offered to have me art direct a couple of projects. It’s something I’ve always wanted to do and it allows me to take a bit of “time off” from illustration itself.

What have been some of the most difficult aspects of your new role?

The art director acts as sort of a middle-person between the company and the artist and has to deal with the limitations of both. You want to offer illustrators the best deal possible but sometimes it’s just not possible. On the other hand, you have to deal with the occasional unpredictability of freelancers – you have to be quick on your feet if something goes awry. Also, giving feedback to artists who are peers, or more experienced than I, is always a challenge. 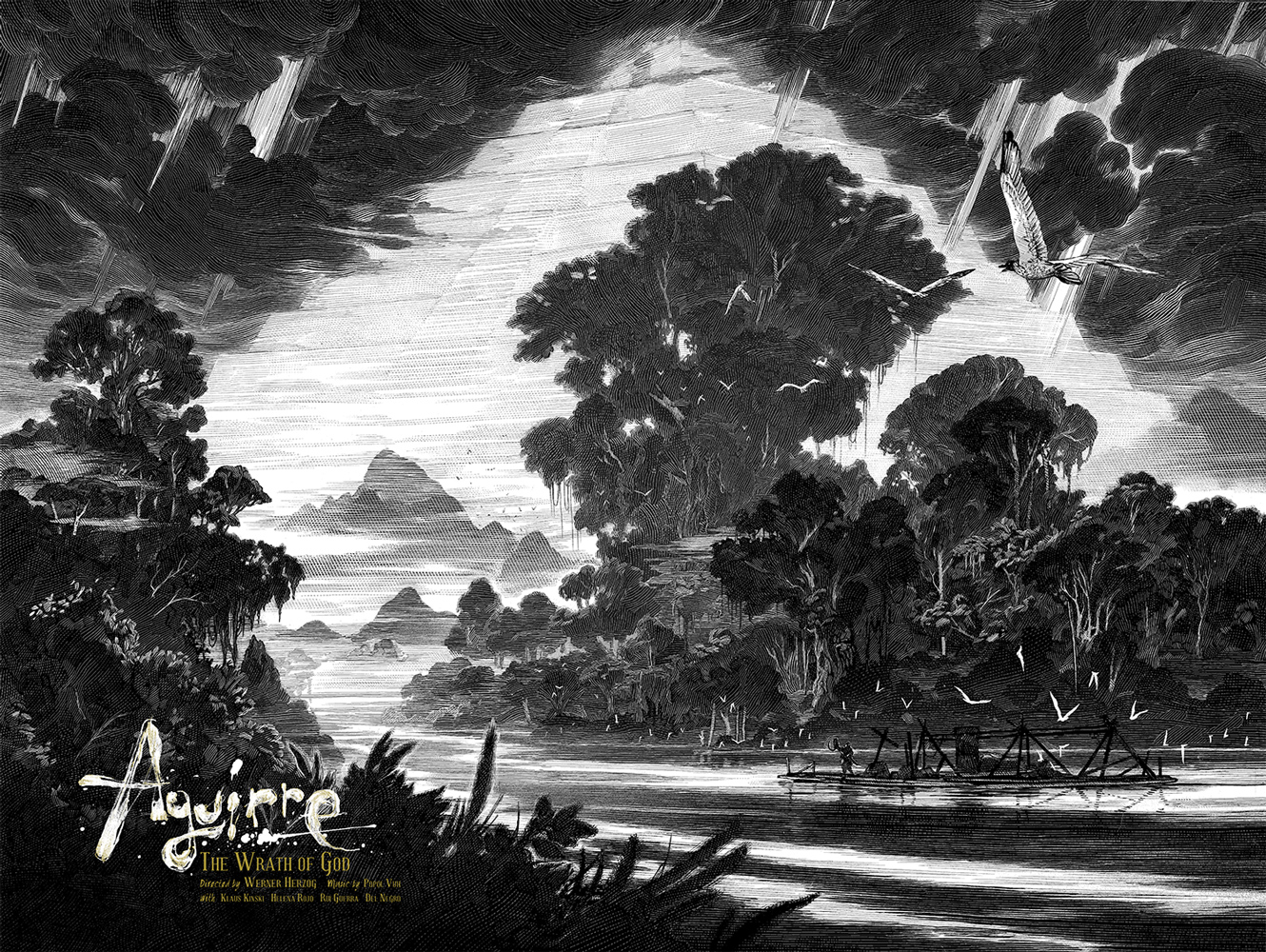 Are there any upcoming projects you’re really excited about?

The next two Tarkosvky posters are in the works and they promise to be amazing. I’m also putting together an ongoing series of art prints, with broad themes and emphasis on a variety of styles and illustrators. The first release in this series should be happening pretty soon. The two prints we have lined up are beautiful!

What’s your advice for illustrators who are just starting out?

Don’t underestimate the power of social media. Try to forge a connection with your audience. Post work in progress and interact with the people who interact with you.

For a deeper look into his complete body of work, please visit his Directory of Illustration portfolio, website, and blog.