We’ve had an incredible year here at the Directory of Illustration, and what better way to round out 2018 than with our December installment of the Featured Five? We’re so excited to share illustrations from these five amazing artists—make sure to view each artist’s portfolio for additional work!

Looking to join the Directory of Illustration? Our Early-Action Deadline is December 14th! Join now and get the exposure you need for the jobs you want.

Sylvie Daigneault’s elegant style is inspired by her passion for dancing (she was a principal dancer of Le Groupe de la Nouvelle Aire in Canada!). She works exclusively in colored pencil and her clients include the  Royal Canadian Mint, The National Ballet of Canada, and the MTA in NYC. 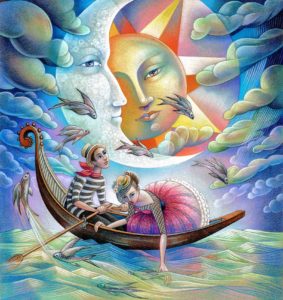 Matthew Cooper’s work utilizes a range of techniques and media, from painting and drawing to photography to digitally produced work. He also works within the independent music sector, creating sleeve designs and promo materials for bands such as the Arctic Monkeys, shown below. 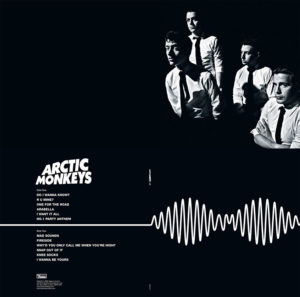 Kellan Stover is an illustrator and animator living in Austin, Texas. He works both digitally and in gouache and is greatly influenced by the 1950s. Kellan is also the Creative Director at Powerhouse Animation Studios, where he has worked since 2011. 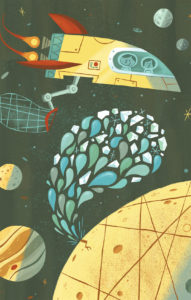 With over 30 years of experience, David Anson Russo has experienced great success in creating fine art, commercial art, television, publishing and more. David currently resides in Los Angeles, California and lives by the motto: “If I don’t blow you away when you see the work, I have not done my job.” 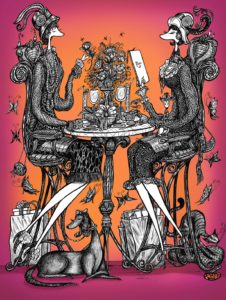 Mike Ellis is a successful illustrator from Toronto who explores a range of conceptual topics with his unique style. His clients include the New York Times, Buzzfeed News, Fast Company, Facebook, PayPal and more. 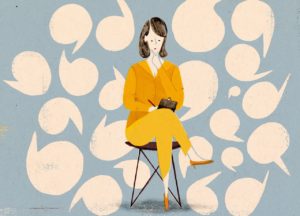