The Spirit of Vengeance and Hirsute I & II, sketches 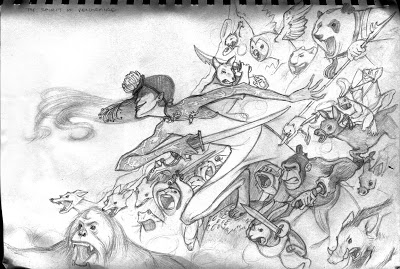 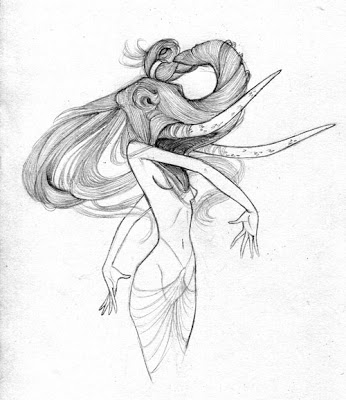 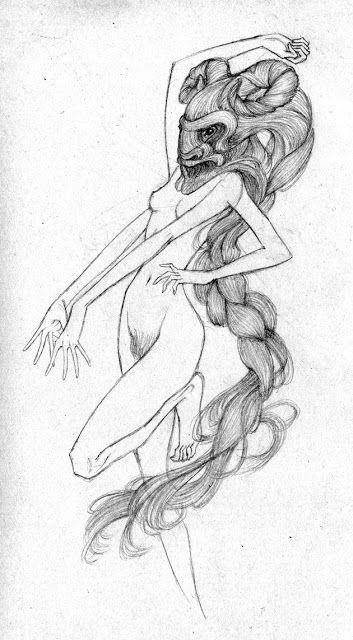 A seed that had been planted earlier in the year finally came to fruition and I moved on down to LA a few weeks ago.  It’s probably the newness of the thing, but I’m pretty well inspired here so far, so I’ve been taking a few hours here and there to sketch at various coffee shops.  I tend to come up with better ideas when out of the house.  Maybe it’s the lack of distraction (apart from when making side eyes at minor celebrities), and the inability to escape what I’m working on; it forces me to commit to putting something I’m happy with on a page instead of getting exasperated and throwing my sketchbook to the side the first time I draw an errant line.
ANYWAYS, my first week here, a friend took me to the Klimt exhibit at the Getty, which may be where the symbolism of the top piece comes from, to say nothing of the dramatic naked ladies.
By Lisa K. Weber|April 10th, 2013|Syndicated Content|