Digital illustrator Todd Kale was recently asked by McCann London to create a series of illustrations for an ad campaign to raise awareness of the Independent Press Standards Organization (IPSO), which regulates the magazine and newspaper industry in the UK.

The initial mockups were graphic and edgy in style, reminiscent of the work of legendary illustrator Ralph Steadman. Steadman and Gerald Scarfe—specifically, their use edgy satire and expressive linework—have strongly influenced Todd’s work ever since high school. Combined with his love for dogs, Todd was truly excited to embark on this project.

With inspiration from Steadman, Todd sketched several different versions of the bulldogs. Here’s Todd’s comment on creating the final artwork:

“The series called for high energy characters and that type of work is easy to hit in a sketch, but sometimes hard to carry through to the final piece.

That’s a big reason why I made the switch to digital illustration years ago. In my traditional media work, the energy often got diluted as I worked from pencil to final line art to final art. With Photoshop, I can have more control (and more room for error). If I nail an expression on the first sketch, I can keep that layer in the final image. If I need a perfectly random ink splatter, I can make a range of splatters with ink and paper and scan them in. Illustrator and Photoshop brush designer Kyle Webster has an amazing set of ink brushes for Photoshop CC and those are an invaluable tool for replicating traditional media.”

Check out Todd’s “guard dog” illustrations below, and be sure to visit his portfolio and website for additional work. 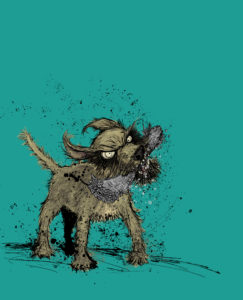 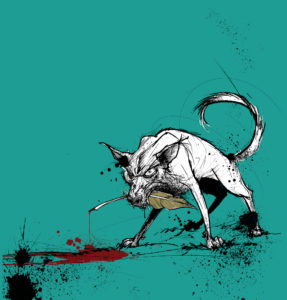 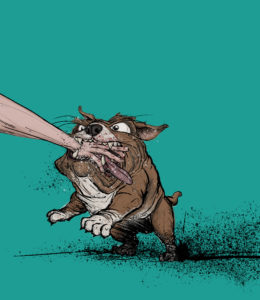 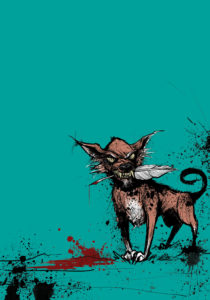 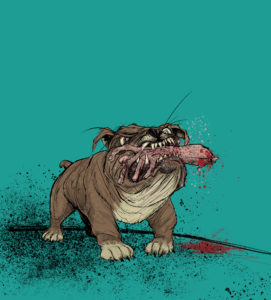