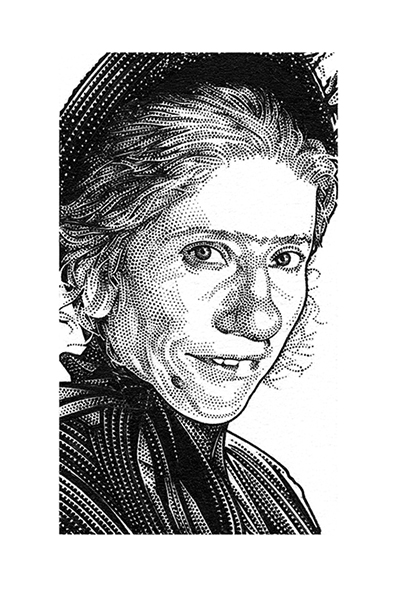 I am just crazy about Emma Thompson…one of my very favorite actors! I remember first seeing her in some British sketch comedies (I suppose on BBC) with Stephen Fry and Hugh Laurie back in the ’80s. Even then, I was amazed by her talent. I am looking forward to her new film, opening tomorrow, called The Children Act.

Back in 2006 I created a Wall Street Journal hedcut of her to accompany Joe Morgenstern’s review of her film, Nanny McPhee, which she both wrote and starred in. And – in case you’re not familiar with her character from this particular movie – that is indeed a prosthetic nose and tooth and mole and uni-brow, which made this an especially fun portrait to spend time with.