The Cheeky Illustrations of Josh McKenna

Josh McKenna’s work may be minimally designed, but don’t be fooled—the voluptuous figures he creates are anything but minimal. Represented by Debut Art, Josh is a London-based illustrator who uses curved shapes and a strong color palette to bring his stylized world bursting to life. Josh isn’t afraid to push the boundaries when it comes to his art—he’s covered a variety of sensitive topics with his work, including transgender identity, same-sex marriage, and gender fluidity. With clients such as Instagram, Google, Instagram, Converse, Wall Street Journal and more, Josh has done everything from editorial and advertising work to designing emojis for apps. 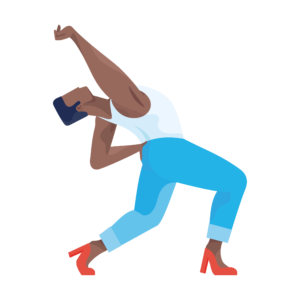 In 2017, Josh was commissioned to create a sticker set for Google celebrating Pride Month in June. As summer grew closer, Instagram also reached out to Josh and asked him to create a single Pride-themed sticker for Instagram Stories to be used all throughout Pride Month. After creating a couple different designs in his unique, asymmetrical style, he settled on the Vogue dancer (right).

Following the launch of his sticker, Josh was invited to paint a mural at Facebook HQ in London, and to create special wall designs for London’s Pride Parade. These Pride walls featured Josh’s Vogue dancer figure, and encouraged people to share pictures of themselves posing in front of the walls using the hashtag #kindcomments. Learn more about the project here.

There was such a positive, widespread response to Josh’s Pride sticker that Instagram eventually made it a permanent fixture within the app. So the next time you spot this sassy character sashaying across your Instagram Stories, you can thank Josh for seeing such a memorable character into fruition!

We interviewed Josh to learn more about his cheeky illustrations, his opinion on using art to address issues within the LGBTQ+ community, and his upcoming Mardi Gras-themed project.

Read our interview with Josh and check out more of his artwork below! To explore additional work by Josh McKenna, view his portfolio and visit his website at joshmckenna.co.uk.

Directory of Illustration: Where do you draw inspiration for your work?

Josh McKenna: I take my inspiration from lighter, brighter ways of life and always try to feed real characters into my work, people I see out on the streets or characters I have met are often featured.  Having my peers around me and keeping up with current illustrators and artists, seeing what everybody is working on can be a real inspiration. I also use a strong colour palette, which is usually limited to a few colours which I take from vintage posters and packaging as well as the sunny climbs of LA and Miami.

DI: Your work has been described as “risqué” and “seductive.” What’s your opinion on using art as a way of testing social boundaries?

JM: I think it’s important to use creative work as a voice for current social issues and I try to use my skills as an artist, using my voice to represent all kinds of people and to address certain issues faced within the LGBTQ+ community. I’ve had to face a few obstacles when working with larger clients when it comes to ideas surrounding diversity and a lot of content gets classed as too sexual, so it can be a challenge of keeping my integrity while pleasing the client with my artwork.

DI: What was it like watching your Vogue dancer sticker, originally developed for Instagram to celebrate Pride Month, explode in popularity and eventually become a permanent fixture within the Instagram app?

JM: It has been an amazing experience to see the journey of the sticker, from creation to where it is now.  It has become so much more than just a sticker for Instagram stories and has opened up so many avenues for me to create exciting work, and allowing access to important projects but also really great to see the sticker being used by celebrities, public figures and drag queens!

DI: Are there any exciting new projects that you are working on or have recently completed?

JM: A super exciting project is underway at the moment for Instagram/Facebook and Sydney’s Gay & Lesbian Mardi Gras, happening in March, which involves creating the vogue sticker into a four metre high float for the main parade. I’m being flown out there to be a part of the float itself.  It’s an incredible opportunity and shows the large scope that the sticker has. 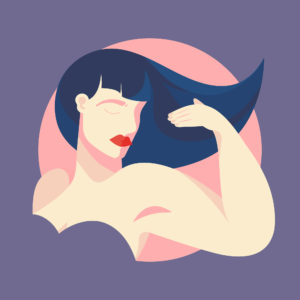 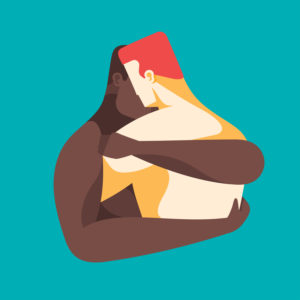 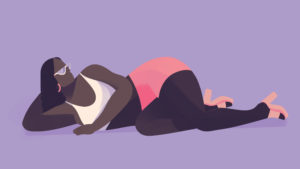 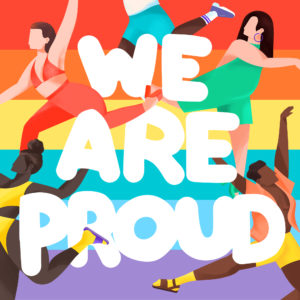 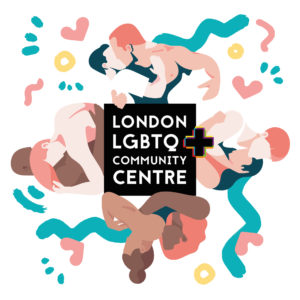