The AOI Illustration Awards exhibition have been hosted annually since 2012 by Somerset House, a major arts and cultural center in the heart of London, whose year-round program of large scale contemporary exhibitions and events attracts over 2 million visitors.

This year the World Illustration Awards 2015 will follow this tradition and once again be on display in the spectacular Terrace Rooms. Winners will be exhibited at Somerset House in London from October 5th– November 1st 2015.

The World Illustration Awards Exhibition presents highlights from this year’s shortlist of contemporary illustration, entered by emerging and established talent from around the globe to the annual competition.

The Shortlist includes illustration from across the world, recognizing the exceptional work produced by illustrators internationally and promoting illustration as an essential contributor to global visual culture. The exhibition will thus feature a unique range of work from the UK to USA, and South Korea to France, covering a wide breadth of practice, including books, design and editorial, to reflect the diverse disciplines within the industry.

The World Illustration Awards is the only independent jury-selected illustration competition and this year’s winning work was chosen by a panel of 24 esteemed judges from all aspects of the industry including commissioners, publishers and artists from all corners of the world.

16 Category Winners have been chosen, from which two overall award winners will be announced at the private view night on the 5 October in the classification of Professional illustration, which is open to all practicing professionals, and New Talent, which is open to students and recent graduates.

We are planning special educational events and talks in conjunction with Somerset House during the exhibition, so please check back here for more information or follow news about the Awards on Twitter #WIA2015.

TOUR
Following its display at Somerset House the exhibition tours to multiple venues across the UK.
In 2015 the exhibition will be hosted by six UK  venues (all dates to be confirmed):

This national tour receives approximately 40,000 visitors during its run. 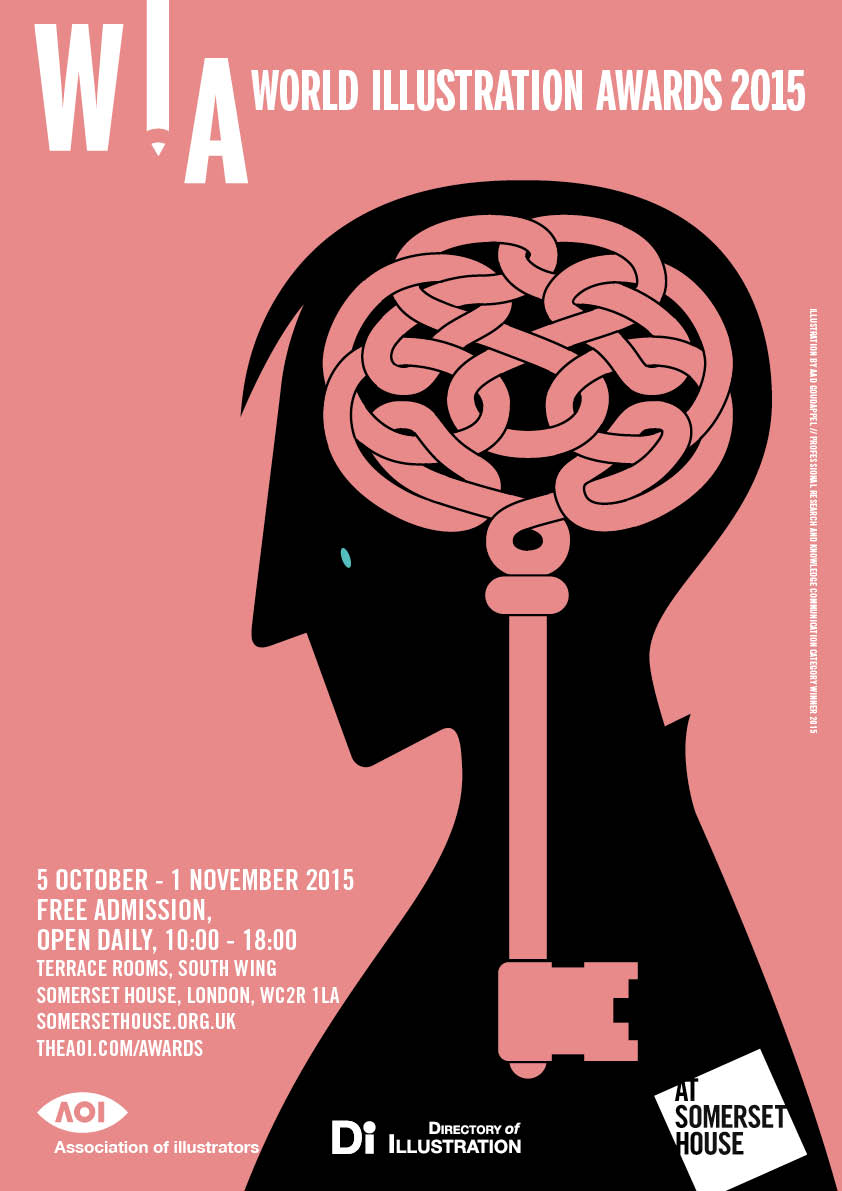