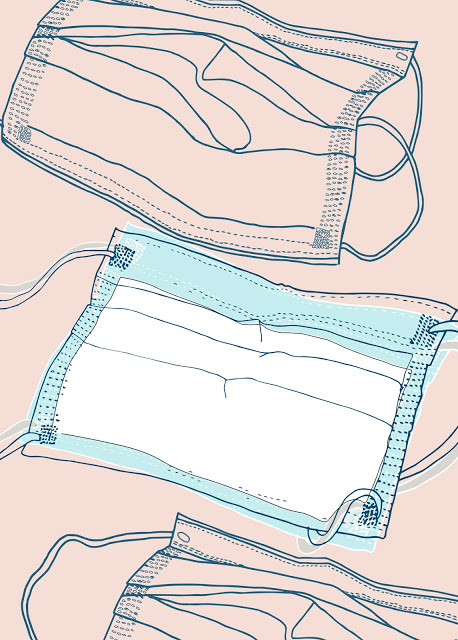 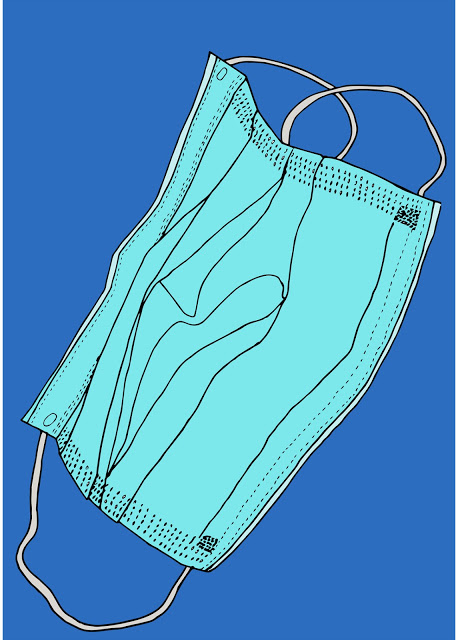 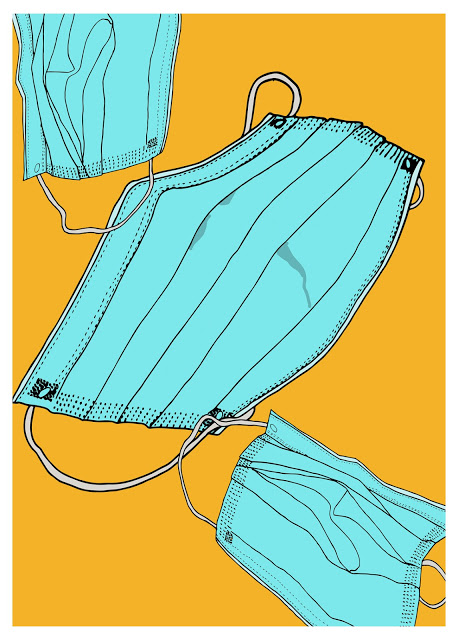 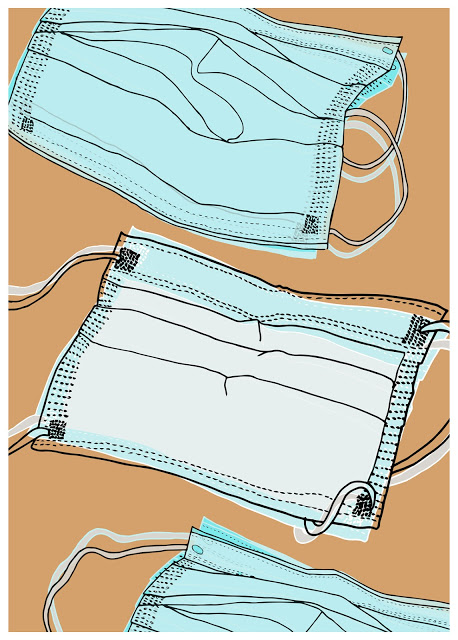 A couple of months ago, these were everywhere. You could see them as a regular staple in the 7-11 along with hand gels. They were often positioned so low down on the shelves that you had to actively be searching for a face mask and ask the person behind the counter to help you. Now, it’s all gone. Like the toilet roll. Actually there are sudden reappearances of that now and again, but maybe since the hold up there will be a bit more security around it, like when you see an ATM being refilled with cash. With these products in a sudden demand it only seemed fitting to take a closer look at these precious items and make some nice images from it. The process was familiar enough, a series of observational drawings in pencil before outlining main aspect of the object. Then, converting the image to a digital vector image in illustrator, before using the live paint tool to add colour.
Adding the images together onto one document allowed the possibility to use layers and create a composition that took influence from Michael Craig Martin. It wasn’t until I started to move images around that a few things happened which caused, at first , unwanted double images.Looking at this, I could see aspects of Warhol’s screen prints and began to play with this a bit more, until I finally ended up with the works above.
By admintamra|April 8th, 2020|Syndicated Content|