Here are our five picks for February 2015. Enjoy! 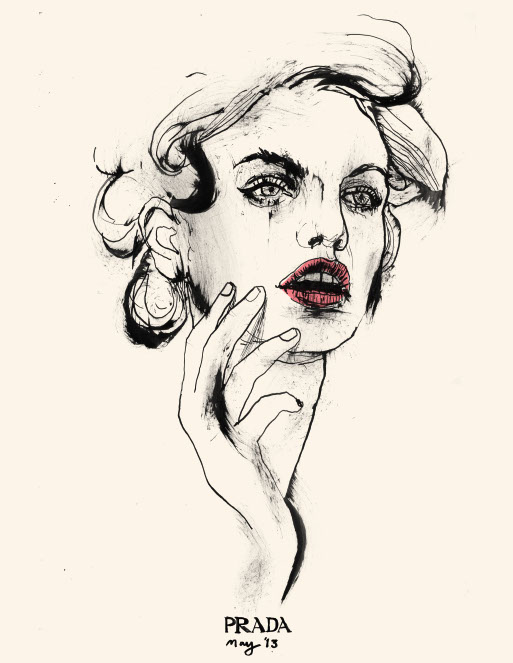 Patrick Morgan from The Royal College of Art has been working in the design industry for 15 years recently working on Justin Timberlake’s world tour with Tom Ford and The English National Ballet The Fire Bird. Patrick regularly creates artworks for the New Yorker and the Financial Times illustrating for Dior, Yves Saint Laurent and Prada. He recently was personally commissioned to create a drawing for Creative director of Vogue US Grace Coddington. Patrick has also just finished designing Cameron Diaz’s award winning The Body book. He lectures on the Masters Womens Wear course at the Italian Istituto Marangoni in London. 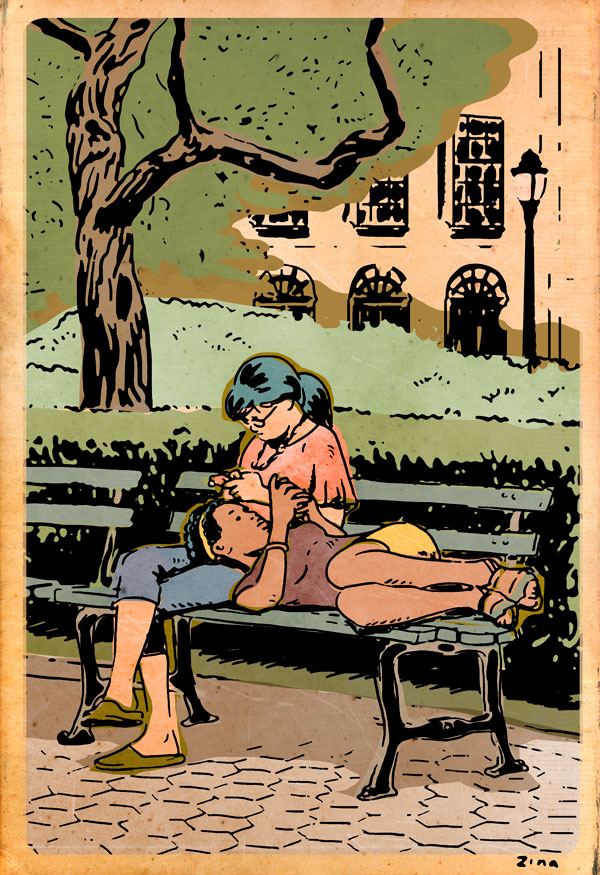 Zina Saunders lives and works in New York City. Her illustrations have appeared on Broadway theater posters for Blithe Spirit and IF/THEN, as well as on the pages of The Wall Street Journal , The Progressive. New York Observer, Christian Science Monitor, Discover Magazine, Chronicle Books, and many more. Her animations appeared weekly for Mother Jones, The Real News, The FInal Edition and Abrams Books. 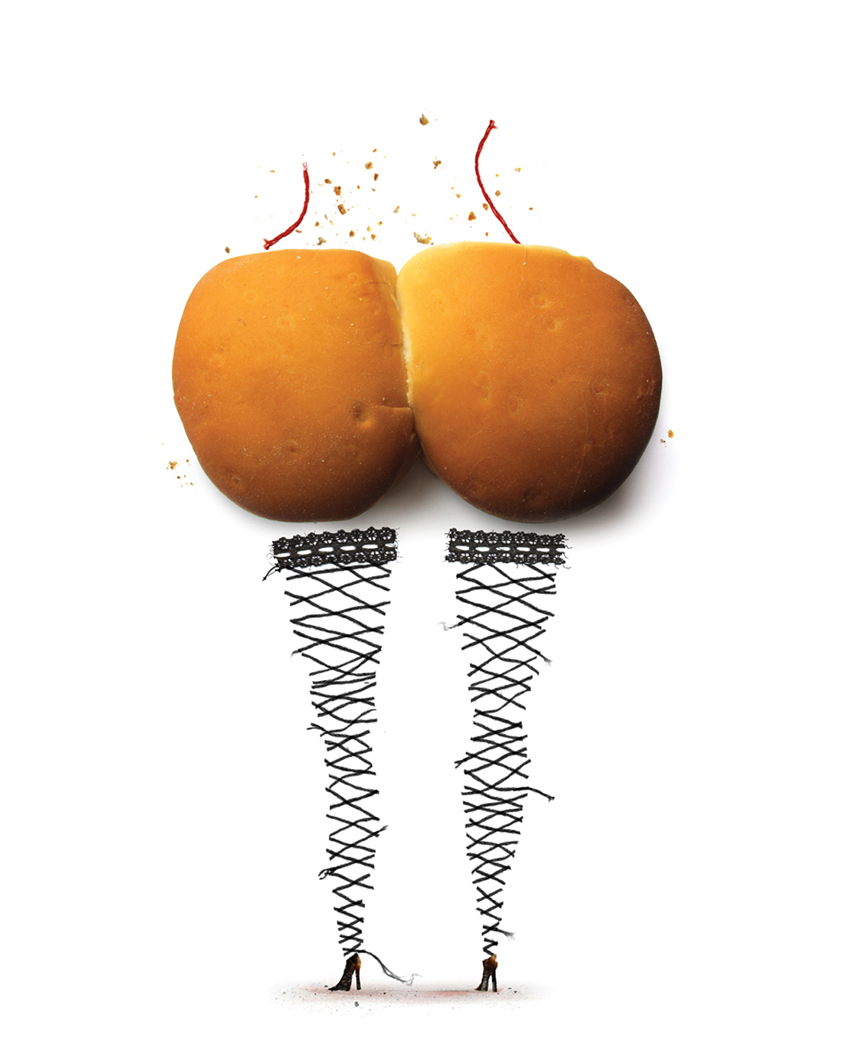 Pablo Bernasconi was born in Buenos Aires in August, 1973. He graduated from the Universidad de Buenos Aires as a graphic designer, where he later taught design for over 6 years. He started as an illustrator in Clarín Newspaper in 1998 where he also worked as a designer, making covers for over 200 editions. His work has also been published in these newspapers: La Voz de Galicia (Spain), La Nación de Costa Rica, The Wall Street Journal, the New York Times and The Times (England). Some of his clients in Argentina include: Rolling Stone Magazine, Nueva, Latido, Insider, PC Users, Comtools, Editorial Planeta, Estrada, Editorial SM, Longseller, Sudamericana, Correo Argentino, Grupo Quadro, Secretar’a de Turismo, Gobierno de la Ciudad, Abuelas de Plaza de Mayo. His works today commonly appear in Germany, USA, England, Australia, and Spain. 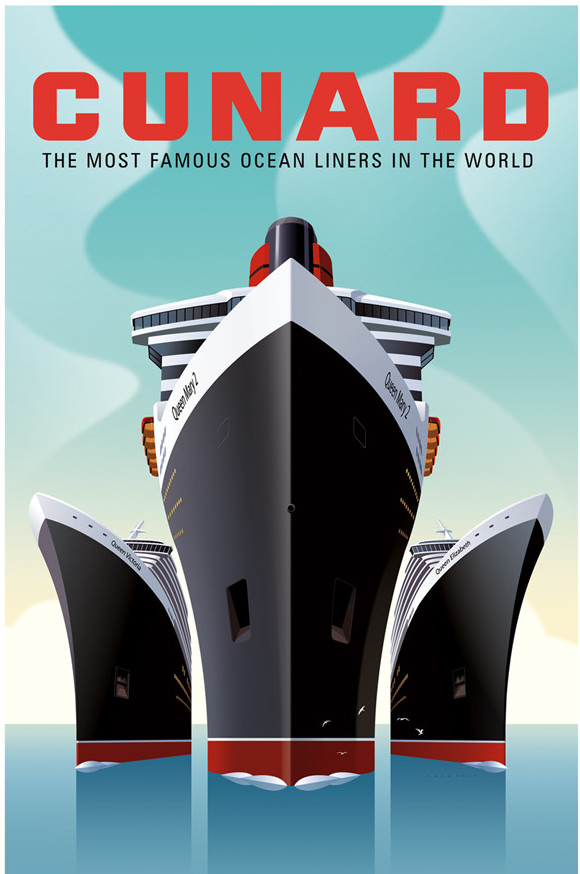 Specializing in illustration and design his artwork has appeared in numerous ads, posters, packages, annual reports and on the Internet. Dan enjoys doing illustrations that incorporate type and can also be called on to design and illustrate corporate logotypes and icons. A winner of numerous major awards including a Gold Medal from the Society of Illustrators, Dan’s work has appeared in Communication Arts, Graphis Posters and Design Annuals, 3 x 3 Annual, as well as the Society of Illustrators Annual. A native of Cincinnati, Ohio Dan graduated from the University of Cincinnati with a major in graphic design. After a brief stint with the National Park Service in Denver and as a designer with Cato Johnson in Cincinnati, he moved to Chicago to begin a freelance career. Dan and his wife now live in Clarendon Hills, Illinois. The Fine Arts Building was originally built for the Studebaker Company and has been an artist haven since 1898. It’s home to painters, dancers, musicians, instrument makers and more. Located on South Michigan Avenue, it’s just blocks away from the Chicago Art Institute, Grant Park and the Lakefront.

Christoph Hitz was born and raised in Zürich, Switzerland where he enrolled in the Kunst Gewerbe Schule at the tender age of 16. Some years later he graduated with a graphic design degree at the top of his class. He then worked for a small ad Agency, designing billboards and creating sort tv commercials. Somewhere in the mid 80’s he moved to the United States. The Village voice, RCA Records, The Washington Post and 7ßDays where among my first clients. In 2000 he moved with wife Deborah and son Emmett to the Catskills in upstate New York where he continues to illustrate for clients like The Boston Globe, The New York Times, Forbes, Mother Jones Magazine, Chicago Magazine, Minnesota Monthly, Mac World, Time, Fortune, Traveler and many many more.

Like what you see? Explore more techniques, styles, and subjects.