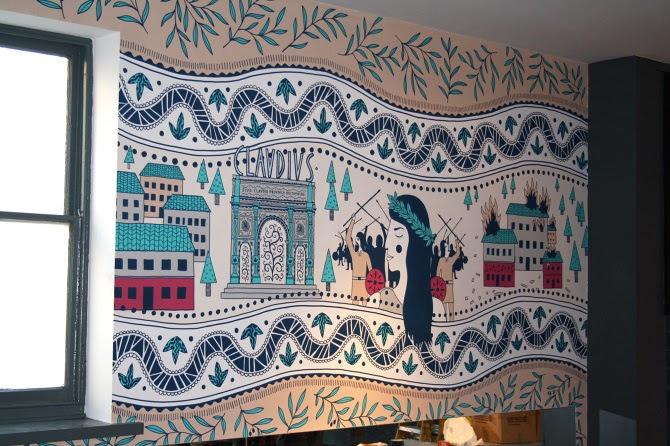 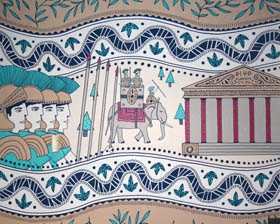 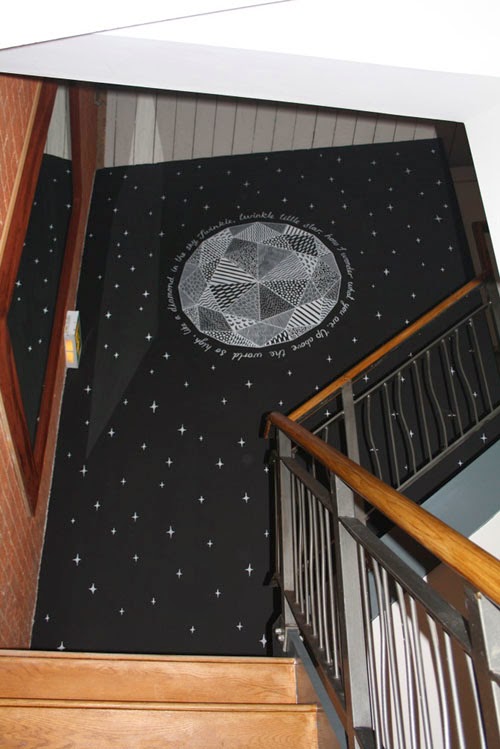 Zizzi Ristorante commission James Grover to create two murals for a refurbishment of their Colchester restaurant.
The first of the murals was inspired by Roman pottery and mosaics, James immersed himself in the history of Colchester (or Camulodunum as it was known in Roman times) to make this gorgeous decorative piece. The second appears on the stairway at the restaurant, a star in the night sky with “Twinkle, Twinkle, Little Star” written around the edge of a diamond – originally written as “The Star” by English poet and former Colchester resident, Jane Taylor. Both works of art were painted using acrylic paint pens and emulsion, and surely transform the interior from restaurant to gallery!

About the Author: Illustration Ltd.