The Association of Illustrators, in partnership with Directory of Illustration, is delighted to announce the category winners for the World Illustration Awards 2015.

This year’s winning entries were selected by a panel of esteemed international judges from all aspects of the industry including commissioners, publishers and artists, such as Head of Print at Adam and Eve DDB, Daniel Moorey, and Chris Paul,Creative Director at Candlewick Press in the USA.

Category winners include: French artist Malika Favre for her film-noir inspired posters for the 2015 BAFTAs; German reportage illustrator Olivier Kugler’s poignant portraits of Syrian refugees; Dutch artist Pieter van Eenoge for his simple yet affecting work When We Pollute the Ocean We Pollute Ourselves for the Surfrider Foundation and Aad Goudappel for his specially commissioned editorial illustrations on autism; South Africa’s Studio Muti collective for their tribute to French novelist Jules Verne and Portuguese artist João Fazenda for his illustrations of nonfantastical Japanese folktales.

The Awards themselves aim to recognize the exceptional work produced by illustrators around the world and promote illustration as an essential contributor to global visual culture, selecting highlights for display at Somerset House. The exhibition includes the 16 category winners whose work has been selected from over 2,000 entries and honored for its creativity and craftsmanship.

All category winners and work by a range of international artists will feature in the exhibition at London’s cultural hub, Somerset House, from 6 October to 1 November 2015, taking the form of over 50 framed artworks, video animations and an iPad game application, which will tour across the UK from November 2015. The winners fall into two sections, Professional, open to all practicing professionals, and New Talent, open to students and recent graduates. The two overall winners of the Professional and New Talent categories will be announced at the opening night of the exhibition on Monday 5 October. The World Illustration Awards continues the AOI’s long tradition in running significant illustration awards and is now approaching its 40th year. 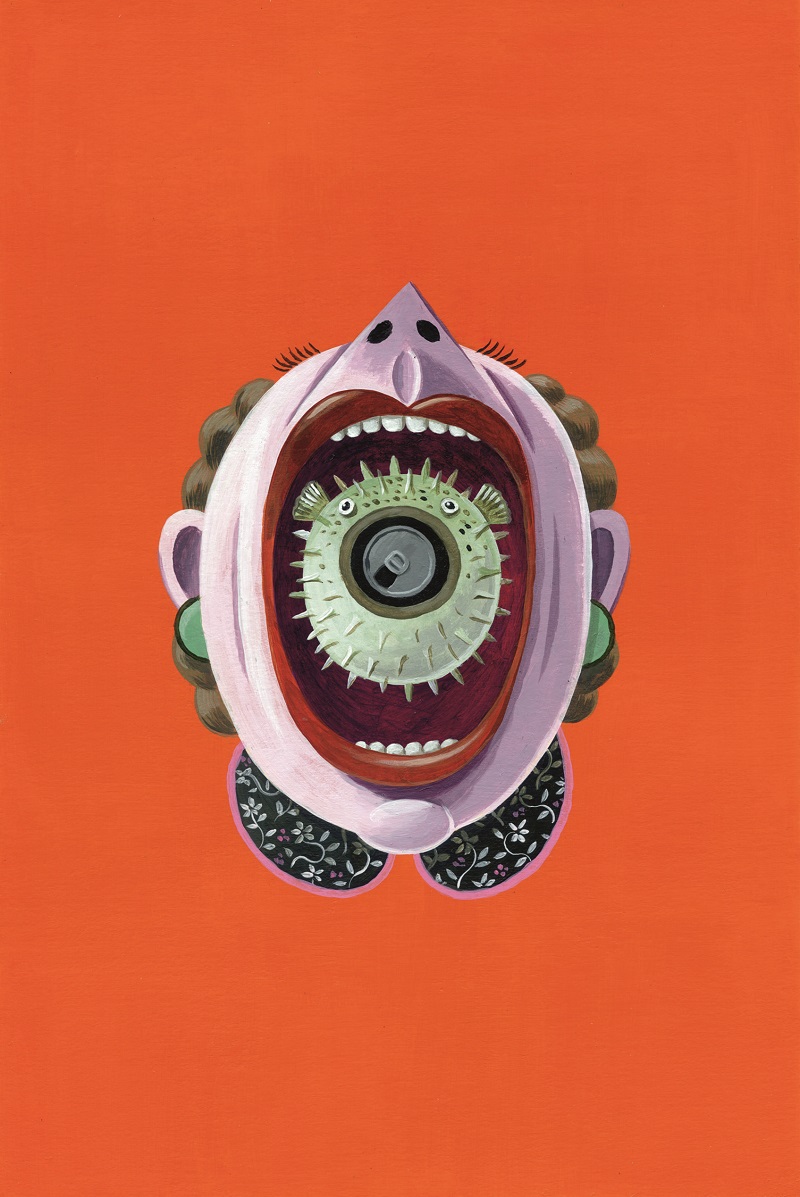 ADVERTISING PROFESSIONAL CATEGORY WINNER:
Pieter Van Eenoge – When we Pollute the Ocean we Pollute Ourselves
Belgian illustrator Pieter van Eenoge’s work was commissioned by Young & Rubicam Amsterdam for Surfrider Foundation to be used in adverts and on billboards for a campaign against ocean pollution. He created three versions that vary greatly in colorscape, from vibrant orange to muted grey, which were all very well received in the illustration world. 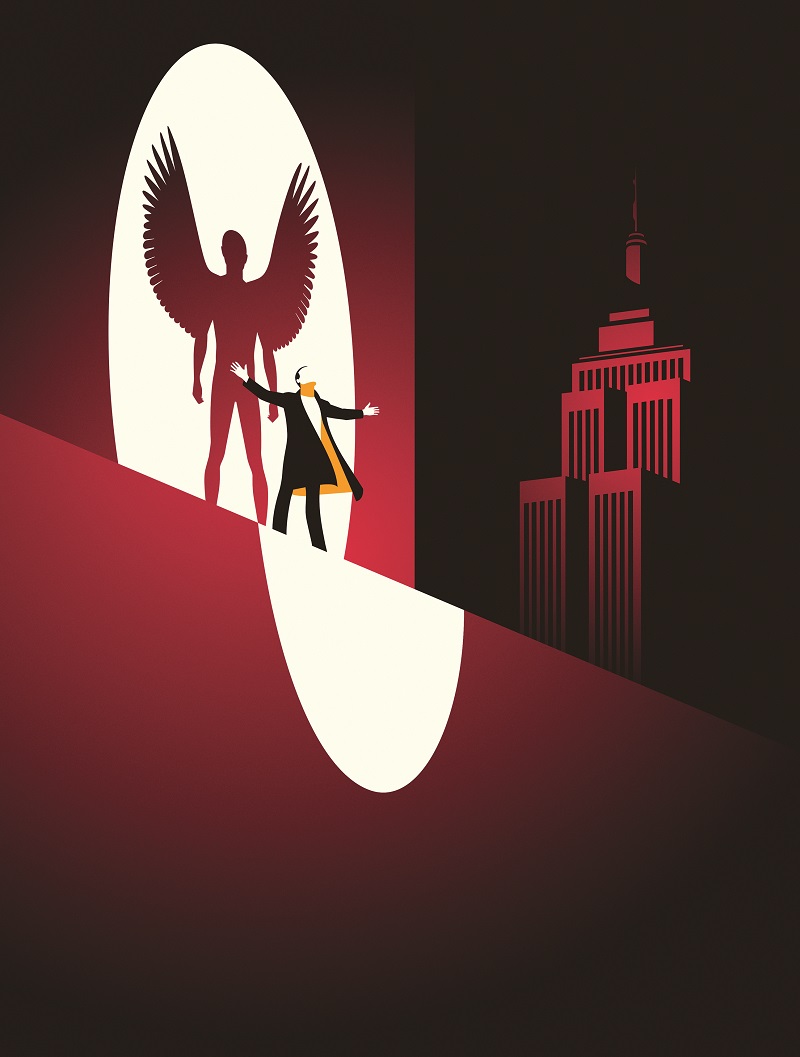 DESIGN PROFESSIONAL CATEGORY WINNER:
Malika Favre – BAFTA Film Awards Brochures 2015
Taking inspiration from Film Noir stills and photography from the Golden-era, French artist Malika Favre was commissioned by London’s Human After All to create a series of illustrations constructed on two narrative layers; showing two sides of the movie story in a single image. Her aim was to capture BAFTA’s timeless elegance in a moment that brought together retro and modern, old and new, light and shadow. EDITORIAL NEW TALENT CATEGORY WINNER:
Rebecca Hendin – Eye Spy
This ‘cyborg inspired’ image created for STRIKE! Magazine depicts the paranoia inducing ubiquity of surveillance in contemporary society, a reality giving modern existence an almost dark, comical undertone in which no one truly knows who is watched and who is watching. With a stark color scheme and busy content, this illustration successfully highlights the feeling of paranoia, and is slightly unnerving to look at. 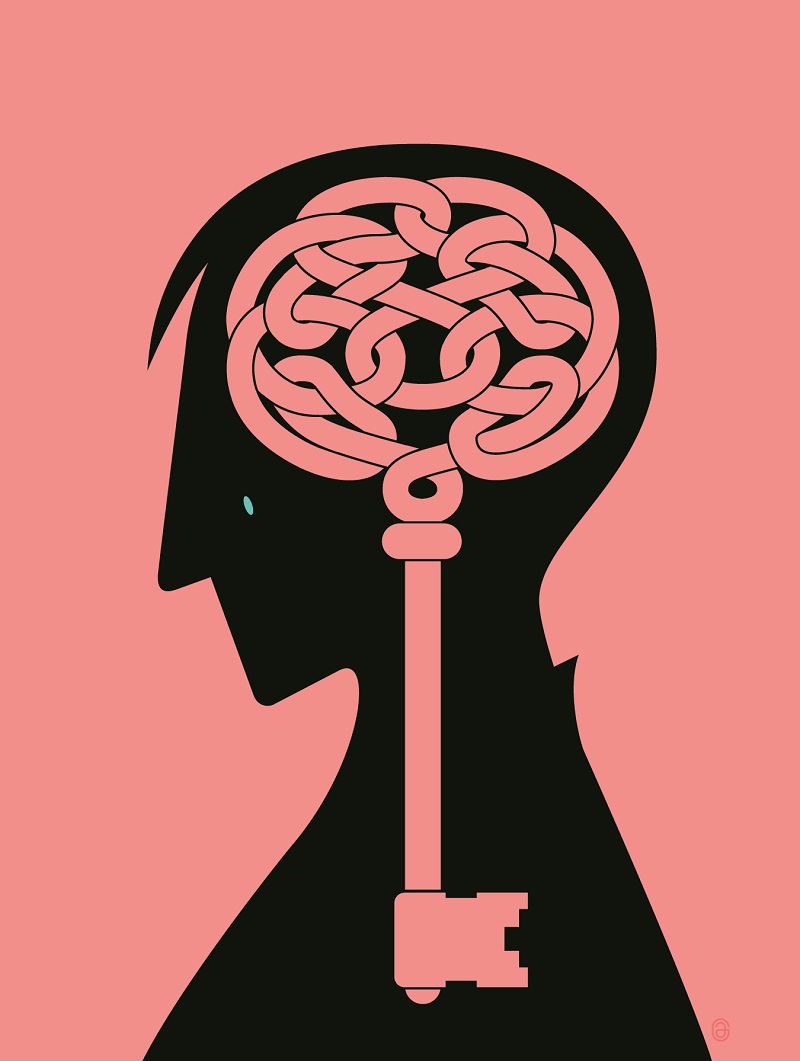 RESEARCH AND KNOWLEDGE PROFESSIONAL CATEGORY WINNER:
Aad Goudappel – Autism
This illustration was commissioned by BetterMed to accompany an article that discussed autism as the next step in evolution, and how studying the autistic brain might also help us to unlock the mysteries of the human brain in general. Dutch illustrator Aad Goudappel’s simplistic approach to the imagery for this brief was influenced by studying old keys and keltic knots. SELF INITIATED PROFESSIONAL CATEGORY WINNER:
Studio Muti – Jules Verne – Voyages Extraordinaires
French novelist Jules Verne is renown for his science fiction literature. His Voyages Extraordinaires are a compilation of tales set in an array of exotic locations, with many fantastical machines and inventions. This poster was illustrated by South African Studio Muti collective as a tribute to the author and these fascinating adventures, visually reminiscent of vintage book covers.

View all of the category winners here.