John S. Dykes was commissioned by First Interstate Bank to create maps to tell the story of the banks’ interaction with the people and culture of states in the western US.

John produced three large, detailed map illustrations of Wyoming, South Dakota & Montana for the campaign and has received recognition for the Wyoming map, which was selected to be in the 2017 Communication Arts Annual.

John is represented by Gerald & Cullen Rapp. See more of his work through his Directory of Illustration portfolio and at rappart.com. 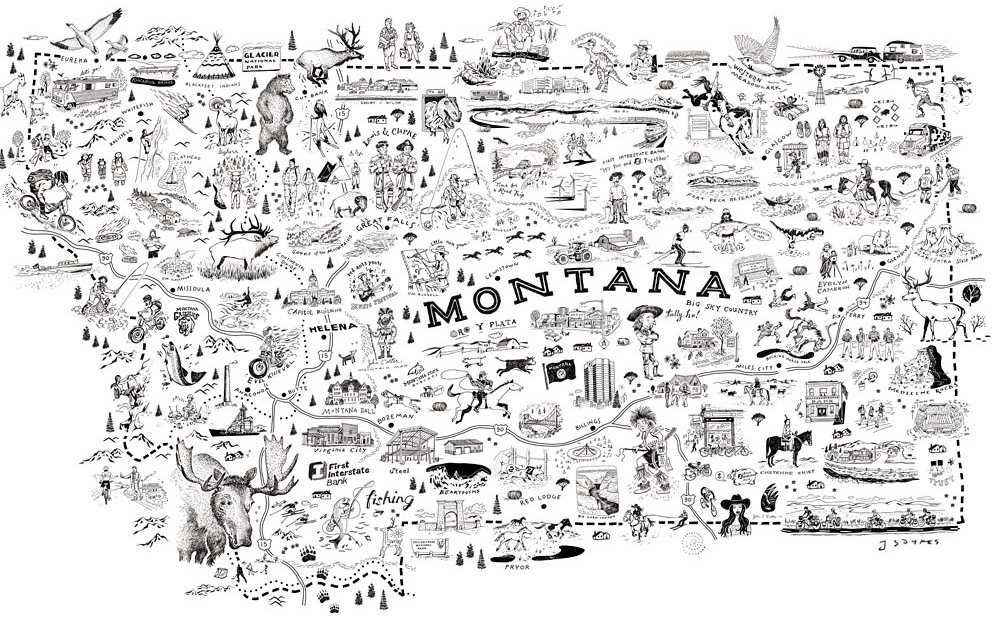 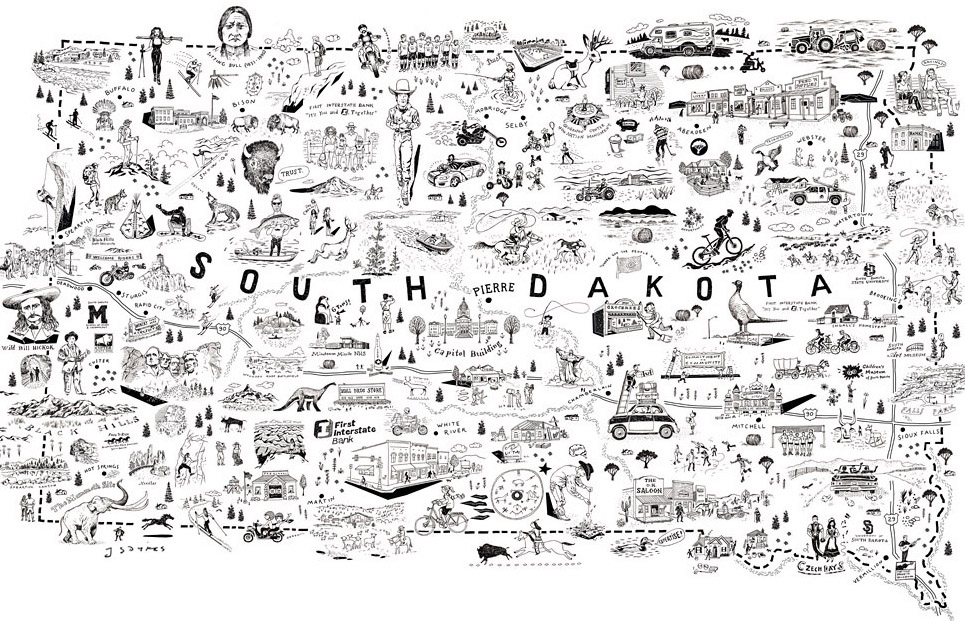