“The idea was to have the band in a classic-looking car flying through the air to their next gig, and causing a hurricane behind them, destroying London below them. I tried to hide a lot of detail into the design swirling around them in the hurricane, like roadies, amps, guitars and British artifacts. The band needed the album art in a really short amount of time, but we were able to pull it off in time and they were quite happy with the result.”

Check out more of Brian’s work through his Directory of Illustration portfolio and at flylanddesigns.com. 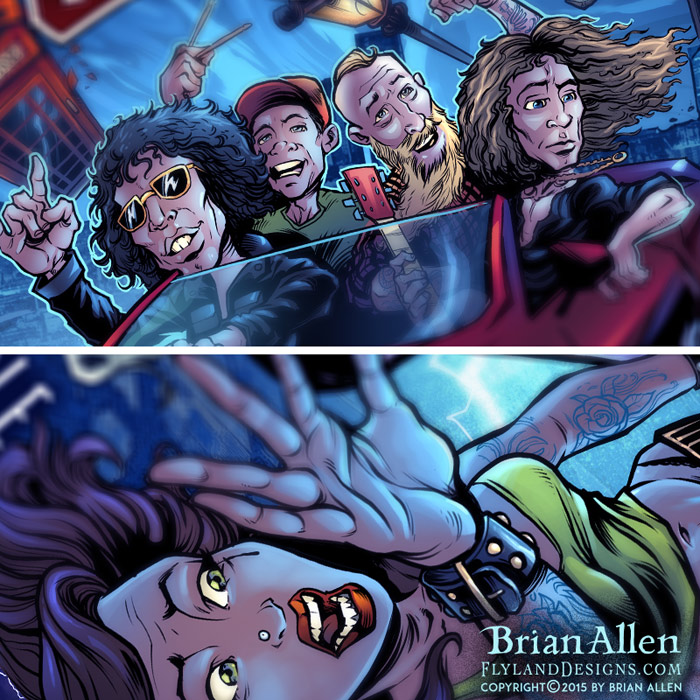 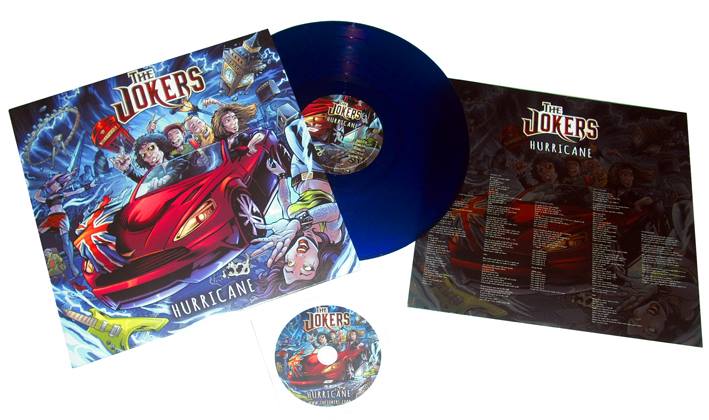