Rabbit Hole, a rapidly-growing spirits brand and craft distillery located in Louisville, Kentucky, asked local artist and native Jeremy Booth (Represented by Artistique Int.) to design this 40’ x 30’ mural on the 700 block of East Market Street in NULU! Commissioned to depict Louisville from Rabbit Hole’s point of view and to celebrate the local artist community for years to come, Booth spent more than a month developing the modern yet minimalist design. He comments:

It’s truly an honor to be involved in creating an enduring tribute to the vibrancy of NuLu. I live here and I’m anchored here because of the people and the fantastic community. I wanted to create artwork that truly represents the neighborhood, the businesses that are here and the people that inspire me and together, Kaveh Zamanian and I came up with the concept for the mural. I couldn’t be more pleased with the way it turned out.

Rabbit Hole has created a hashtag for photos of the mural and is encouraging people to tag #rabbitholemural in their social media posts, where the mural even includes a suggested location for taking the best Instagram-worthy images.

Booth’s fascination with drawing began as a young boy. Through the years his creative interests resurfaced as he pursued graphic design, where Jeremy spent half of his twenties teaching himself design techniques. While learning and working through his design career, he was introduced to digital illustration and found that he really connected with the medium. He has since then turned that exploration into a profession. Being an admirer of photography, Jeremy spends a lot of time studying light and harsh shadows. His work is inspired by his admiration and some have come to call his style “Vector Noir.” 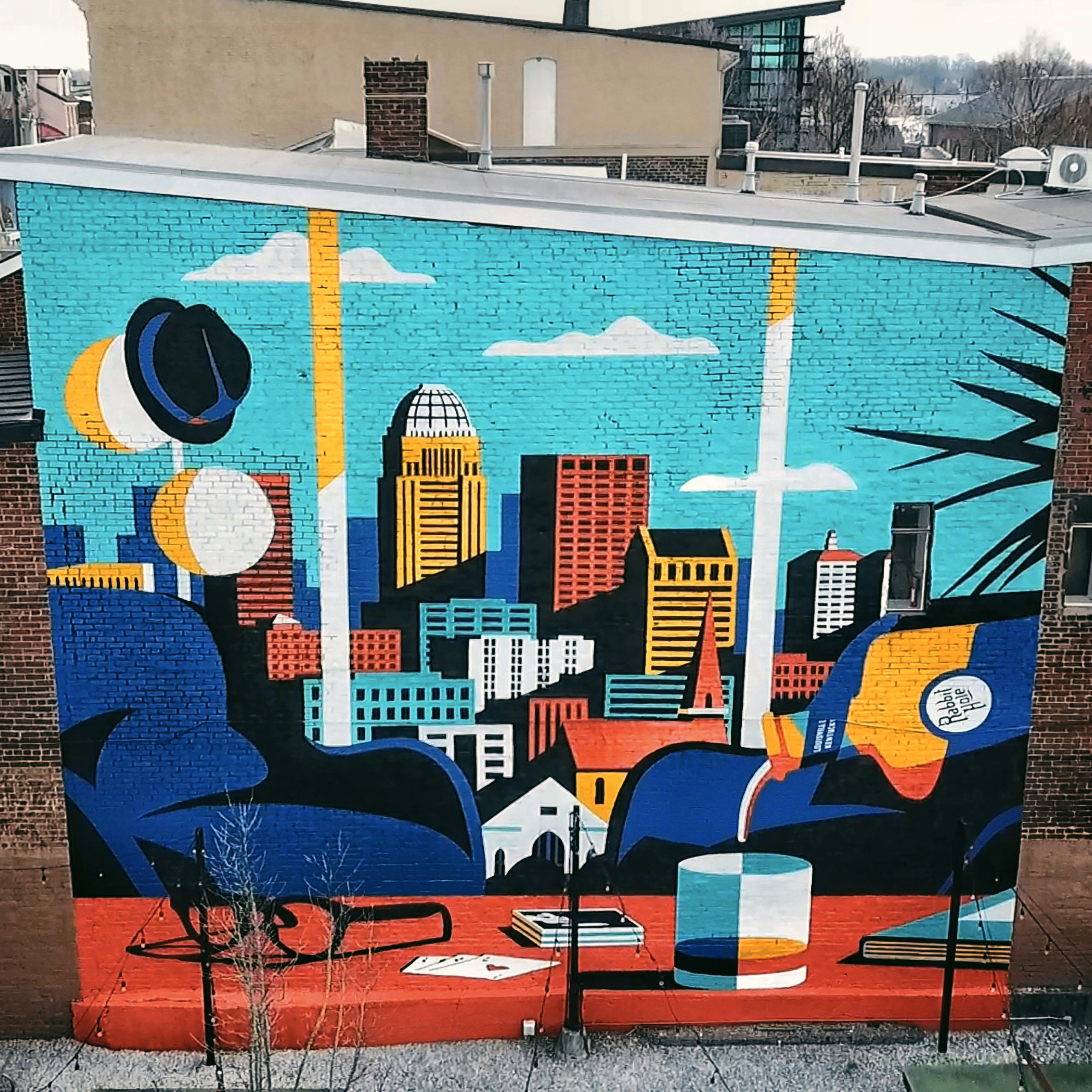